Independent horror specialist Jeremiah Kipp is prepping to shoot his new fright film SLAPFACE, based on his short of the same title, this fall. Read on for his exclusive words on the movie, which features genre fave William Sadler (pictured), along with the poster.

SLAPFACE, which also stars young actor August Maturo (THE NUN) and Mike C. Manning, was written and will be directed by Kipp, with Joe Benedetto and Manning producing and Shintaro Shimosawa (THE GRUDGE) executive-producing. Cinematographer Dominick Sivilli and creature performer Lukas Hassel are encoring from the SLAPFACE short. The synopsis: “Lucas [Maturo] lives with his older brother Tom [Manning] after the loss of their parents. Being bullied by neighborhood kids, Lucas befriends a monster [Hassel] in the nearby woods, and trouble ensues. The town sheriff, John Thurston [Sadler], tries to thwart the wrongdoings of Lucas and the monster before it is too late.” 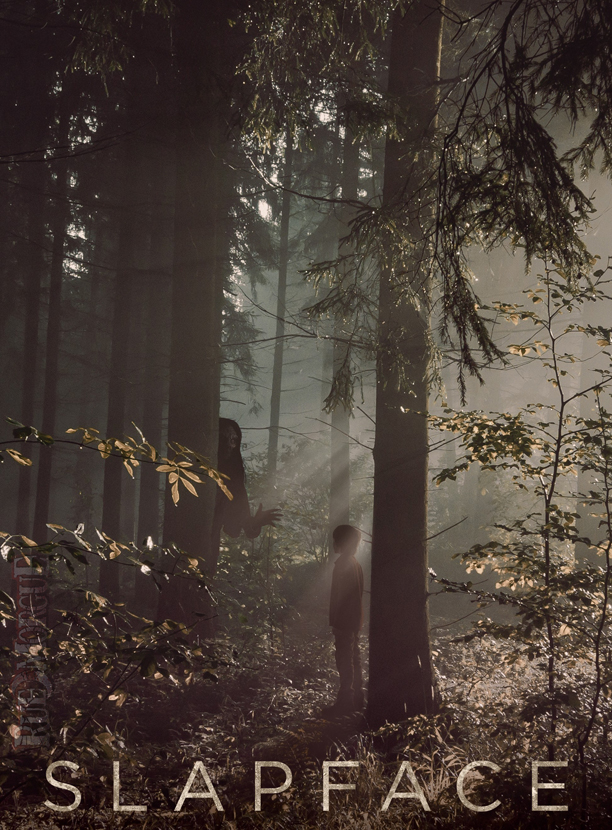 “While I’ve been able to make several work-for-hire genre films as a director,” Kipp tells RUE MORGUE, “I was always inspired by the personal filmmaking of writer/directors like Larry Fessenden.  With SLAPFACE, I wanted to make a movie about where I grew up, and part of my childhood always involved a sense of wonder about monsters. My grandfather raised me, and he grew up in a brutal environment where Frankenstein and Dracula were a source of comfort for him. He’d often imagine the monster swooping in and killing his enemies, but the old curse says the one who seeks revenge had better dig two graves. I took the monster of his imagination and made the creature literal, and deadly, in SLAPFACE.”

Sivilli initially suggested that Kipp make the SLAPFACE short as a proof of concept for the atmosphere and terror he aimed to capture in the longer version. “We wanted to show potential producers this wasn’t HARRY AND THE HENDERSONS, but something eerie and uncomfortable and brutal,” Kipp notes. “The short film had a successful two-year festival run, and when Joe Benedetto and Mike C. Manning were on the lookout for a genre film, the short allowed them to fully get the tone of the feature-length script. They’re great producers; smart and supportive and there for the project.” As for the cast, “Sadler brings depth and nuance to all his work, and I can’t wait to see August and Lukas collaborate; they’re both daring, fearless and sincere. My kind of actors.” Keep your eyes here for more on SLAPFACE as it goes into production!