Exclusive clip: Zombie vs. sexual harasser in “DAY OF THE DEAD: BLOODLINE”

An assault on the film’s heroine is interrupted by the undead in an exclusive excerpt from DAY OF THE DEAD: BLOODLINE that you can see past the jump.

Arriving in select theaters and on VOD and digital platforms next Friday, January 5, DAY OF THE DEAD: BLOODLINE is billed as a “reimagining” of George A. Romero’s zombie classic, directed by Hèctor Hernández Vicens (THE CORPSE OF ANNA FRITZ) and scripted by Mark Tonderai (HOUSE AT THE END OF THE STREET) and Lars Jacobson. Sophie Skelton, Johnathon Schaech, Marcus Vanco, Jeff Gum, Mark Rhino Smith and Lillian Blankenship star; according to the official synopsis, “DAY OF THE DEAD: BLOODLINE is set in a postapocalyptic, zombie-filled world where a former med school student is tormented by a dark figure from her past. The only thing is, he’s a half-human, half-zombie hell-bent on destroying her world.” 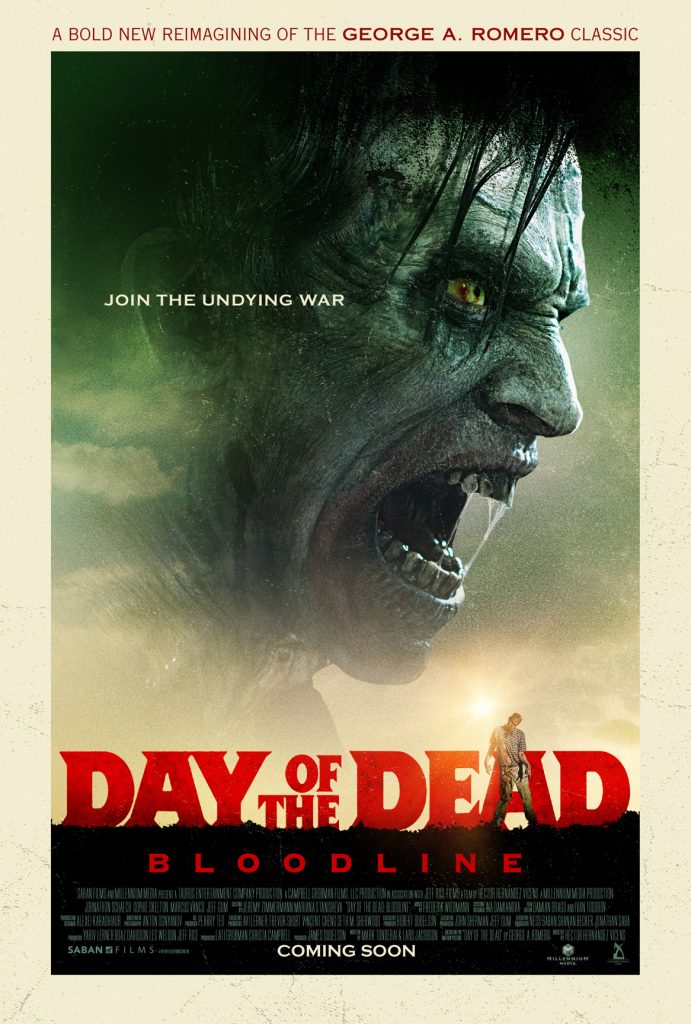