Exclusive clip, plus trailer and poster: “THE LOST FOOTAGE OF LEAH SULLIVAN” is about to be found

World-premiering next month, THE LOST FOOTAGE OF LEAH SULLIVAN brings memories of murder back to terrify the present. Read on for the info, trailer, poster and an exclusive excerpt.

Recently acquired for release by Artist Rights Distribution, THE LOST FOOTAGE OF LEAH SULLIVAN has its world premiere Wednesday, December 11 at 7:30 p.m. at Los Angeles’ Cinemark 18 & XD (6081 Center Drive), open to the public with cast and crew in attendance (you can purchase tickets here). Burt Grinstead directed from a script he wrote with Anna Stromberg (from an original story by Grinstead and Rob Runyeon), and Grinstead and Stromberg also star along with David Nash, Maureen Keiller, Denise Walker, Jimmy Driscoll, Matthew Pilieici and Rhonda Johnson. The synopsis: “A young journalism student decides to return to her hometown to investigate a brutal murder that took place 30 years prior. Without much hope of finding any real answers, she interviews a series of local characters, all of whom leave their own bewildering take on the legendary Mulcahy Murders in her student film. As the facts unravel, she begins to realize that this cold case murder may not be so cold after all. Along with the help of the handsome deputy police officer, Patrick Rooke, she begins to uncover the horrifying truth of what really happened that night 30 years ago. As she gets closer to discovering the truth, she edges even closer to her own demise. Will her blind ambition overtake her desire to survive?” 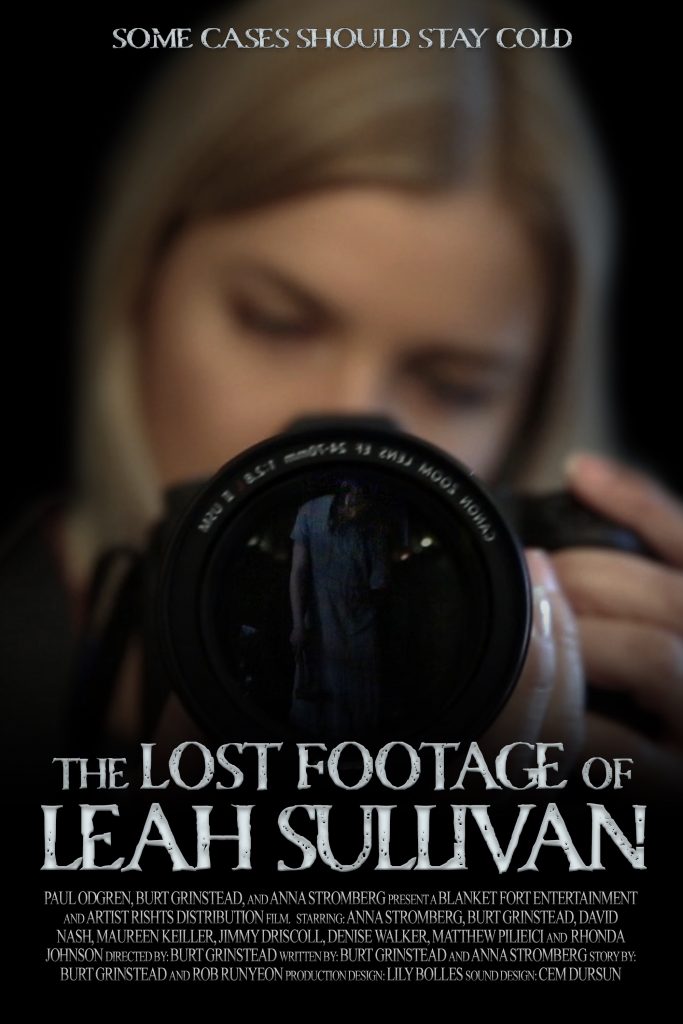