Exclusive clip: Hairy horror in a holy house in “THE AMITYVILLE MOON”

Lionsgate has released THE AMITYVILLE MOON on VOD/digital platforms and DVD. Written and directed by Thomas J. Churchill, it stars Cody Renee Cameron, Alex Rinehart, Tuesday Knight (A NIGHTMARE ON ELM STREET 4), Trey McCurley, Michael Cervantes, Augie Duke (6:45), Alexis Iacono, David B. Meadows, Katarina Leigh Waters and Kelsey Zukowski. The synopsis: “What if a house of holiness turned out to be a haven of evil? As Alyssa [Rinehart] and Karla [Zukowski] try to escape from the church home that holds them captive, Karla is slaughtered by a vicious, semi-human creature. After Detective Kimball [McCurley] tracks down Alyssa at a rowdy biker bar, she tells Kimball that women inmates disappear every full moon, and shows him the silver bullets in her gun. Now the two must return to the halfway house to confront the priest and nuns—and the snarling, savage evil—that dwell within.” 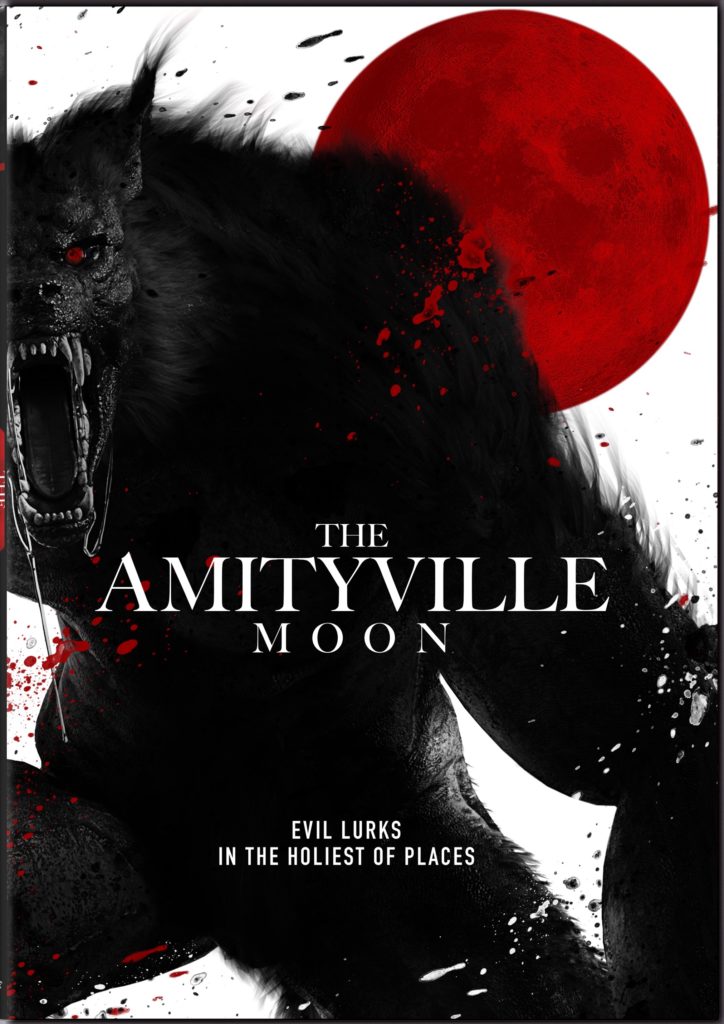