Just in time to bring some grossness for the holidays, the horror/comedy UGLY SWEATER PARTY will be available exclusively on Amazon Instant Video starting this Friday, November 23, and we’ve got an exclusive excerpt to share.

Written and directed by Aaron Mento, UGLY SWEATER PARTY stars Charles Chudabala, Hunter Johnson, Sean Whalen (THE PEOPLE UNDER THE STAIRS), SLEEPAWAY CAMP’s Felissa Rose, Brad Potts, Lara Jean Mummert, Tiffani Fest, Marv Blauvelt, Emily Dahm, Berna Roberts, Matt Holbrook, Jody Barton and Kevin Caliber. The synopsis: “On Christmas Eve at a campsite deep in the woods, an ugly sweater party is in full swing. Best friends Cliff [Chudabala] and Jody [Johnson] arrive expecting some mistletoe action from the sexy twins who invited them, but soon realize that they are at a Bible camp. To make matters worse, Cliff is wearing a sweater possessed by the ghost of notorious serial killer Declan Rains [Whalen]. While the evil sweater slowly possesses Cliff, Jody also realizes that the party guests aren’t as innocent as they first seem. In fact, every camper holds a dark secret that infuses the party with dangerous sexual tension. Just when the pressure between campers reaches a fever pitch, Cliff falls victim to the bloodthirsty rage of the diabolical sweater and a new nightmare begins.” 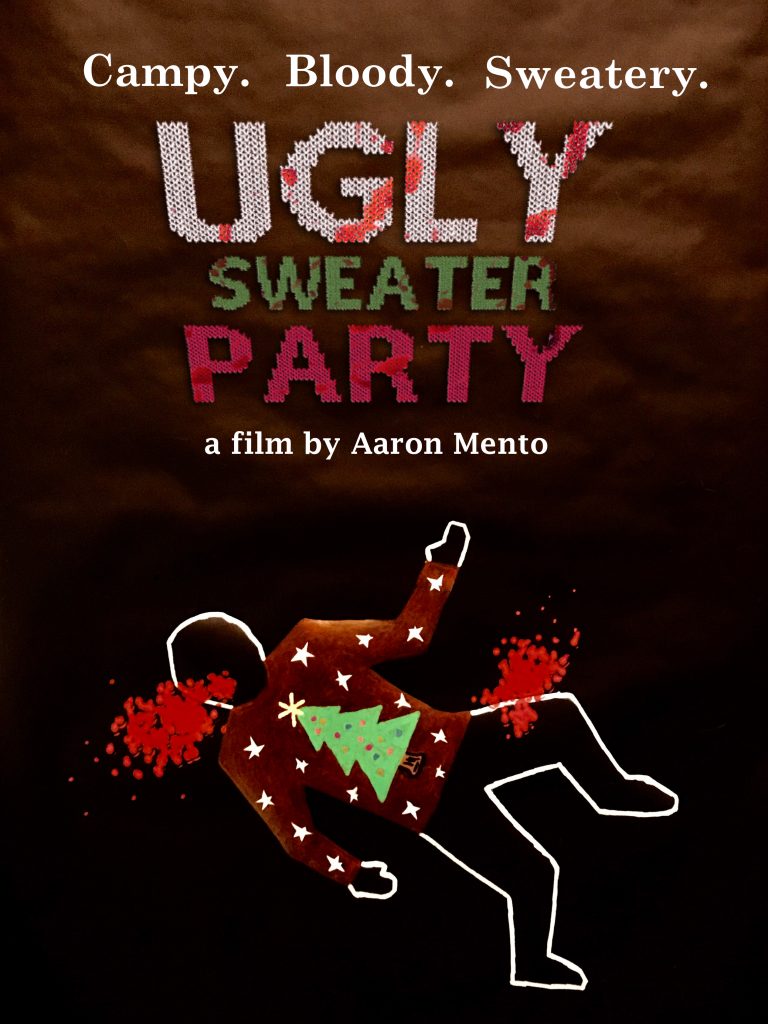