Erin Brown (a.k.a. Misty Mundae) and Linnea Quigley take on a violent future in “THRUST!”; trailer and poster

The dystopian shocker will be playing special screenings in Ohio (where it was shot) soon with cast and crew on hand.

THRUST! is the first feature from Tranzient Pictures, directed by Victor Bonacore and based on the story by Hannah Neurotica, starring Erin Brown (from MASTERS OF HORROR: SICK GIRL and the actress formerly known as Misty Mundae), veteran scream queen Linnea Quigley, Allison Egan, Ellie Church, Michael Shershenovich, Roni Jonah, Sadie Tate and independent wrestlers Queen Aminata, Jessicka Havok, Ace Austin and Madman Fulton. According to the official synopsis, the movie features “a dystopian world run by girl gangs. The story centers on two lovers, Aloe and Vera, hailing from The Punk Boiz as they embark on a marijuana-fueled revenge journey, weaving their way through the colorful apocalypse trying to rid their world of the last scumbag alive, who is wreaking havoc amongst the female-ruled future.”

THRUST! has its Ohio premiere Saturday, August 6 at 10 p.m. at the Little Art Theater in Yellow Springs, OH, with Bonacore, Brown, Quigley and others from the ensemble on hand; tickets can be purchased here. It will then have an encore screening Sunday, August 7 at 7 p.m. at The Neon in Dayton, OH, with Quigley and others attending; get tickets for this show at the Neon website. 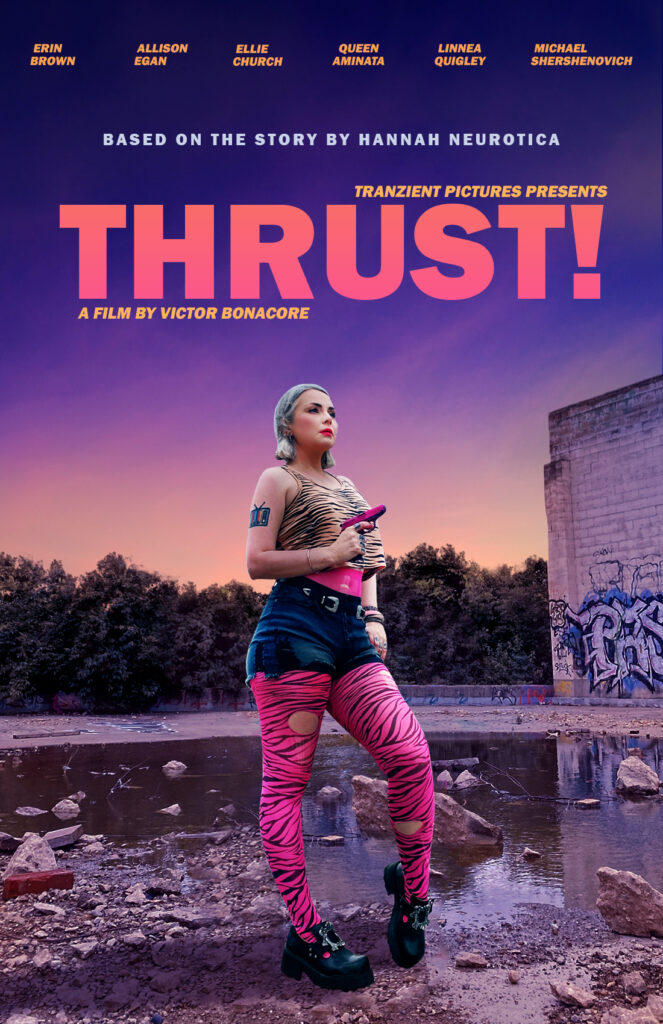