Enter “THE ENDLESS” on disc and digital this summer

One of the year’s most acclaimed—and surreal—genre films is coming home next month on multiple formats; read on for the details.

Well Go USA has announced that Justin Benson and Aaron Moorhead’s THE ENDLESS will arrive on Blu-ray, DVD and digital platforms June 26. Benson and Moorhead also star in the film, along with Callie Hernandez, Emily Montague, Lew Temple, Tate Ellington and James Jordan. The synopsis: “Two brothers receive a cryptic video message inspiring them to revisit the UFO death cult they escaped a decade earlier. Hoping to find the closure that they couldn’t as young men, they’re forced to reconsider the cult’s beliefs when confronted with unexplainable phenomena surrounding the camp. As the members prepare for the coming of a mysterious event, the brothers race to unravel the seemingly impossible truth before their lives become permanently entangled with the cult.”

No special features have been announced for the discs. Check out our review of THE ENDLESS, and our interview with Benson and Moorhead. 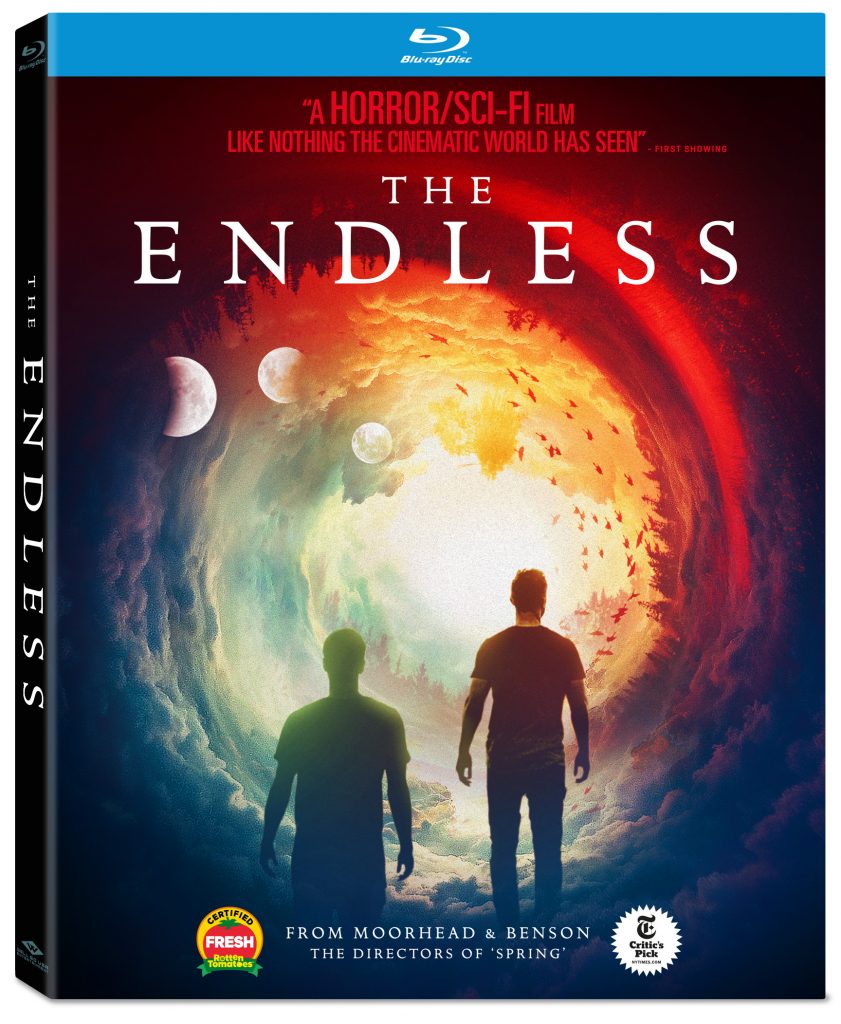