If you’re one of the (too many) people who missed it in theaters, you’ll soon be able to catch one of the year’s best genre films on digital and disc.

Universal Pictures Home Entertainment releases LAST NIGHT IN SOHO on digital platforms January 4 and 4K Ultra HD, Blu-ray and DVD January 18. Directed by Edgar Wright and scripted by Wright and Krysty Wilson-Cairns, it stars Thomasin McKenzie, Anya Taylor-Joy, Matt Smith, Diana Rigg, Terence Stamp and Michael Ajao. The synopsis: “Eloise [McKenzie], an aspiring fashion designer, is mysteriously able to enter the 1960s, where she encounters a dazzling wannabe singer, Sandie [Taylor-Joy]. But the glamour is not all it appears to be, and the dreams of the past start to crack and splinter into something far darker.”

Special features on the hi-def discs and digital are:

The DVD will include the commentaries, featurettes, deleted scenes and animatics. 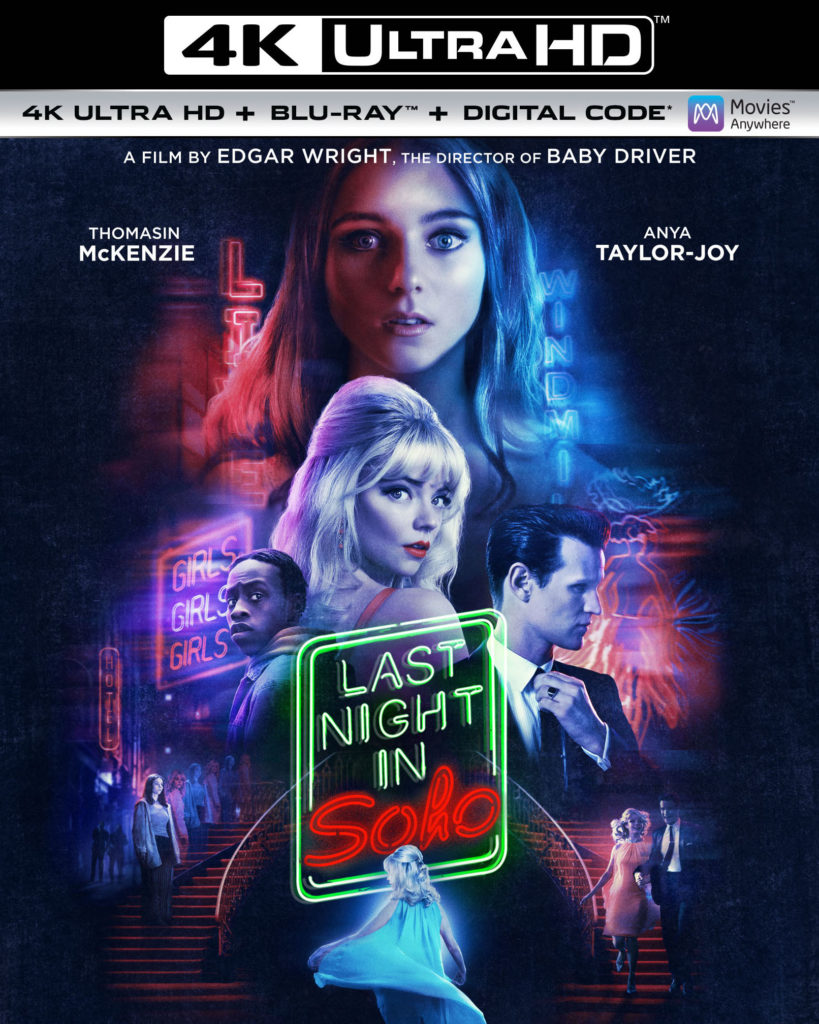