BLOOD OF THE CHUPACABRAS (2003):  A group of local townsfolk are led by a treasure hunter into a nearby mine in search of gold but encounter a vampiric Chupacabra monster and the townsfolk that the beast has turned into murderous slaves.

REVENGE OF THE CHUPACABRAS (2005): A detective in search of a missing college student is lured by a madman into the lair of the fabled Chupacabras monster and he and several locals must face off against this early CGI monstrosity. 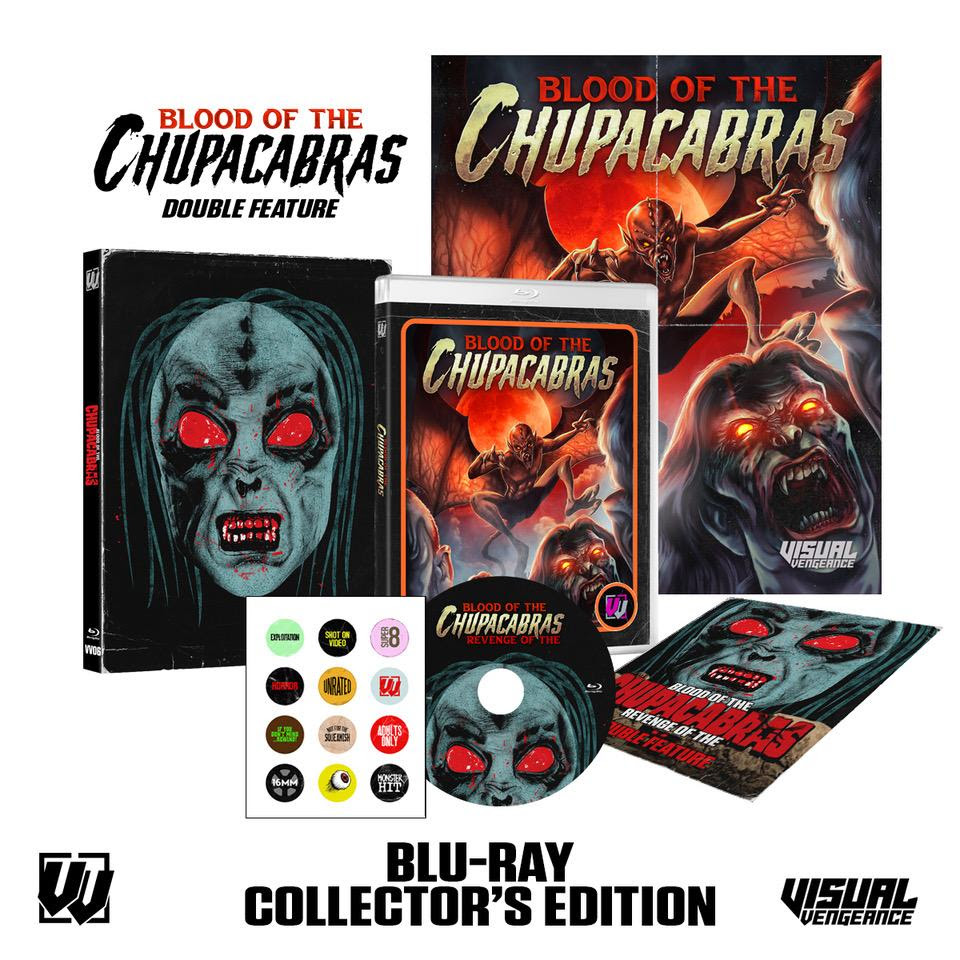