Horror is a family affair in the film releasing next month.

Dark Star Pictures has announced its release of DAUGHTER in select theaters and on VOD/digital platforms February 10; it will then hit DVD on May 9. Written and directed by Corey Deshon (scripter of 2019’s TRESPASSERS), it stars genre vet Casper Van Dien, Elyse Dinh, Vivien Ngô and Ian Alexander. The synopsis: “A young woman is kidnapped and inducted into a bizarre family as their new surrogate daughter. As she navigates through this twisted dynamic, awful secrets about the past are revealed, leading to even darker implications about the future.”

Filmmaker Deshon says in a statement, “From the wars we fight over our conflicting worldviews, the insane mental gymnastics we conjure in order to justify them, and the insignificance of truth in the absence of freedom, comes DAUGHTER. Shot on 16mm film with a predominantly Vietnamese cast, DAUGHTER is a uniquely diverse and genre-bending tale in the vein of DOGTOOTH meets 10 CLOVERFIELD LANE.

“Inspired by feminist existentialist philosopher Simone De Beauvoir’s THE ETHICS OF AMBIGUITY, this film is a meditation on the morality and ethics of freedom and creative expression within an oppressed system. Through this surrealist psychodrama, we seek to explore the questions, ‘Can one truly be free if they do not will the freedom of others?’ and ‘If that freedom must come at a moral cost, who is going to pay?’ ” 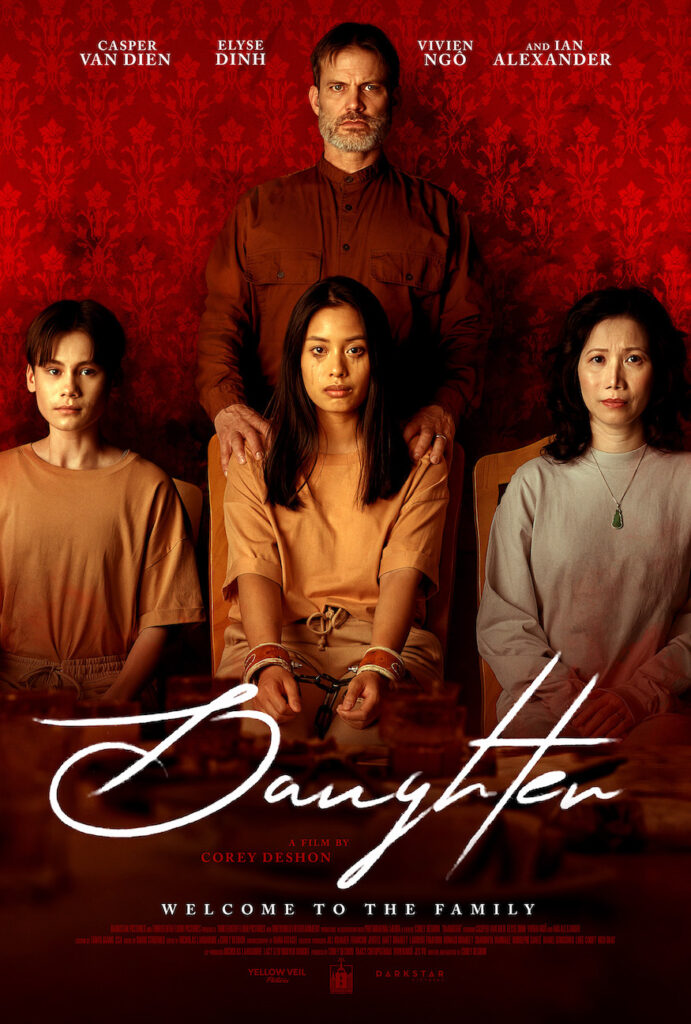