Did you ever wonder how Mick Garris tackled such a monolithic work of horror into a mini-series? Did you ever wonder what Stephen King’s involvement was with this adaptation? All is revealed here as Ian Neligh uncovers these questions and the magic of filming in The Stanley Hotel. Read more about The Stanley Hotel in Ian’s piece about this iconic horror location in the November/December X Mas Issue #191 of Rue Morgue. 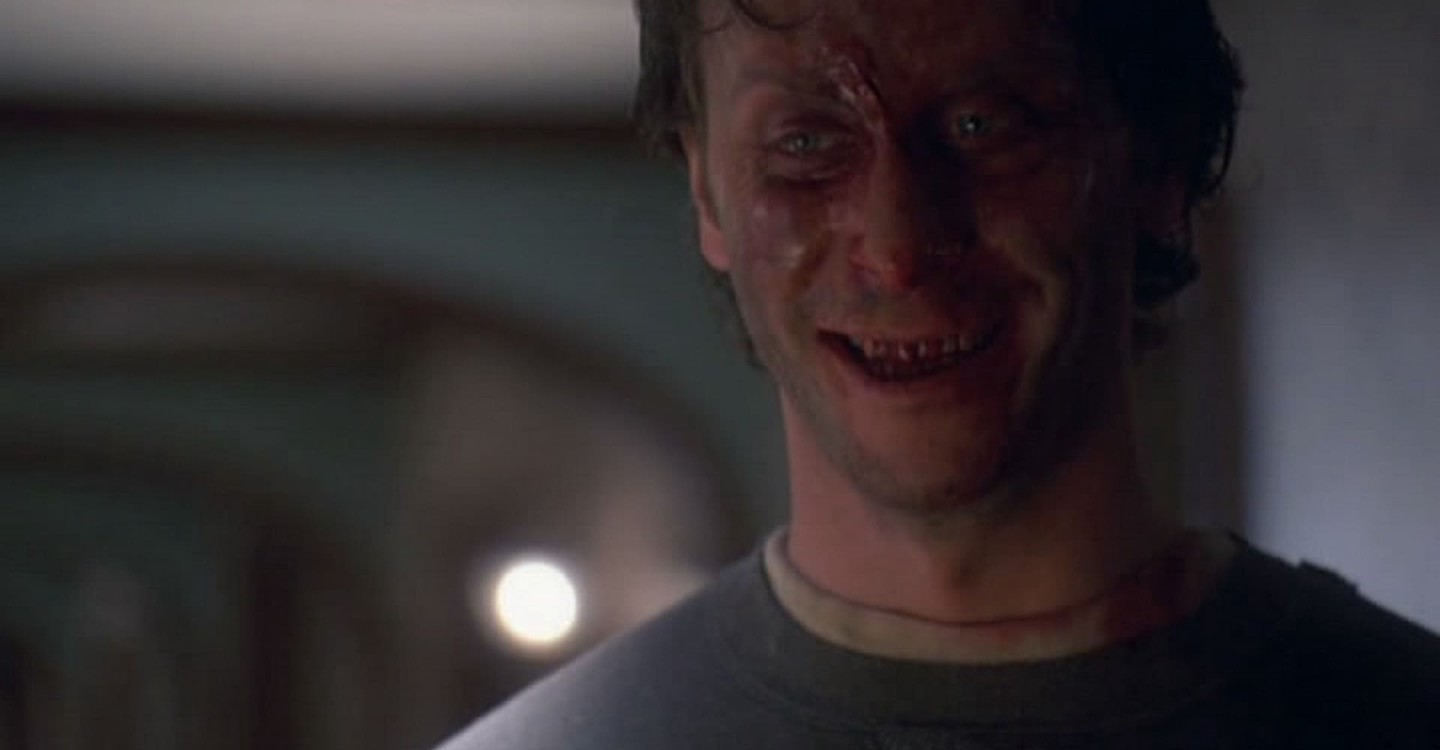 Given the book’s reputation as being one of the most famous horror novels of all time, and all the expectation that comes along with that, did you have any hesitation when deciding to take on the project?

Well, I’m kind of a naïve individual and I never thought about competing with the Kubrick film. But I remember in my youth getting to see the movie a couple of days before it came out and it broke my heart because I was passionately in love with that book — easily my favorite horror novel of all time. Although I didn’t appreciate it then, I learned to appreciate it later that it is a great Kubrick film, but it is not a great King adaptation. I thought here we are 27 years after the fact, this script by King who was never really a fan of the Kubrick film, that it was an opportunity to adapt King’s book to the screen and that was thrilling. I never really thought about it being something, I know it was naïve of me, but that this was something that would be compared to a film that has become iconic and classic and all of that. Until I actually called Gary Sinise when we were in the very early stages… to see if he would be interested in playing Jack Torrance. Gary and I had a great time on The Stand, he was so wonderful and he said, “you know, I’m not so sure I’d be comfortable stepping into Mr. Nicholson’s shoes.” Then I realized, “Oh, that’s right, there’s that other movie,” and there’s probably going to be a lot of people who are going to feel that way about it — especially an actor who is going to be playing a role that was made iconic by Nicholson. So that was when it first made me realize, yeah there’s another level to doing this other than just making the best mini series possible.

How was it decided that the mini series would be filmed in the actual Stanley Hotel in Colorado?

I kind of forced that issue. We were being sent on a location scout to Canada because of tax situations and all the budgetary advantages to shooting in Canada have long been strong. So I said, “On our way, may we please stop at The Stanley in Colorado? We really should at least see the place where it was all started.” The actual Overlook Hotel. So a Warner Brothers executive or two was along, a couple of producers, myself — we went and shared at The Stanley Hotel for a night. I said, “listen, do we really need to go on to Canada? I mean this is perfect. It’s not only perfect but this is the actual place.” And once you are in the hotel and actually see it and the world of The Shining opens up to you in full 3D presence‚ it was hard to fight. And even the studio executive at Warner Brothers said, “let me make the call.” He told them what I had said, what he felt and what anyone who was there would have found obvious is that this is the place to do it and we made it happen that way. It wouldn’t have happened if we had just skipped and gone on to scout the location in Canada that the studio had wanted.

“…and [Stephen King is] up there in a room tap-typing away while we’re creating ghosts and monsters around him.”

Did you find filming in the actual location, which King has said helped to inspire the novel, added anything unique to the filmmaking process? Did it present any challenges?

Not so many challenges because the hotel was closed down for the bulk of the shoot. Whenever we were shooting, it was closed to guests. But it was closed down during the winter season when we shot. The most graphic physical challenge was that it was built in a snow shadow which means that it is in a geographical spot that doesn’t get snow even when everywhere around it is pouring down snow. It does snow there, but not nearly as often or as heavily as it does right around it, even in the town of Estes Park. So we had the scenes particularly the topiary scenes to shoot and there was no snow. It was a very grumpy snow season. So we made snow, but you couldn’t cover the trees which were quite tall, and the made snow is not as thick and as powdery as it is really, it was chipped ice or soap suds. So we did it and it was a very complicated scene…because of all the different pieces it was very much like a jigsaw puzzle to put together… So to be limited by my shots by what we could see there was especially frustrating, that was a really hard scene to do and to make sense to the actors because of the jigsaw nature of how it had to be shot. However, the night after we shot the scene we had a huge snowfall, it blanketed the snow and it was beautiful. I threw out everything we shot and reshot everything from scratch. It was amazing luck and the scene was tough enough, but it was frankly shitty before the snowfall. So technically that was the biggest challenge.

Was Stephen King involved with any of the actual onset filmmaking?

He was not just executive producer in name, but in actuality. First of all, he wrote the screenplay, secondly he was there for probably three-quarters of the shoot. He had been on The Stand for about half of the shoot off and on, but even more so here because he was also writing The Green Mile, while we were shooting The Shining. He would hand me a sheath of pages every couple of days while we were shooting, so I was reading The Green Mile before it was published and it was thrilling, and he’s up there in a room tap-typing away while we’re creating ghosts and monsters around him. 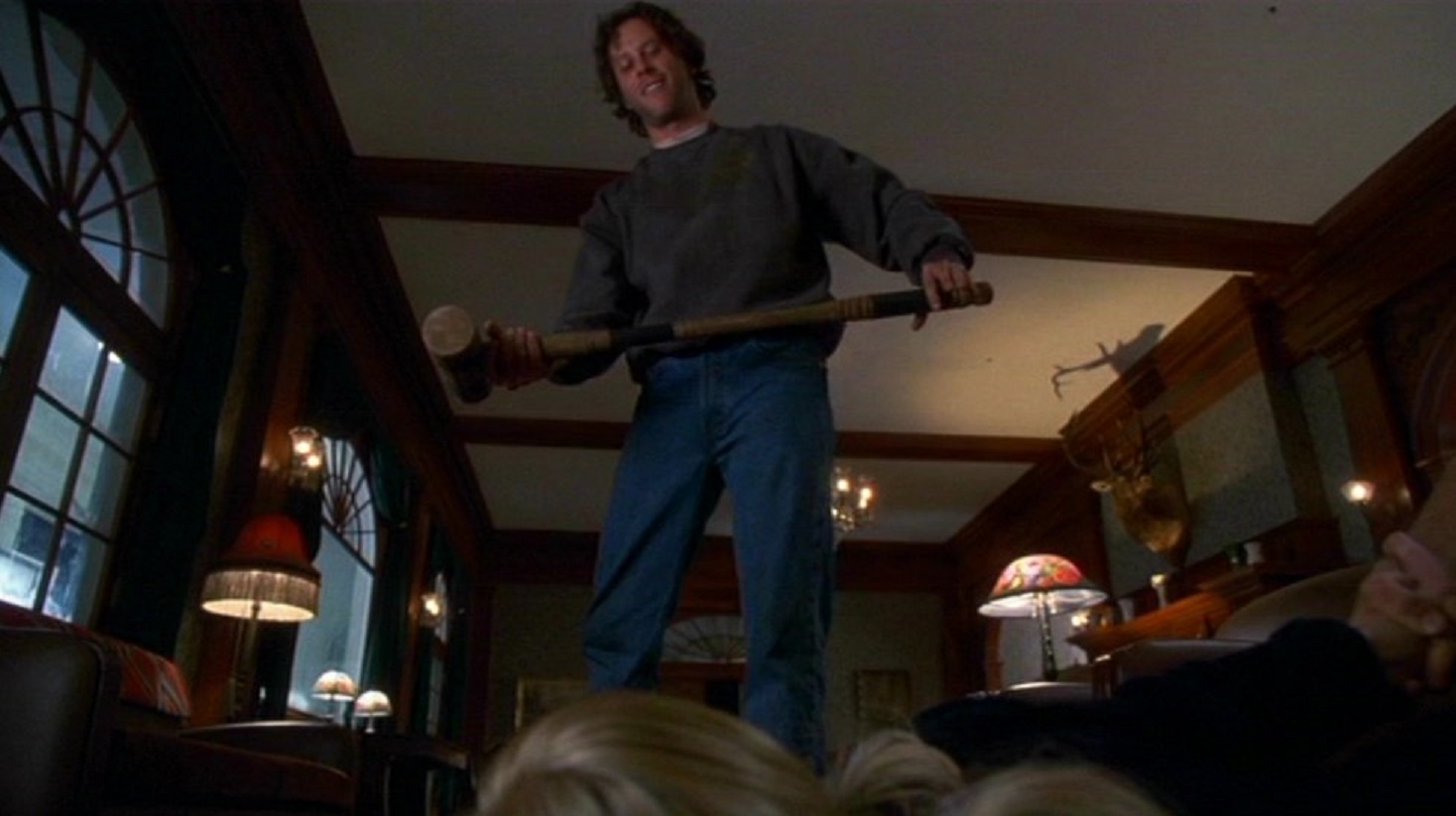 The hotel has a famous reputation for being haunted in real life — did you, or your crew, experience anything unusual while filming The Shining?

There were crewmembers, including Stephen Weber — Weber was staying in the hotel originally because he thought it would help his performance, but crewmembers would do things to mess with him. But he would hear things and see things that made him very uncomfortable staying there… I did not have any of that kind of experience and would love to because I am skeptical and am eager to be proven wrong. One thing that we did all experience, we had taken over the hotel and only cast and crew were staying in it while we were shooting the film. So we’re shooting a scene in the lobby and we kept hearing clanging overhead. Well, we’re trying to shoot the scene and having to cut and start over and start over. Well, we went up and the source was the room directly above where the first assistant director was staying, of course he’s on set, and we repeatedly went up to that room and there was nobody there or anywhere else, but on set because we kind of owned the place so that happened. Eventually it stopped and nobody could ever figure out what it was. But that’s the most supernatural thing that happened there.

There are many Stephen King projects you’ve directed during your career — what is it about the author’s work that speaks to you?

It’s a two-way street. What appeals to me is that sense of humanity, that we identify with these characters — we are these characters. He’s written about blue-collar people in real-world situations who shop at Sears or Walmart… and they’re human. They’re really human stories and I feel a real affinity for those characters. You know a Stephen King novel is identifiable on the first page. Just that voice is so recognizable and so warm and so deep. His books are so character-oriented. He’s a few years older than me, but generationally we’re pretty close and have had a lot of cultural experiences that were the same, whether it is Twilight Zone or comic books or watching the Universal Monsters on TV. So there’s that end of it, but also once we met and replied how much we have in common: we were both brought up by single mothers in very low and blue collar upbringings and a lot of cultural touchstones, like I said. We just got along really great. We’re very simpatico, with the same point of view on approaching a story — we don’t agree on everything, which is great… I never once had him tell me how he thought I should shoot a scene. I’ve asked him his opinion of various elements or he’s been on casting decisions and it is always great to get his input, but we really have a fun time working together. It’s been awhile and I hope that we will again, but I also think that he appreciated the respect that I gave to his work and to what I do — whether it is King material or not — it tries to be very character oriented and story oriented and a narrative that makes logical sense and set in a very real world no matter how unreal it has turned.