Fans of America’s favorite serial killer have something to scream about! 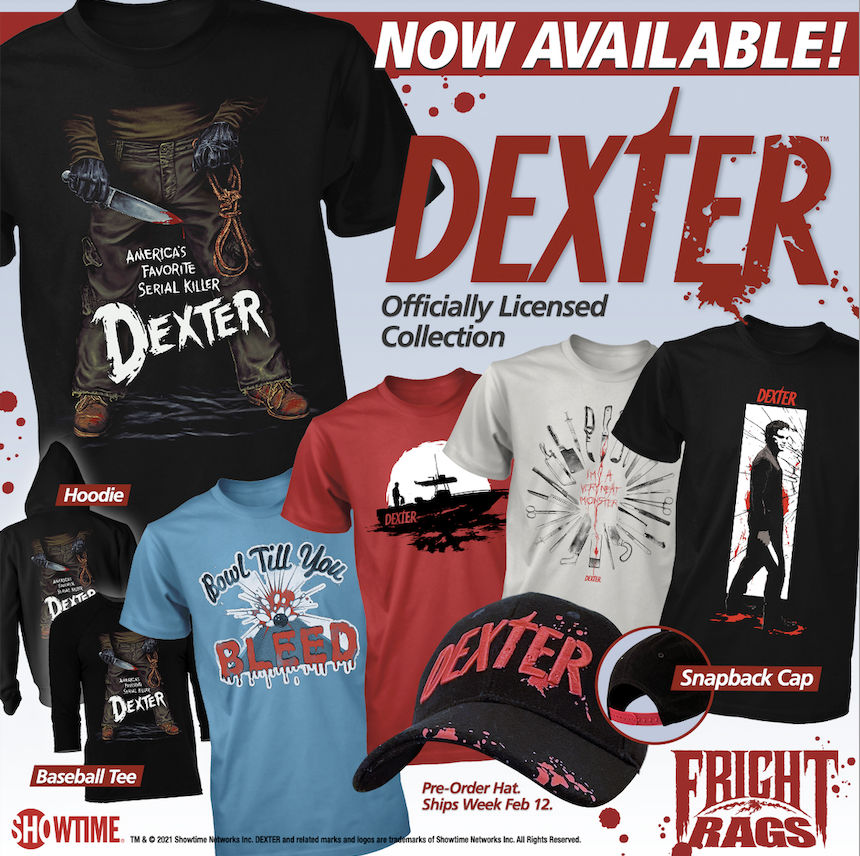 Ring in the new year with officially licensed Dexter apparel, plus restocks of five classic designs exclusively from Fright-Rags! Hot off the news of a series revival, Fright-Rags has released its Dexter collection. It features four T-shirts, including an homage to Maniac, and a blood-spattered snapback hat. Fright-Rags has also brought five fan-favorite tees back from the dead with reprints of Return of the Living Dead, They Live, Horror of Dracula, Creepshow, and The Crow. The horror apparel company has plenty more in store for 2021, including an Evil Dead 40th anniversary collection later this month.

The Dexter collection and restocks are on sale now at Fright-Rags.com. 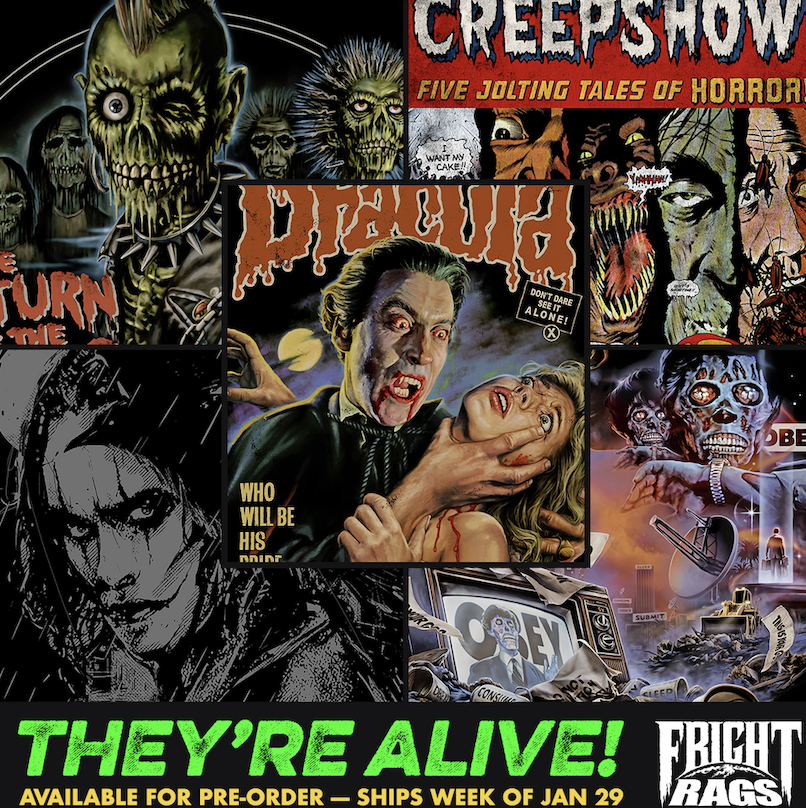