They wear a lot of black, sport piercings and tattoos, bear mysterious monikers like “Jex” or “Corpus”, and they have one thing to say: You’re probably a Satanist, too. That’s the core message behind director Penny Lane’s charmingly provocative new documentary HAIL SATAN? which played to wild applause and hoots from a receptive audience at Chicago’s Music Box Theatre on Saturday.

Tracing modern devil-worship from its LaVeyan roots in the 1960s to it’s evolution into the nontheistic, politically active modern Satanic Temple (founded by Lucien Greaves in 2013),  Lane’s film puts a human face on a movement that is frequently misunderstood by society at large as evil, or, even worse, an organization for trolls. Sure, the Satanic identity may be rooted in a desire to court controversy through anarchic irreverence (early on, we see Greaves gingerly place his testicles on the gravestone of Westboro Baptist Church Founder Fred Phelps’ mother) but, as one interviewee describes it, blasphemy is “a declaration of personal liberty” and it’s all in service of their greater cause: “to encourage benevolence and empathy among all people, reject tyrannical authority, advocate practical common sense and justice, and be directed by the human conscience to undertake noble pursuits guided by the individual will.” 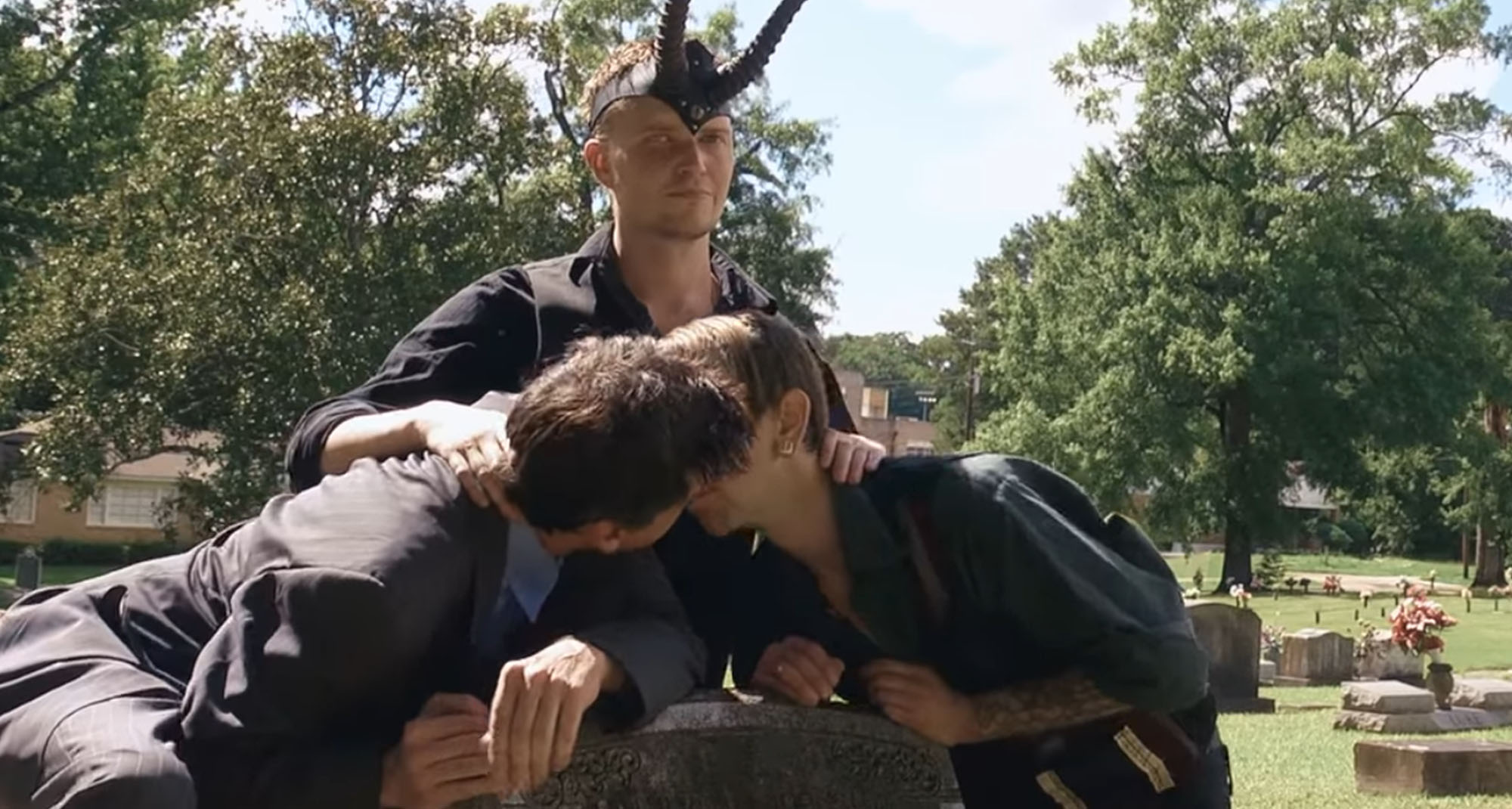 On hand at the screening was the erudite, powder blue sport-coated Lux Armiger, Chairperson of the fairly recently formed Chicago branch of the Temple, who describes Satanism as a form of “weaponized atheism” that is used to point out the religious preferentialism that has leeched into our government. For example: Greaves and his cohorts are currently locked in an ongoing legal battle with the state of Arkansas concerning its recently erected monument to the Ten Commandments on Capitol grounds, insisting that their own ginormous (and quite beautiful) statue of Baphomet be allowed to share the same space per the law’s dedication to the pluralism of religious expression as intended by our founding fathers. The way these horn-wearing freaks use the government’s own laws against it isn’t just fun to watch, it’s an important civics lesson for those looking to challenge the system.

Anyone inclined to believe that the Satanic Temple is “just causing trouble” or that this is all a lark need only note the scene in which Greaves dons a bulletproof vest for the statue’s unveiling or any of the countless moments in which the shrieking faithful hurl insults and damnations at he and his followers. If there was any question, HAIL SATAN? is proof positive that Christian exceptionalism is alive and well in America and that of course, is the very reason the Temple is necessary. When asked why a famously permissive blue state like Illinois needs a Temple presence (Chicago has the distinction of hosting a Satanic monument on its government grounds for longer than any other U.S.  city) Armiger is quick to say: “Complacency is how you lose rights. It’s not a coincidence that this chapter began just after the most recent election. We’re here to draw a line in the sand and tell potential, aspiring theocrats “not one inch.”

To paraphrase the documentary: “If you believe in freedom of expression, freedom of thought and Science, you’re a Satanist, whether you like it or not.”  In these irrational times, perhaps more followers of the fork-tongued cloven-hoofed infernal one are just what we need, and the hilarious and timely HAIL SATAN? might just do the trick. A warm embrace for the marginalized, a friendly push for the agnostic, and a righteous cheer for the outcast, HAIL SATAN? is a thought-provoking call to arms that has the potential to unleash a flood of reason and loosen the grip of those clinging to ignorance.