Uncork’d Entertainment will release EXORCIST VENGEANCE on digital platforms and DVD February 8. Directed by Scott Jeffrey and Rebecca J Matthews from a script by Matthew B.C. and Jeff Miller from the latter’s story, it was produced by Jeffrey, Matthews and Miller, with veteran director Mark L. Lester (CLASS OF 1984, FIRESTARTER) executive-producing along with Miller. The cast also includes Stephen Berkoff, Sarah Alexandra Marks, Nicola Wright, Simon Furness, Nicole Nabi and Anna Liddell. The synopsis: “The film tells of a tough priest [Bronzi], someone the Vatican calls to do their dirty work. When a prominent family is terrorized by a demonic force, the priest is called upon by Bishop Canelo to root out the evil, but soon realizes the solution to this mystery is tied to his own past. He must find the killer and stop the devil’s hold on the family before it’s too late.” 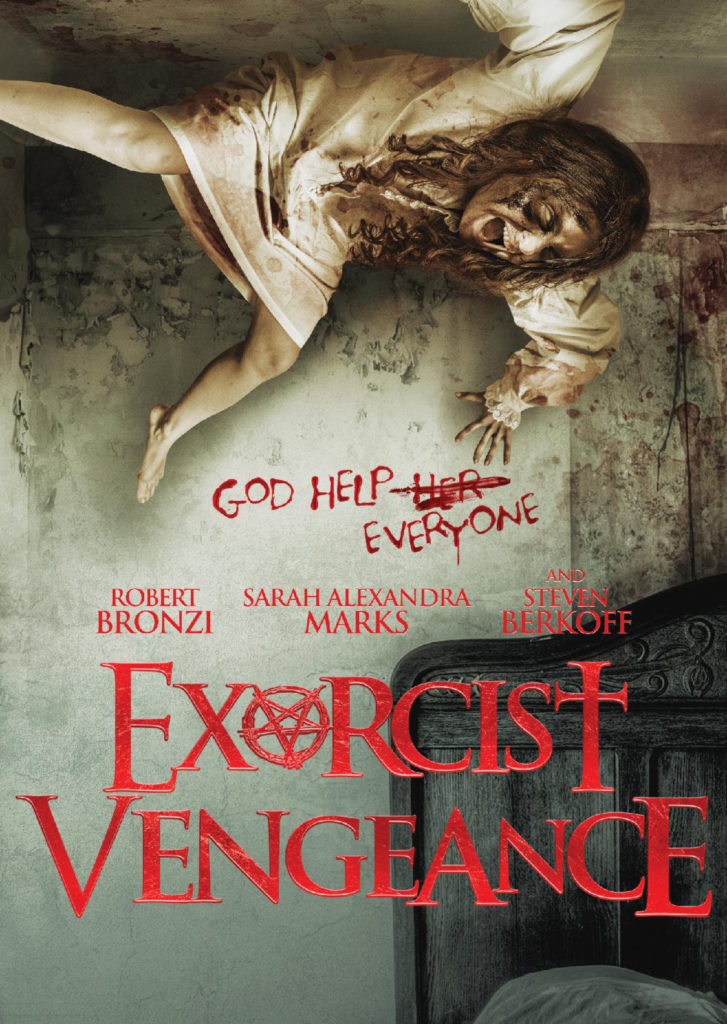