“DAWN OF THE DEAD IN 3-D” extends its theatrical run

Fans now have more chances to catch George A. Romero’s zombies with an extra dimension.

Due to higher-than-expected ticket sales, the theatrical release of DAWN OF THE DEAD IN 3-D, originally intended for just the three days of Halloween weekend, was extended through this past week and has now been confirmed to continue through next Wednesday, November 9. It is playing in Regal Cinemas nationwide; tickets can be ordered here, including shows on Regal’s Discount Day next Tuesday the 8th.

The original, uncut 1979 theatrical edition of DAWN OF THE DEAD was given a frame-by-frame 3D conversion under the supervision of the film’s producer Richard P. Rubinstein. This writer caught a showing and can confirm that the 3D is sharp, clear and immersive, bringing extra atmosphere to Romero’s compositions. Plus, this marks an always welcome opportunity to see Romero’s masterpiece on the big screen, especially as it is currently unavailable on streaming and has been out of print on U.S. DVD and Blu-ray for more than a decade. 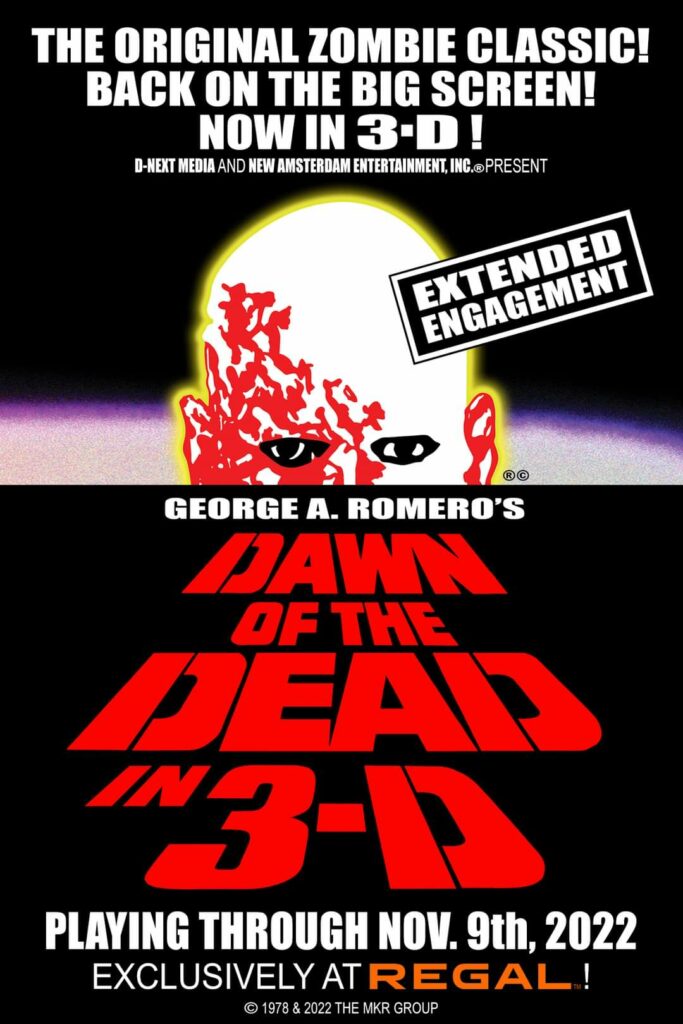