“DARK NIGHT OF THE SCARECROW” celebrates its (exact) 40th anniversary this Sunday on Midnight Pulp!

The TV movie that terrified a generation is coming back.

DARK NIGHT OF THE SCARECROW, directed by author/filmmaker Frank De Felitta (AUDREY ROSE, THE ENTITY), first aired on CBS on October 24, 1981, and it will be airing on Midnight Pulp’s linear channel this Sunday, October 24 at both 9 p.m. ET and 9 p.m. PT. Written by J.D. Feigelson and starring Charles Durning, Larry Drake (DARKMAN), Tonya Crowe, Jocelyn Brando and Lane Smith, the movie is set in a small Southern town where a mentally challenged man, Bubba (Drake), is falsely accused of attacking a young girl and killed by a mob. Soon, a scarecrow appears to take revenge on those responsible for Bubba’s death. The free linear Midnight Pulp channel is available on Samsung TV Plus (Channel 1445), The Roku Channel, Plex, Stirr (Channel 226) and on the Midnight Pulp app, which can be downloaded here. You can also check out the channel’s official website. 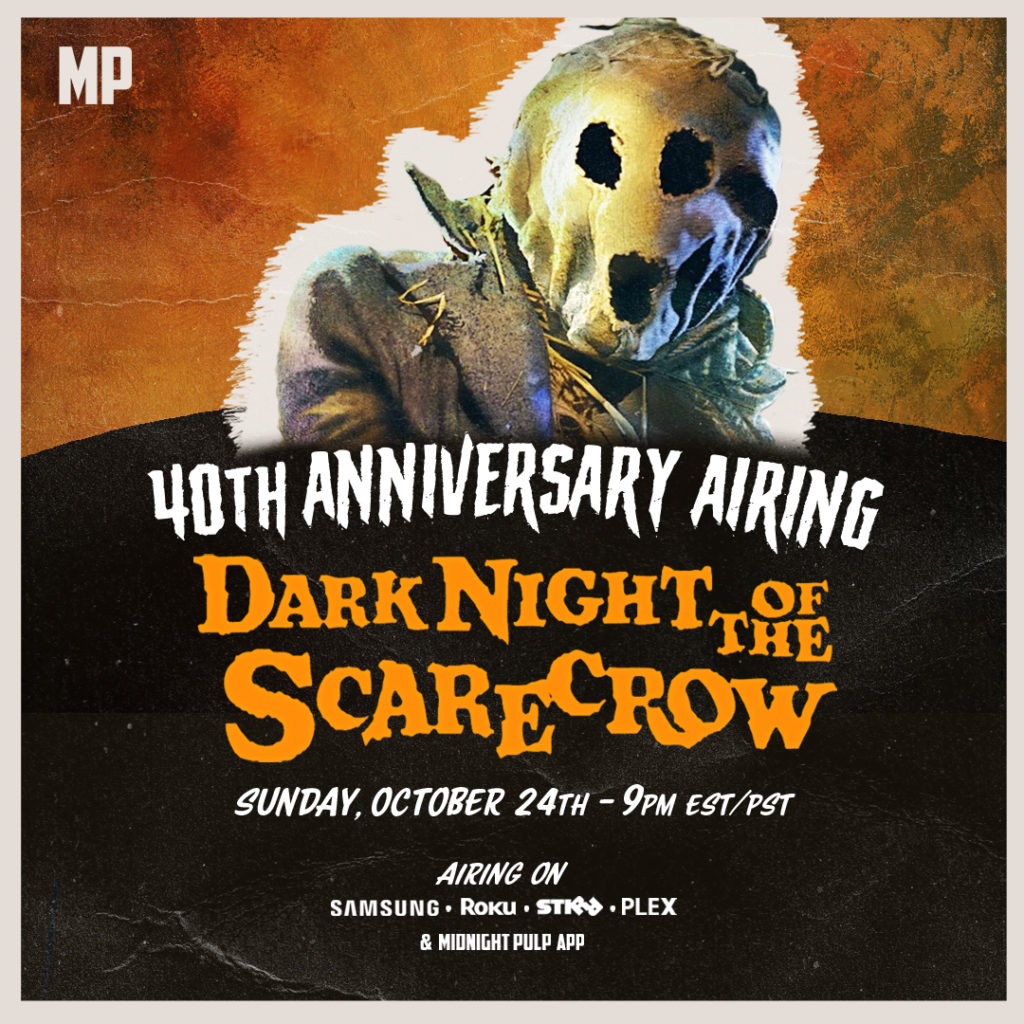