In Cut Short Interviews, I take some time to get to know more about a featured director from the latest Short Cuts reviews.  But since these are directors who specialize in short horror, I’ve added one tiny restriction: they will answer 10 questions about their movie and about themselves, but they’ll only have a total of 100 words with which to do it.

I really can’t tell you how much I loved “The Quiet Room.”  Sam Wineman’s film about the horrible toll that grief can take on our mental health is one that’s stuck with me ever since I saw it weeks ago.  As I said in my Short Cuts review, this is one of the first movies that left me wanting more in the form of a feature, so I was very excited when Wineman agreed to answer a few questions about the film and about himself.

How did you come up with the idea for “The Quiet Room?”
I wanted to share my personal journey with mental health, but allegorically.
You pack a huge emotional punch into a relatively short film.  Was it hard to decide what to fit into a 30 minute run time?
Yes. Had to remind myself that scaffolding is meant to be torn down.

How did you get Drag Race’s Alaska Thunderfuck involved as Hattie, the succubus that haunts the film’s protagonist?  Was she a deliberate choice for the role?
I wrote Hattie for Alaska and her reps dug it. The rest is herstory.
Same question for the great Lisa Wilcox.  Was the character Amy written with Wilcox in mind?
Had my fingers crossed for Lisa. Luckily, she loved the script.
What made you get into film making?
A broken heart and $3,275.
Who (or what) is your biggest influence in film and why?
Slashers. They balance fun with fight and tackle social problems without being detected.
What’s your favorite movie and why?
Black Christmas (1974). Incredible performances, solid writing, and a “final girl” with empowering pro-choice dialogue. Margot Kidder is everything.
What are some overlooked films that you think more people should see?
Raw, The Hitcher, The Invitation, Jennifer’s Body, Night Warning, Chopping Mall, Return to Oz, Crossroads.
What scares you the most?
Apathy.
What scares other people that doesn’t scare you?
Vulnerability. 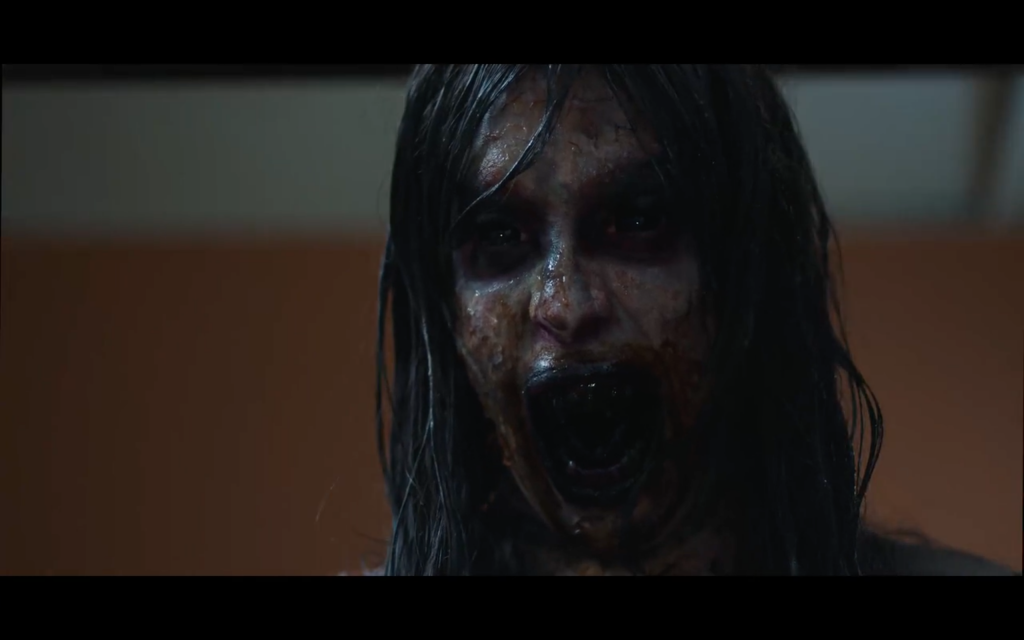 Check out “The Quiet Room”, screening at these festivals both domestically and internationally:

Wineman’s also kicking off his second annual AIDS/LifeCycle fundraiser. All money raised goes directly to the Los Angeles LGBT Center and the San Francisco AIDS Foundation, and those who contribute $25 or more will receive Right In Front Of My Christmas, an original holiday album that Wineman says has nine tracks of “queer holiday goodness” composed by Andrew Scott Bell.  This year will be a Special Bonus Edition and there’s also an exclusive “covers” album featuring songs by surprise guests!  You can donate and pre-order your copy here: tofighthiv.org/goto/samwineman

Finally, for fans of horror and half-naked dudes, Wineman makes an appearance in Ama Lea’s “Year of Fear 2019 Men’s Calendar.” (Wineman says to keep an eye out for sexy Stephen King). You can pre-order it here: https://www.shopamalea.net/product/year-of-fear-2019-men-s-calendar-preorder