In Cut Short Interviews, I take some time to get to know more about a featured director from the latest Short Cuts reviews.  But since these are directors who specialize in short horror, I’ve added one tiny restriction: they will answer 10 questions about their movie and about themselves, but they’ll only have a total of 100 words with which to do it.

In her film “Room of Doors,” Lyndsay Sarah Doyle gives a film that goes down some dark corridors (literally) while still giving the viewer a glimmer of hope at the end.  When an unnamed woman wakes up on a strange property, she quickly realizes that she’s in trouble that may not be strictly physical.  And I do mean quickly.  With a tight, four-minute run time, Doyle hits the ground running and dives right into the tension.  Check out the interview below for a peek at Doyle’s mindset for the film and her approach and influences to film making in general.

Where did you get the idea for Room of Doors?
When we hit rock bottom, what does that ‘dark place’ in our minds look like?

I found the ending of this movie to be both extremely dark yet oddly uplifting.  What was your intent as the filmmaker?
Even in our darkest moments there is always hope.

You pack a lot of story into a four-minute film.  Was the screenplay always so compact or did you need to do a lot of cutting?
I cut out an additional story line, as I realized the film didn’t need it. 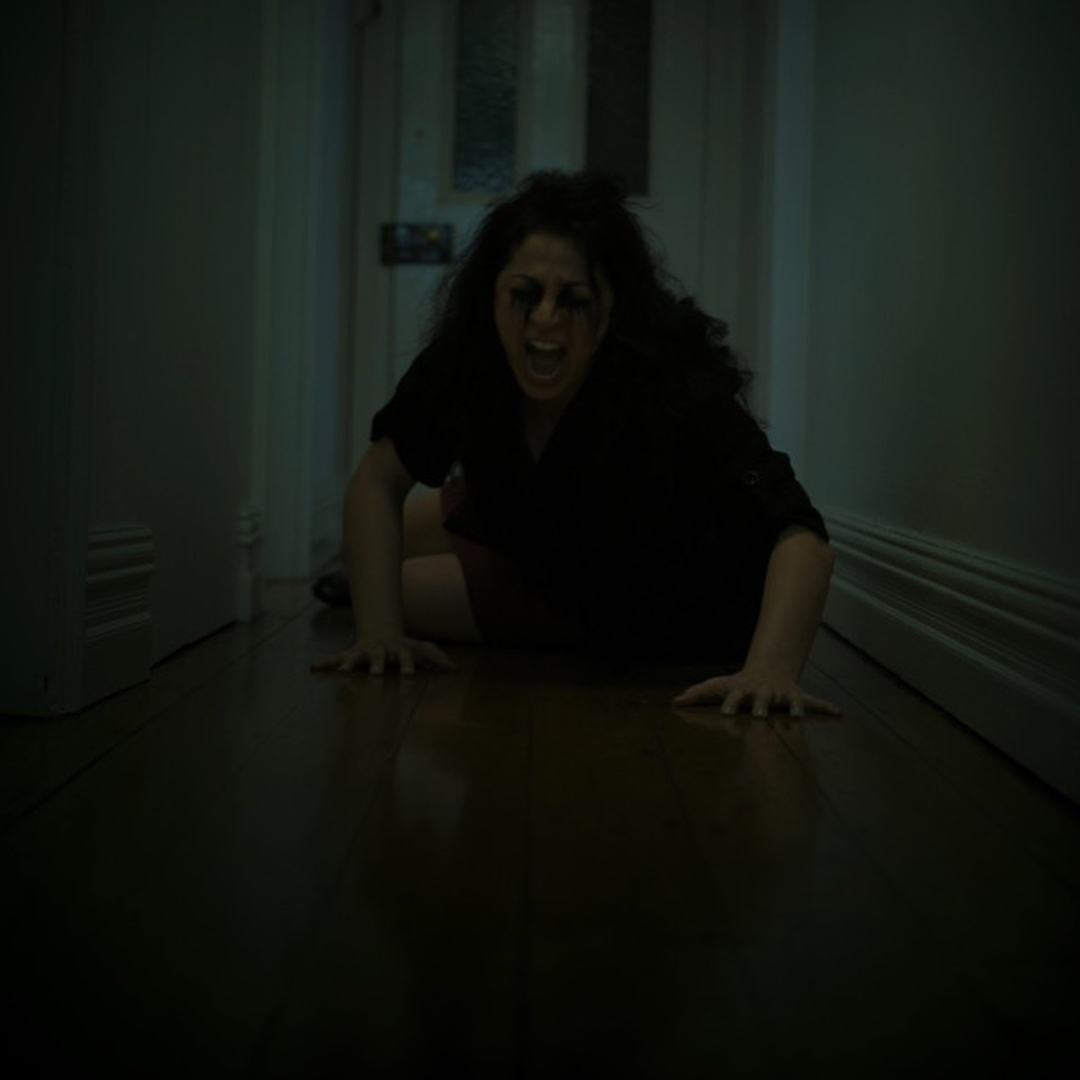 Your website states that you’re Irish-born but currently live in Australia.  That’s a hell of a trip so I’m wondering if there’s a story there.
Wherever there’s Irish people, there’s always a story!

What made you get into film making?
I love story-telling.

Who (or what) is your biggest influence in film and why?
Steven Spielberg. This man blessed my childhood, and encouraged my imagination.

What’s your favorite movie and why?
Jurassic Park. I still get the same buzz from it now that I did as a 10 year old kid.

What actor or actress would you most like to work with as a director?
The mighty Tilda Swinton.

What scares you the most?
Too many things – I’m a wimp!

What scares other people that doesn’t scare you
Dying.

Doyle is currently in post-production on the short horror film “Dirt,” a film about Penny, a troubled runaway who is picked up while hitchhiking by a group of friends on a camping trip. But after trekking deep into the forest, Penny soon realizes this group is not seeking the ideal camping spot after all, but something much more sinister. Now it’s an epic fight for survival, as Penny pulls out all punches to be the last one standing. 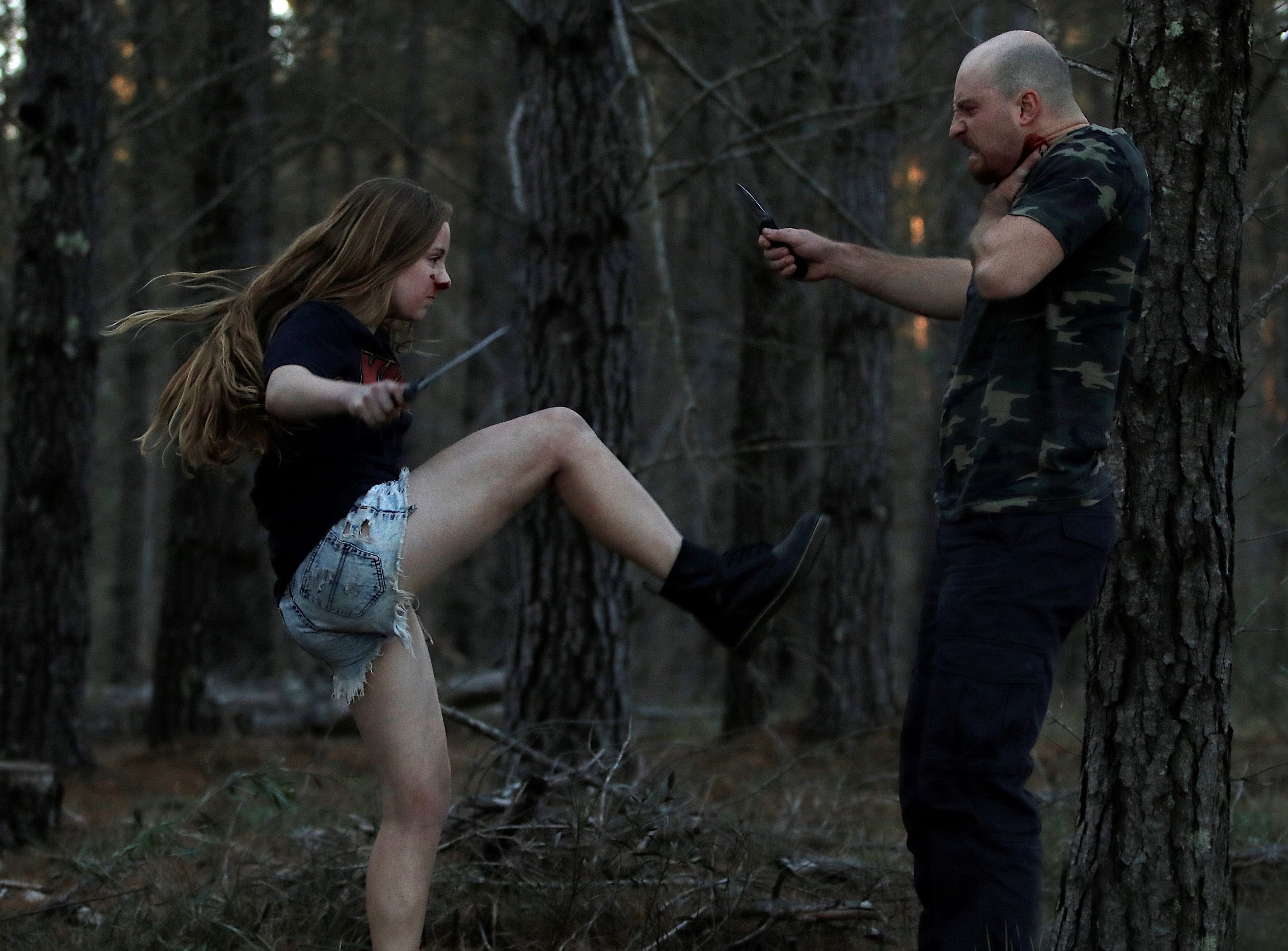 Doyle is also about to begin production on another short film called “Guilt,” a thriller that follows Jessie, a female serial killer who targets child sex abusers, whose plans are thrown when she finds out one of her past victims was wrongfully convicted, and an innocent man all along.

To keep up with Doyle you can follow her on Instagram at @tiny_director or check out her website.  “Room of Doors” can be found streaming on Amazon Prime.