Folklore has never looked so cute with these 2.25-inch tall CRYPTKINS VINYL FIGURES, released by Cryptozoic Entertainment and inspired by decades of tabloid headlines. Sculpted by Sam Greenwell, the line is released in two blind box miniature series “crates”; with legendary creatures such as Nessie, Chupacabra, Cthulhu, Bigfoot, Kraken, Mothman and more. There are also a handful of rare variants and one ultra-rare figure. 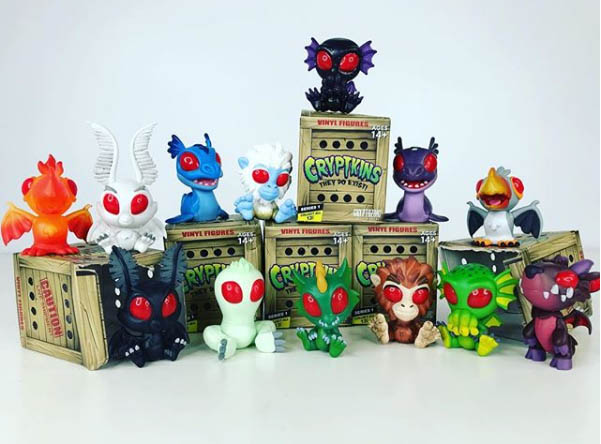 San Diego ComicCon will also be getting an “Exclusive Species” Irradiated Cthulhu Cryptkins Vinyl Figure (limited to 300 pieces). This figure can be preordered and ONLY picked up in person at Cryptozoic’s Booth #115 during Comic-Con (you cannot designate someone else to pick up this figure). 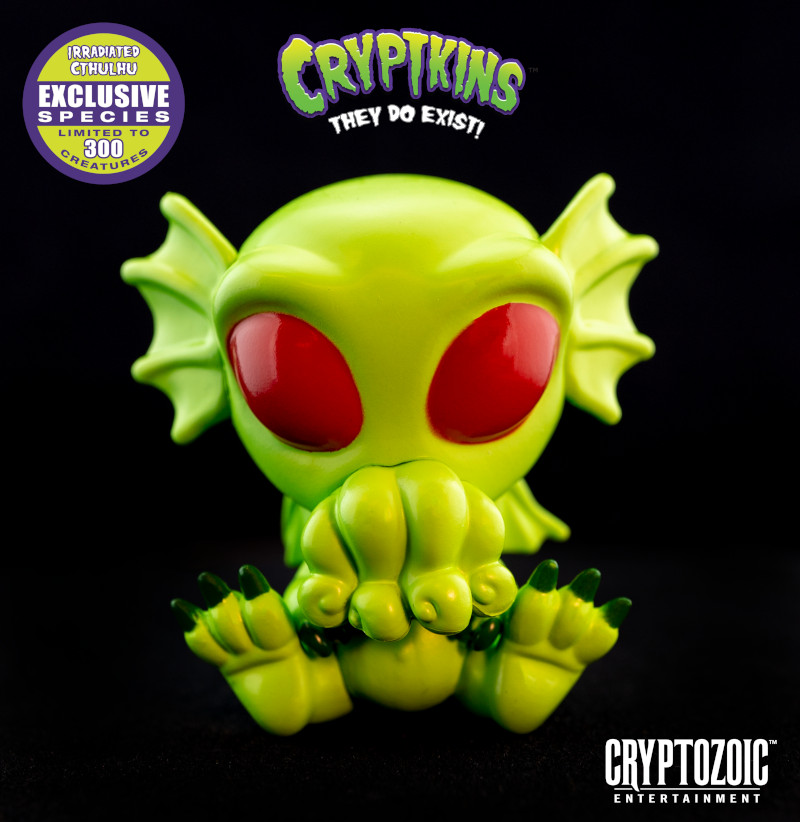 In addition, there is a CRYPTKINS CHANNEL  (ON QUIDD) APP (available on Google Play and Apple’s app store) where you can collect, trade, and show off official Cryptozoic Entertainment Cryptkins Limited Edition stickers, trading cards, and 3D figures. You can also send stickers to friends (with Quidd keyboard), meet hundreds of thousands of like-minded fans and chat and trade with them. 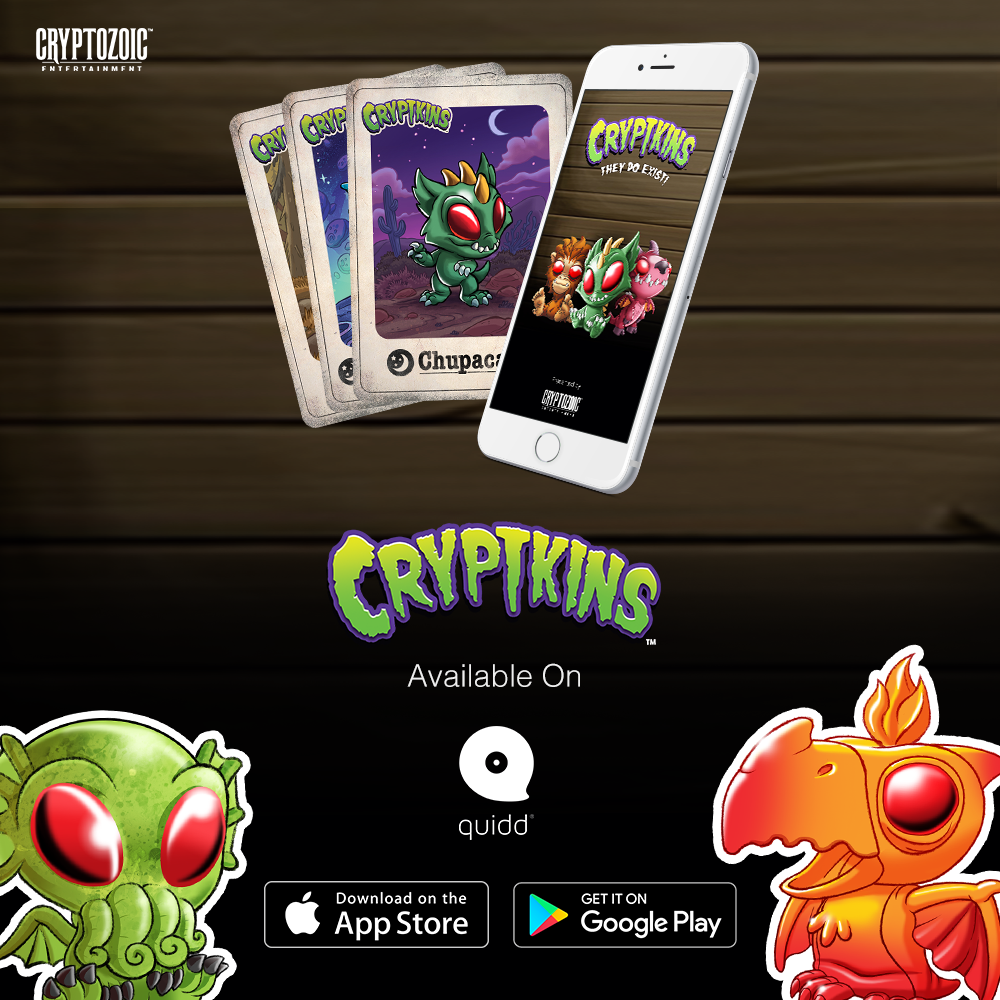 So if you’re a fan of myths, folklore or just creatures, gather up some crates and see which Cryptkins vinyl figure you’ve unleashed (if you dare!).
Prices vary: Get a pack of three (Series 1) randomly chosen figures (and random promo card) for  $17-$18 USD at cryptozoic.com.