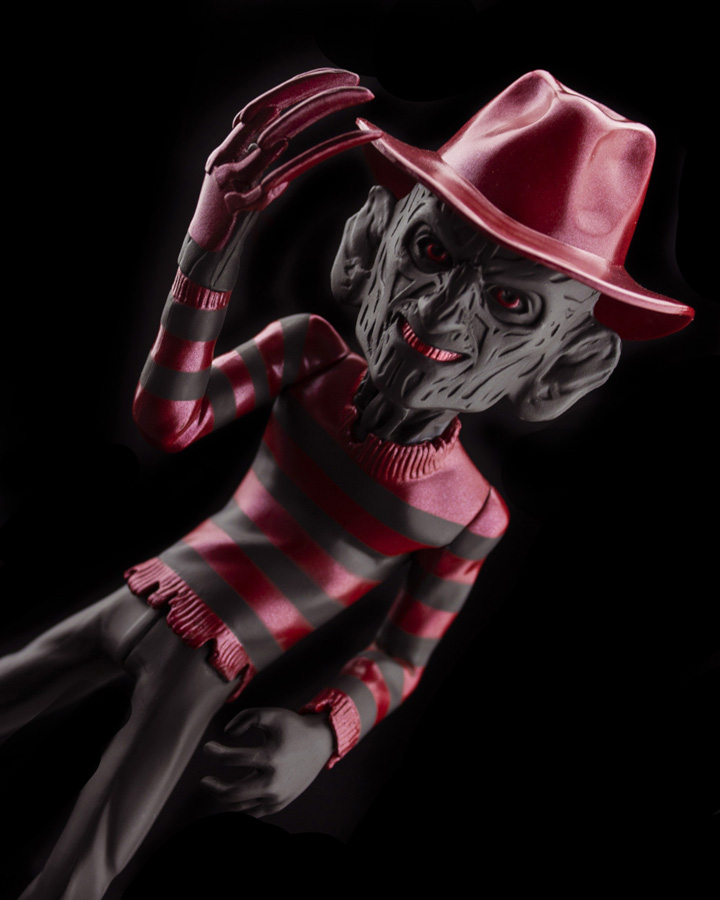 We just got word from the people over at Cryptozoic Entertainment that a new 7-inch variant of Freddy Krueger is up for pre-order “exclusively” through its web-store. The VINYL TERRORZ: FREDDY KRUEGER SHADOW EDITION VINYL FIGURE is the first in newly launched “Shadow Edition” variant line and is inspired by Cryptozoic’s popular “Golden” Goddess variants of non horror related figures. 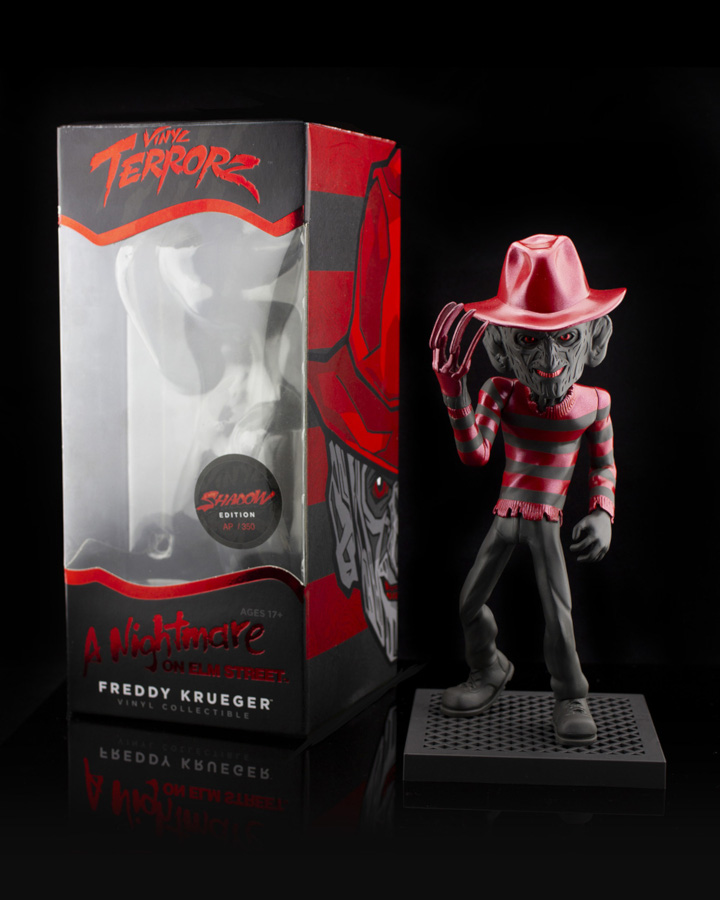 Krueger sports metallic blood-red elements (eyes, fedora, teeth, trademark knife glove, with elements of his sweater also featuring highlights of red and black) which represent his unrelenting desire to kill his victims in horrific fashion. The remaining elements of the figure are coloured in dark black, this represents Freddy’s association with darkness of night in the A Nightmare on Elm Street film series. Standing on top of a grill base, the window box which the figure is housed in feature the same colour design of the Freddy Krueger Shadow Edition figure. In addition, each box includes a sticker with a unique number (1-350). 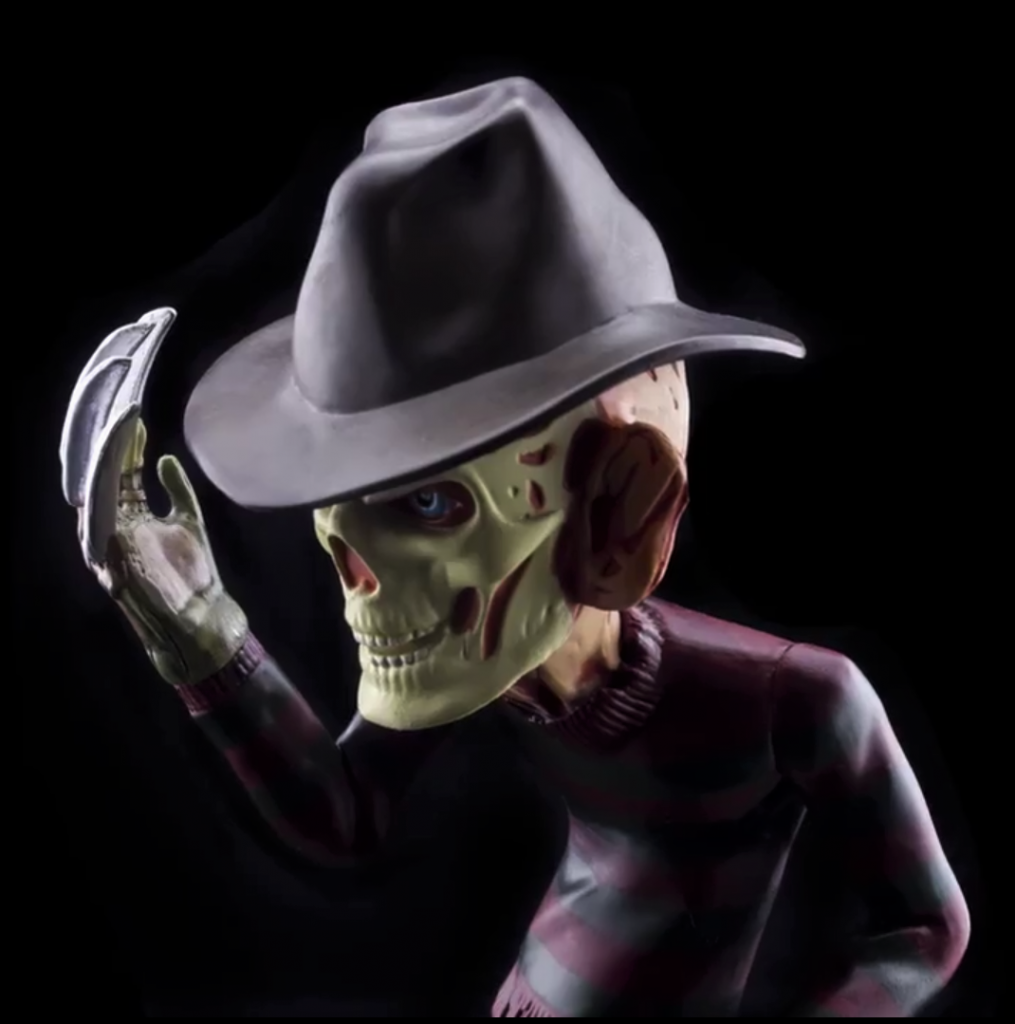 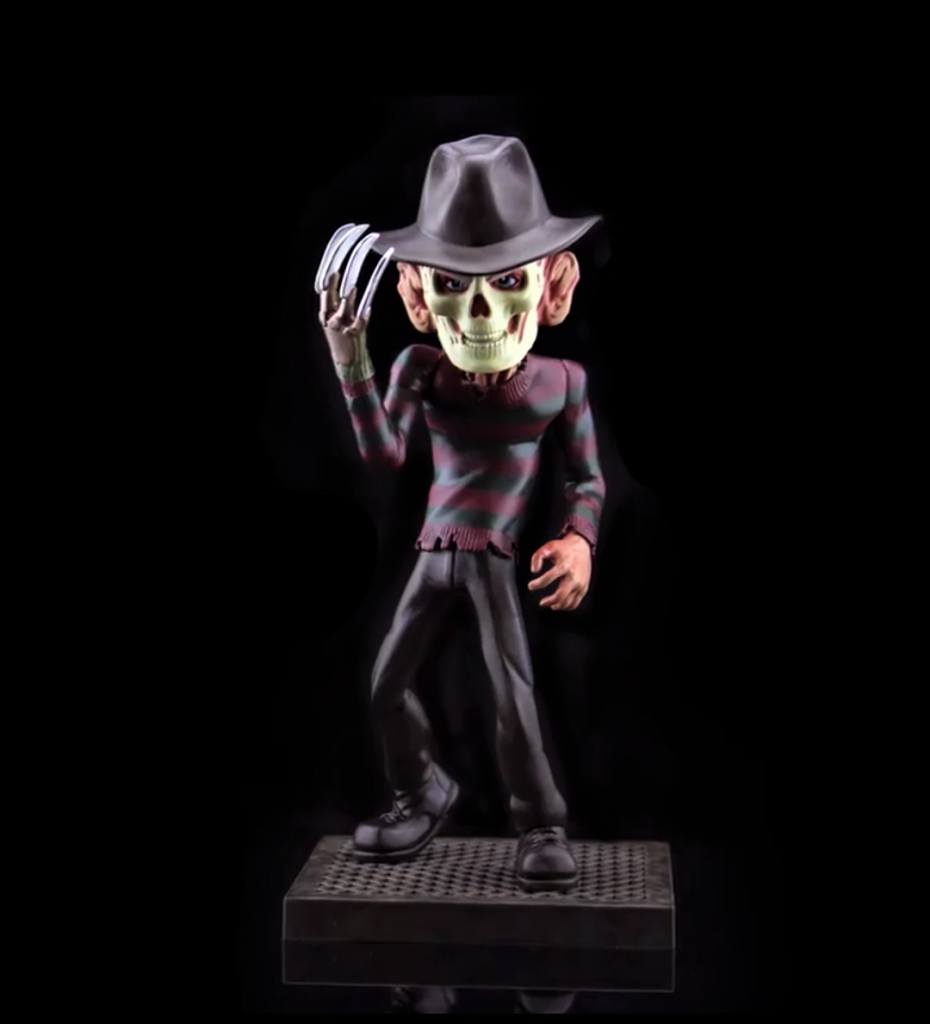 Keep up to date on more announcements pertaining to Vinyl Terrorz figures and variants (such as the Hot Topic exclusive version in the pictures above) on Cryptozoic Entertainment’s website and social media accounts. Become Dream Master and pre-order Vinyl Terrorz: Freddy Krueger Shadow Edition now for $40 USD (The $40 purchase is non-refundable) or standard edition for $29.99 USD, with the figures to be shipped out immediately upon release (estimated June 2019 release date).

Preorder link here
Shipping to U.S. and Canada only
Vinyl Terrorz: Freddy Krueger Shadow Edition figures can only be shipped to customers; there is no option for pick-up.