Sawyer (played by THE CROWN’s Claire Foy) is trapped in a situation where everyone thinks she’s UNSANE in Steven Soderbergh’s upcoming psychological chiller. Jump past the jump to see a new clip from the movie.

Coming to theaters March 23 from Fingerprint Releasing and Bleecker Street, UNSANE was scripted by Jonathan Bernstein and James Greer, and also stars Joshua Leonard (THE BLAIR WITCH PROJECT), Jay Pharoah, Juno Temple (HORNS), Aimee Mullins and Amy Irving (CARRIE). In the film, Sawyer has moved to a new city to escape a stalker, but winds up involuntarily committed to a mental institution, where she believes he is continuing to pursue her. But are her fears real or a product of delusion? 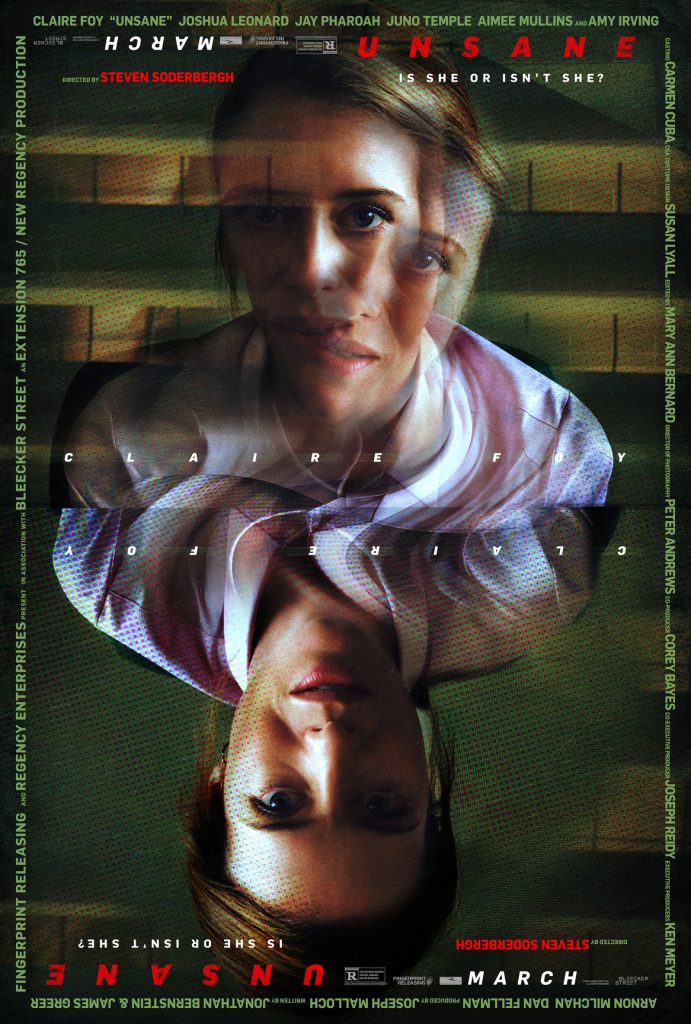