“CHUCKY” is back for religious mayhem in season two; trailer & poster

The deadly doll returns with vengeance on his mind next month.

The second season of CHUCKY debuts October 5 at 9 p.m. on USA and SyFy. As before, Chucky creator Don Mancini is one of the executive producers, along with Nick Antosca, Alex Hedlund, David Kirschner and Jeff Renfroe, with Brad Dourif as the killer toy’s voice and Jennifer Tilly as Tiffany. The synopsis: “After his diabolical plan to invade America’s children’s hospitals was foiled in season one, Chucky now seeks revenge on those he holds responsible: surviving teens Jake [Zackary Arthur], Devon [Björgvin Arnarson] and Lexy [Alyvia Alyn Lind], along with his ex Tiffany, now his sworn enemy. Meanwhile, can ‘Jevon’ make it as a couple in the face of adversity at their new Catholic school, not to mention a brand-new onslaught of terror from the demon doll?” 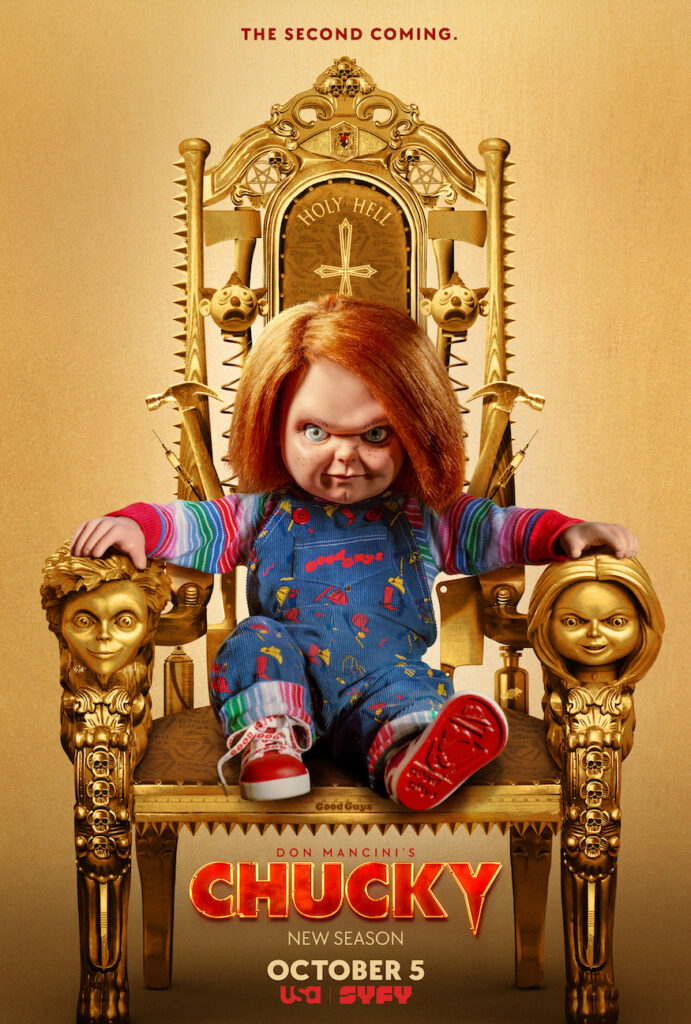