After nearly 15 years, eight albums, and six EPs, it seems unthinkable that a band like IAMX has consistently been ignored by mainstream music critics. So how does Chris Corner’s solo musical project continue to thrive? Much of this is due to IAMX’s fiercely devoted, massive fanbase. For his 2013 PledgeMusic campaign, Corner achieved full funding in one hour and eventually received 817% of his original requested amount. Clearly, IAMX is offering listeners something that no one else can provide.

As for what that something is, it’s hard to define but distinctly pleasurable. With IAMX, Chris Corner has never confined himself to one thing. If anything, he’s a musical libertine; his music encompasses darkwave, EDM, industrial, burlesque, guitar rock, funk, and orchestral pop, to name but a few genres. Corner’s vocal style is equally voracious, ranging from a husky whisper to an otherworldly falsetto to impassioned screams.

IAMX’s latest album, the glorious Alive in New Light, was released on February 2. I caught up with Chris Corner while he was in Istanbul for the last show of the band’s European tour. We talked about the new album, what scares him, if he has plans to make any horror movies, and more.

“I think my place is probably psychological turmoil and horror.”

Regarding the positive aura of the songs on Alive in New Light, Corner says “To be blunt, it was all about overcoming a personal crisis of clinical depression and going through three or four years of pretty intense mental challenge.” The trajectory of that despair is chronicled in depth on IAMX’s last album, 2015’s Metanoia, particularly in songs like “Insomnia”: “I don’t know what is happening to me / Or if I’ll die ‘cause I just never sleep.” Corner adds, “It’s also about getting to a more peaceful point through immense work, a stronger and more stable point. So it symbolizes my healing.”

Although Corner agrees that making music can be therapeutic, he wouldn’t say that the process helped him. “When I was sick, I thought that the music I made was half of the problem. The mental turbulence of being a creative person wasn’t really helping me and I was actually quite scared to make music. I was pretty numb and I just wanted to get kind of straight and stable.”

“There’s a sort of instability to the process of making music. It’s about ups and downs and it takes you to deeply emotional places,” Corner says, “and when you’re sick you don’t really want to go there. So I tried not to make music for a while. I did see it as my enemy. And then I slowly got well and I started coming back into the real world, and I realized that I was just fighting something that wasn’t really there, something that was self created. Now I’m much more at one with the creative process. And you can’t fight yourself.”

Such musings are reflected in the album’s title track: “And I raised myself out of the ashes / Now I’m alive in new light.” Corner adds that to get well and learn acceptance and self-surrender, you have to come to terms with all those parts of your personality. He hesitates to say the word “loving” in relationship to being creative, however. “I love and accept being creative, so it’s a combination of ups and downs. A combination of levels; I’m not going to use the word ‘downs’ anymore.”

As far as how this tour is going, Corner remarks that on the second day he managed to contract the flu virus, which he suffered through for three weeks. “I’m such a reclusive, anti-social person that my body just doesn’t know any of these germs,” he says. “So when it goes out there, it’s gonna get me.”

The tour, which began February 24 with two nights in Belgium, has also seen its share of exciting events. “One day, we got stuck at the border of Kiev, Ukraine. We had a bus crash while we were trying to get to the gig. And we just made it by the skin of our teeth. It was very Spinal Tap.” Corner estimates they had maybe a half an hour to make it to the stage. “It was a triumphant show,” he says.

Alive In New Light contains four tracks featuring Kat Von D on vocals, including the first single, “Stardust.” Since Corner enjoyed working with Kat Von D so much, would he consider reaching out to David Sylvian – one of his musical idols – next? “I get so much pleasure from not knowing him personally and just knowing his music. The fantasy of him – that’s something precious. Then again, if he called tomorrow I’d probably just say yes and fall on my knees or something. I don’t really know how I’d react. That opportunity would have to come to me. I’m not going to look for it; it’s too scary.” 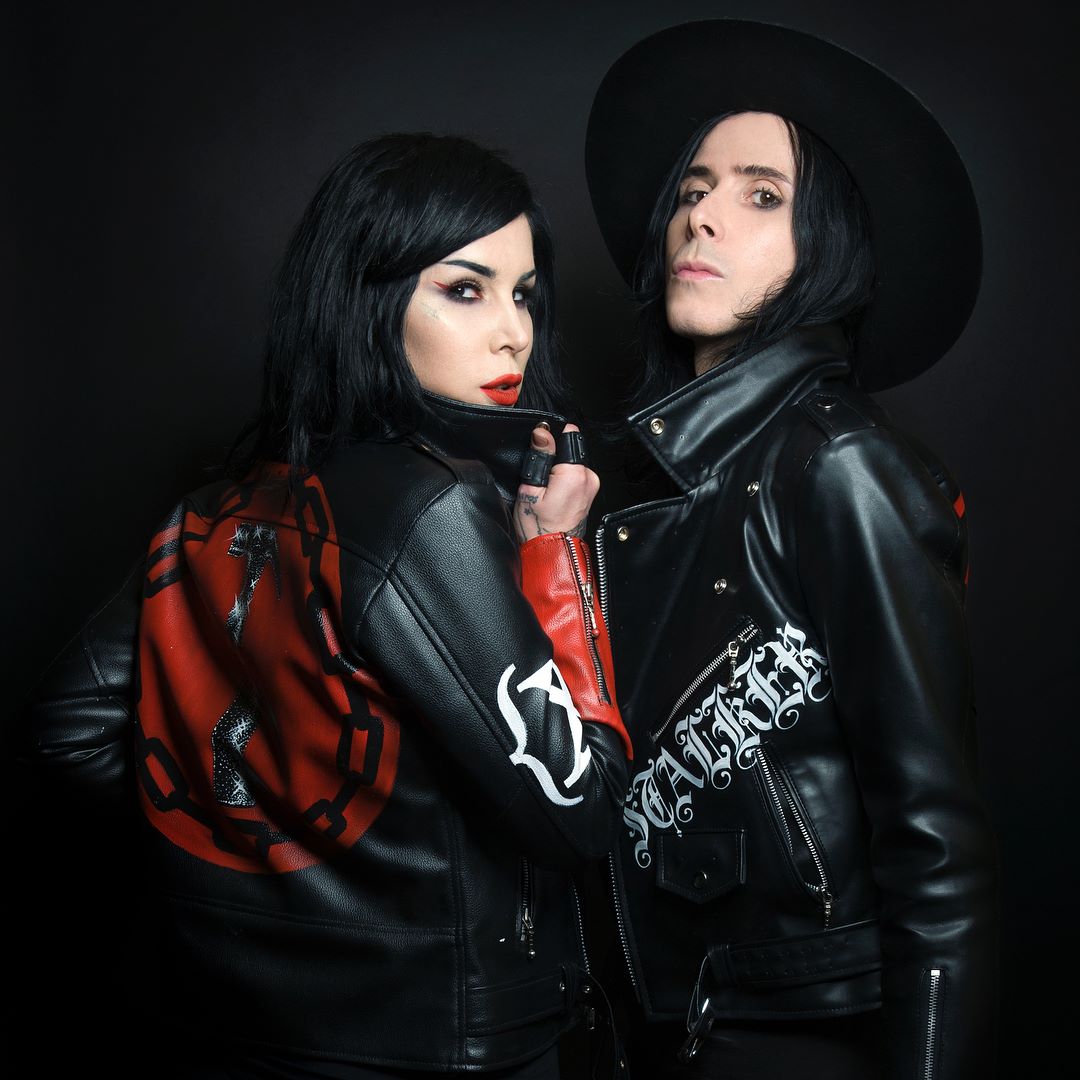 When asked about whether or not he would consider working with John Carpenter, someone for whom Corner has also expressed admiration, he is more assertive: “Absolutely.” He says, “IAMX is quite a visually dominated project anyway, and I love making my own music videos and stage visuals.” He praises Carpenter’s skill at “coming from the other side,” i.e., making movies first and then doing his own music. “I think it’s incredible that you can be such an auteur like that. It’s incredible when somebody has the drive and the passion and the will, strength, and talent to create more than just one thing.”

Corner is also quick to point out that he is interested in more than one thing from a creative perspective. “Right now we’re talking about music, and I do lots of interviews talking about music, but it’s only a small range of my interests. Something like film, yes, that would be amazing. There are lots of people like Carpenter I would definitely like to work with.” He laughs and adds, “Saying that, I’m also a bit of an awkward, anti-social control freak. That is the truth. I have to really breathe deeply to get to connect on that level with people. Once it’s done, once I’m over that hump, I feel pretty good with people and I’m totally in the flow. But it can be quite scary at first.”

In addition to writing, recording, producing, and performing his own music, Corner has directed several IAMX music videos, as well as two videos for Gary Numan. Coupled with his love of John Carpenter, it seems only natural that Corner would expand into filmmaking, perhaps even horror movies. “I think my place is probably psychological turmoil and horror,” he says. “I love horror, I love it when it’s subtle and when there’s a sort of a depth to how you affect the viewer that isn’t just gore or in your face, when there’s a sort of slower pace.”

This is precisely why he is attracted to John Carpenter’s films. “His earlier stuff is sort of slow with wide shots. And of course, there is gore, too, but there is also so much space, and time for your imagination to run wild.”

Corner says he has definitely considered branching out as a horror director. “One of my issues is that I think I’m quite visually good, but when it comes to narrative and storytelling, I think I’m quite shit.” He laughs. “I would have to work with someone on that and I think they’d have to come up with some sort of concept. It’s easier piecing together a mood to music because you’ve already got the message. So maybe I should write the soundtrack and then make a film for it; that would be interesting.”

After seeing so many photos of Corner’s dog Polar X on Instagram, I had to know who takes care of her when he is on tour. As it turns out, cEvin Key of Skinny Puppy is one of her surrogate parents. “She’s a horror, actually, my little Polar.” Corner says. “Bi-polar, we call her. She’s a terrorizing Pomeranian. She looks so incredibly sweet and pure, and she’s white and fluffy like a little cuddly ball. You want to touch her but you can’t because she’ll rip your fucking face off.” He laughs. “People really don’t believe it until it happens. It’s their own fault.”

Be sure to catch IAMX when they perform at Toronto’s Lee’s Palace on Friday, May 27. 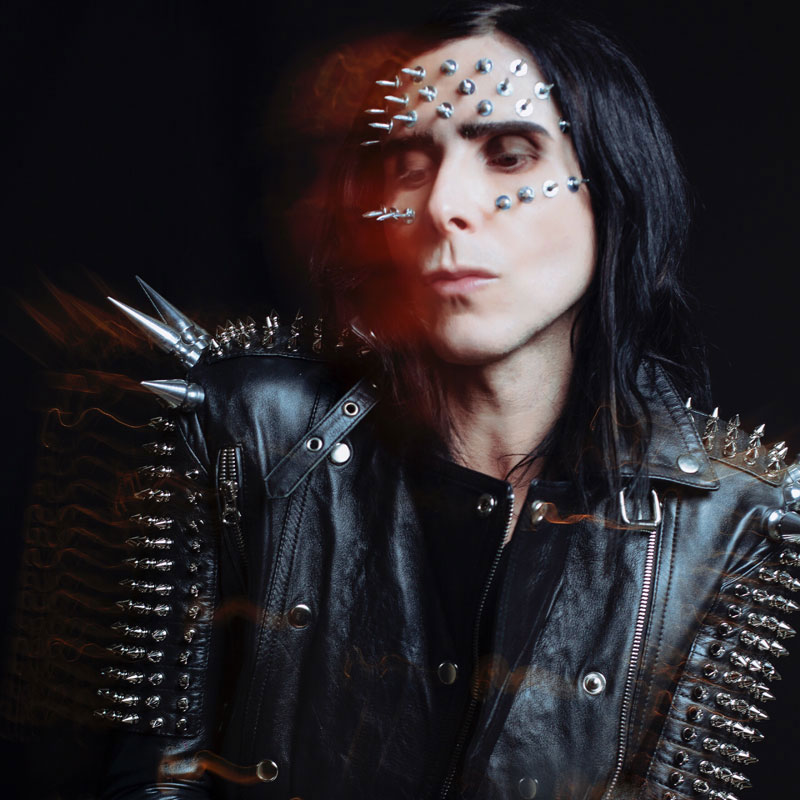 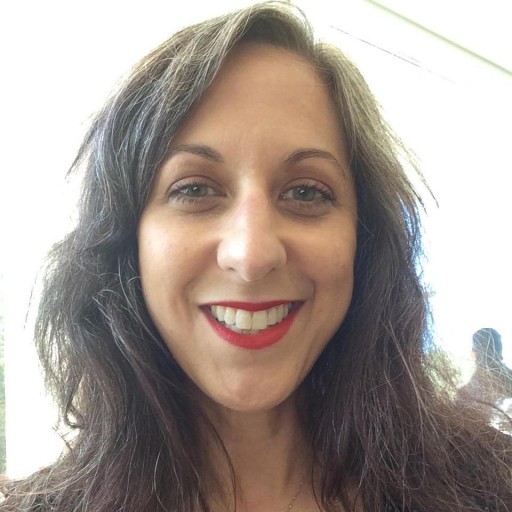