This Halloween season, RUE MORGUE commemorates the phenomenon that was (and is) VHS, the revolutionary media format that continues to change the way we make and watch horror movies. RUE MORGUE #208 (Sep/Oct 2022 Halloween Issue) features OUT THERE HALLOWEEN MEGATAPE, the all-new film from the mad mind behind 2013’s WNUF HALLOWEEN SPECIAL; inside the V/H/S franchise, Hollywood’s VIDEO SLASHBACK and the return of the original VHS horror game: ATMOSFEAR.

Plus! RUE MORGUE’S 25 GHASTLIEST MUSIC VIDEOS of the past 25 years!

JASON OCKER’s new book, THE UNITED STATES OF CRYPTIDS, invites readers on a cross-country hunt for creatures that continue to haunt the American psyche. Plus! LYLE BLACKBURN of MONSTRO BIZARRO pours his cryptid passion into a new podcast.

Forty years ago this year, Pacific Comics debuted TWISTED TALES, one of the little known and best-kept secrets amongst fans of comic book horror.

An immersive journey into the nightmarish hellscapes of H.R. Giger, SCORN is designed to test your sanity… on every level.

Save on waiting time and shipping costs! Try RUE MORGUE DIGITAL, only $6.66/issue and now on iOS and Google Play 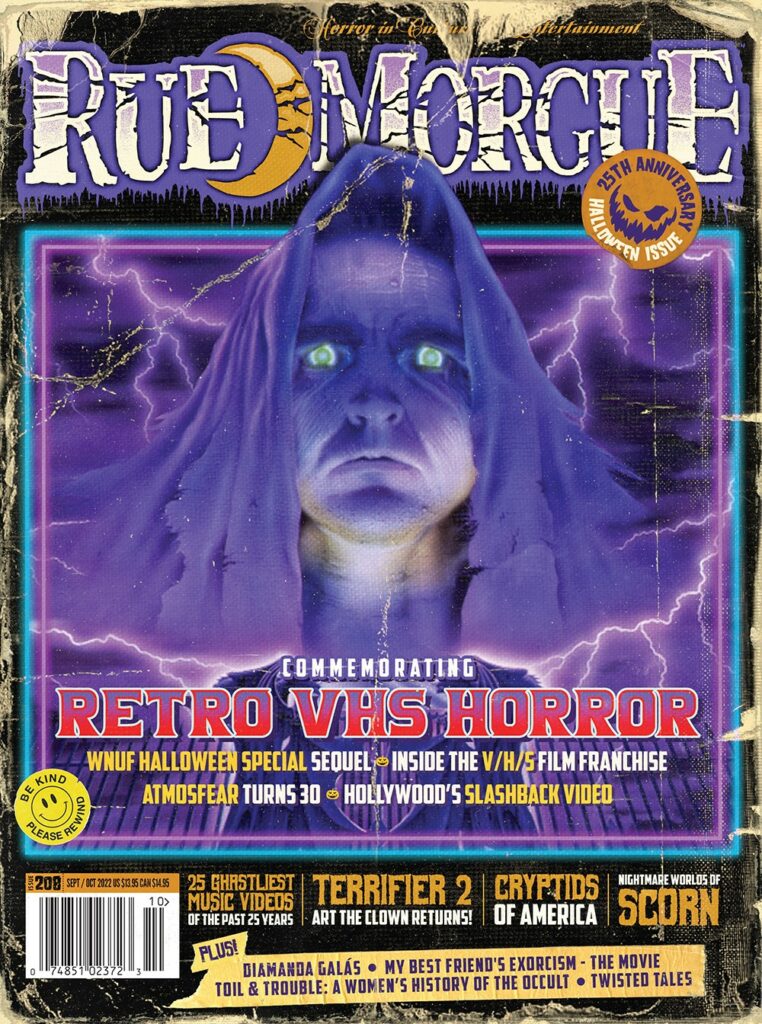 .
Subscribe today for a chance to WIN a bag of RUE BRUE coffee courtesy of Deadly Grounds Coffee! 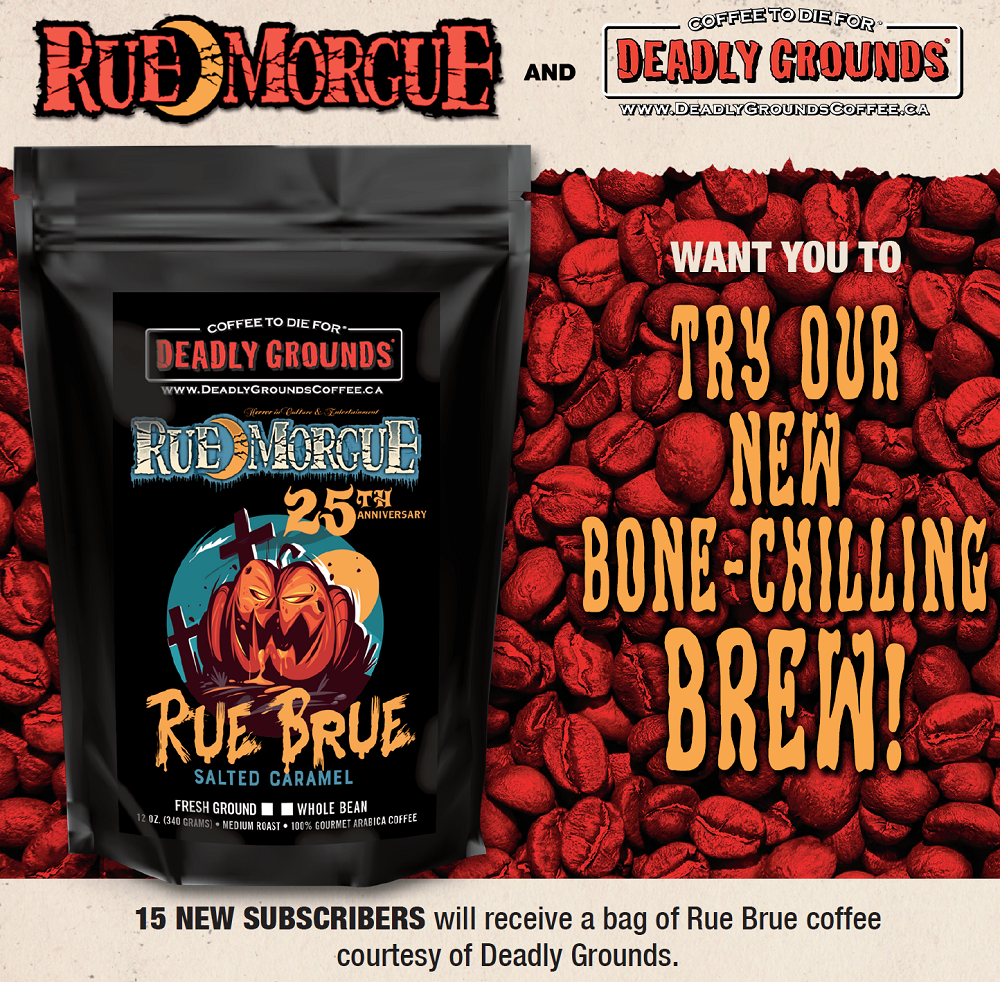