Fully funded in just eighteen minutes, Printed in Blood’s newest Kickstarter campaign gives the high art treatment to Bryan Fuller’s cult favorite, Hannibal. The latest in an ongoing series of fully licensed artbooks, this brand-new, 196-page tome collects artwork inspired by the NBC TV series based upon the characters created by Red Dragon & Silence of the Lambs author Thomas Harris. Starring Mads Mikkelsen and Hugh Dancy, the series was ignominiously cancelled after three blood-soaked seasons, but it lives on thanks to its legion of fans and companies like Printed in Blood. 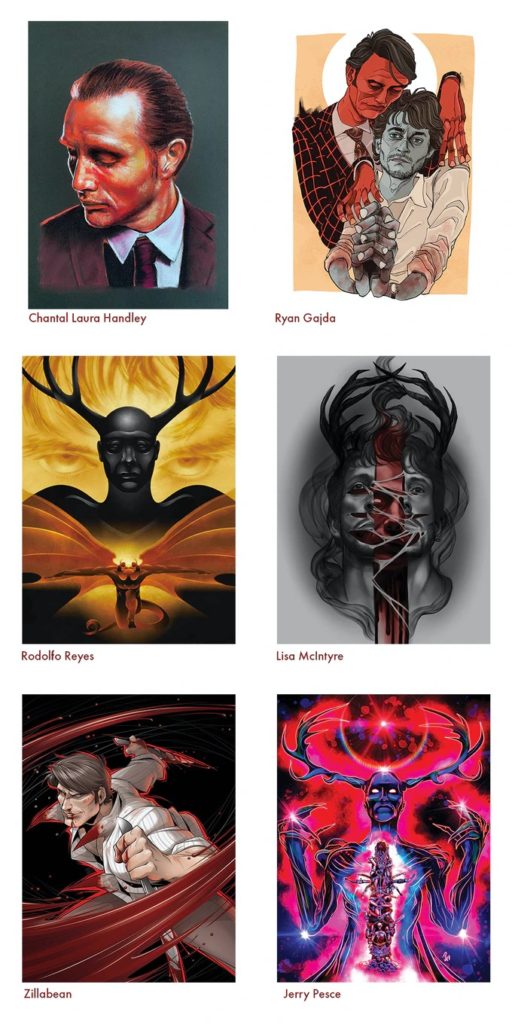 This book contains nearly 150 new pieces of art created just for this volume, and a brand new foreword from show developer, writer and executive producer Bryan Fuller as well as an introduction from Executive Producer Martha Di Laurentiis. The covers depicted are only available during this campaign, with a mass market edition of this book to follow which will go on sale after the fundraiser campaign ends. The backer edition covers come with a numbered slipcase and will never be made available again! Though the project is already fully funded, there are a bevy of stretch goals to contribute to!