Brigitte Kali Canales Breaks Down Her Role In “The Old Ways”

While investigating a story of sorcery and healing in Veracruz, a journalist is kidnapped by a group of locals who claim she’s the devil incarnated in Christopher Alender’s THE OLD WAYS. Currently streaming on Netflix from Soapbox Films, THE OLD WAYS was written by Marcus Gabriel and stars Brigitte Kali Canales, Andrea Cortés, and Julia Vera.

Recently, we had the chance to chat with Canales about her leading role, her experience on the set, and her time on Fear the Walking Dead! 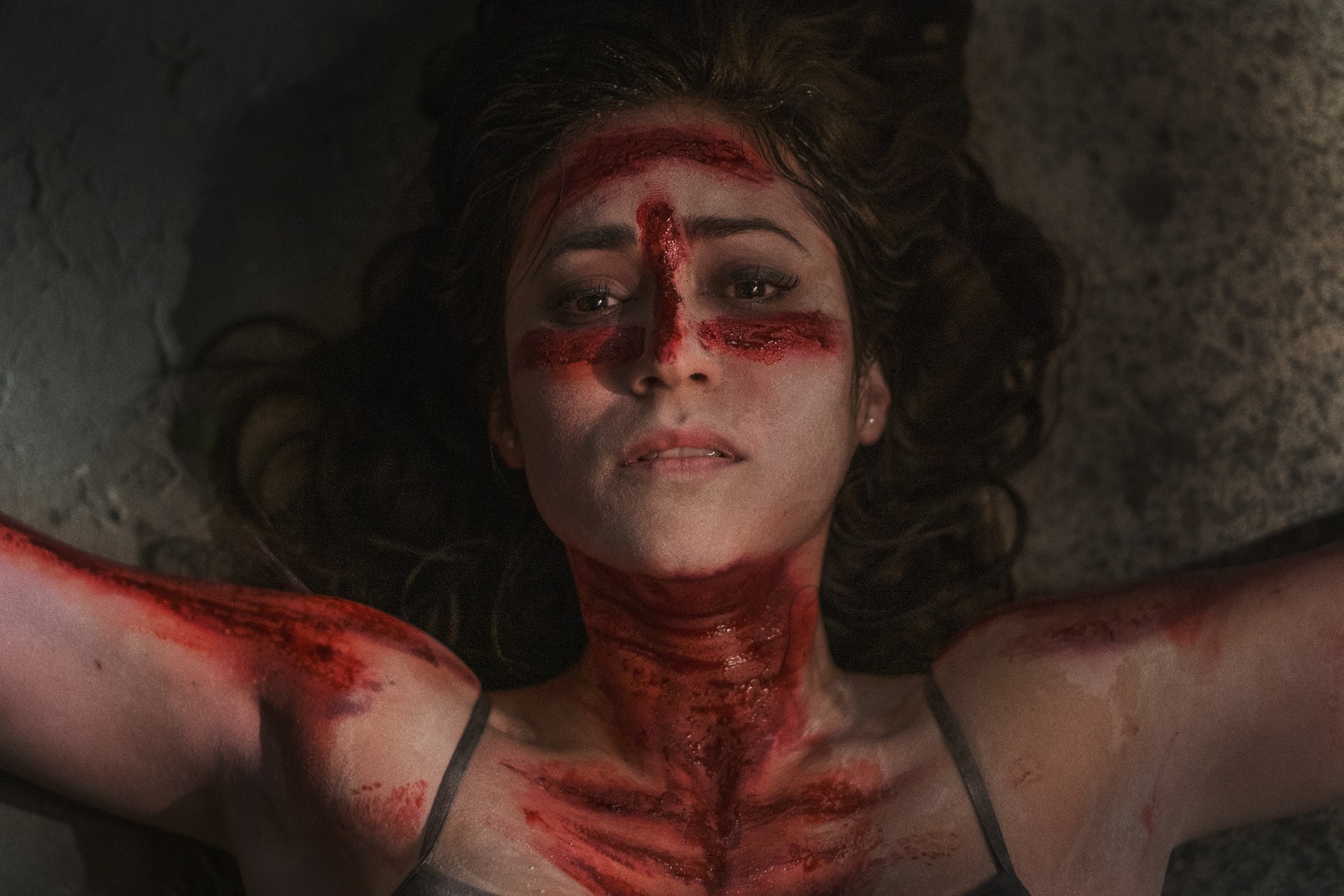 So, THE OLD WAYS is out!

Yeah! It’s on Netflix. It was released on August 25th, and we did really well. We ended up being the number one horror film on Netflix for, I think, two weeks. Which was unexpected because it was just a little indie.

So, my worry was, “What if one of these witches gets angry?” But they didn’t. I guess they were into it. They even posted pictures on Twitter like, “We’re the real witches of Catemaco.” I was like, hey man, I’m not battling you, you own that. It’s all good.

What can you tell us about your character, Cristina?

I can you tell you that in everyone’s life, I think there are events that happen to us where it reveals a darker side of us, or the reality we are immersed in. whether it be because of a person and a break-up, sometimes people bring something out of you where you say, “Wow, I can’t believe I did that, that’s so out of character.” I think that Cristina’s life has been spiraling down for quite some time and she seeks answers, but can never get them because she didn’t have the tools necessary. So, she immersed herself in this darkness to kind of put a band-aid on a wound that went way deeper and stemmed from something beyond her understanding. Even though she’s intelligent, she’s still not able to comprehend the level of darkness within her, or why.

I think viewers will be able to see that darkness is multiple things. It’s not only actual evil, in the spiritual realm, but evil that has manifested in other ways for her. It’s kind of a double-edged sword, that evil. In physical form, and in spiritual form.

The film stars Andrea Cortés and Julia Vera as well. What was it like working together?

Oh, it was wonderful! Julia is like the grandmother everyone wants. She’s so sweet, so cute. I know she’s really creepy with all that makeup on, but she’s actually really sweet. Andrea is super cool! She’s nothing like her character, Miranda. She’s actually real hood! They’d say cut and she’d be like, “You got what you needed? Alright, cool.” It was awesome working with her. She was always a breath of fresh air.

[And] Sal [Lopez] is just wonderful. He’s such a deep and rooted actor. A lot of the time I would just look at him and be like, “Are we flowing?” All I needed was a nod from him to know we’re in a good place.

How about the director, Christopher Alender? How was the dynamic with him?

Chris was great! He’s super easygoing. It was his first official film as director, and I felt like he’s definitely been prepping for this moment of his life for a long time. He gives you the freedom to really venture and try different things out, and that’s the beauty of indies. You can kind of go for it, because the studio isn’t breathing down your neck.

It was a very different experience than Fear the Walking Dead. Mikey [Michael E. Satrazemis] knew exactly what he was going to cut to, when he was going to cut to it, and how. He’s been doing this for so many years. They both give you that sense of freedom so you can go with you gut though.

I would always ask Chris, because I wanted to keep it grounded, if he could be my “barometer.” How big you open your eyes, how loud your scream is, all that stuff comes into play when you end up watching the actual film. Nobody would think it, but it’s those little things that make the difference, in my opinion. 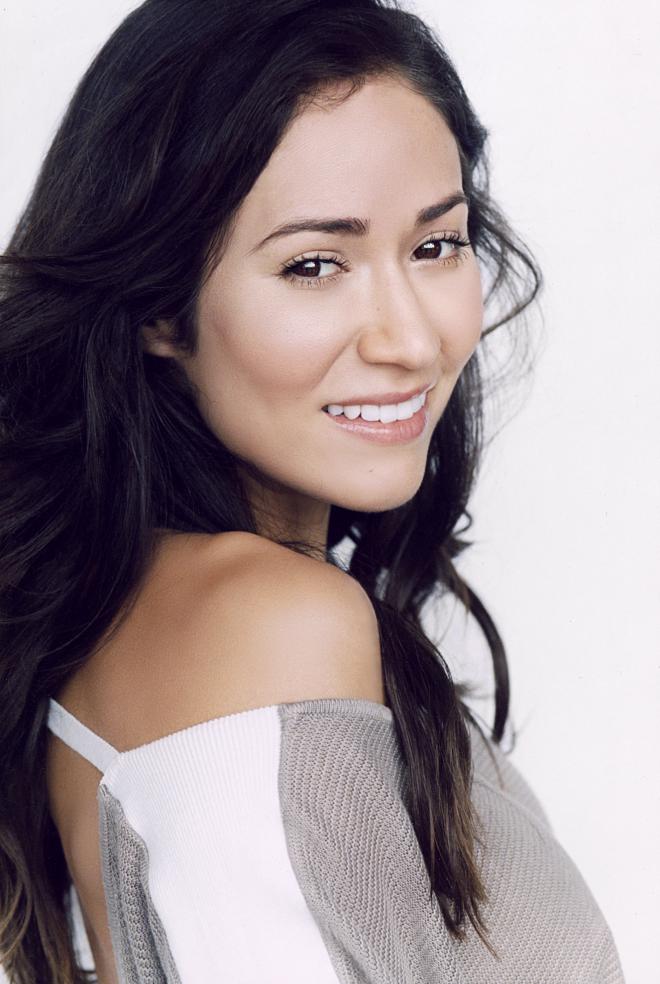 THE OLD WAYS leans heavily into the occult. How did you prepare for the role?

I definitely looked up Catemaco, and the history of the witchcraft world, and just tried to get acquainted. I honestly feel like I had too little time to prepare. It was very quick. I auditioned, then I got the callback the day after. Three days later, we started filming.

Yeah, and that’s not the usual process for a film. I don’t know the juicy details, [but] I believe they had someone else they were working with and there were scheduling conflicts. So, I had to kind of jump in and take on the role. It was a bit overwhelming to be honest because we jumped into super long days. I think our days were fourteen hours? I can’t remember. I just know I was exhausted. I was sleeping like five hours a night, I had super crazy call times, and by the end of the week, I wanted to kill everyone around me. [Laughs] I still love my job…

Yeah. When you make an indie it’s a bit different from a series, or a big-budget film. You definitely get worked a whole lot more, but you also learn a whole more.

Speaking of long days, how do you decompress after a tough day of shooting the heavier, darker stuff?

You kind of don’t. If you’re the lead, you have to go home, you worked all day, and at lunch, were probably looking at scenes you’re going to shoot later. You get home, you eat something, you work on your dialogue, shower, then do it all again the next day. Maybe you stretch a bit, but you don’t even have time for workouts, that’s how rigid the days are.Then the weekend hits and you finally just sleep a whole lot, have a day and a half break and you’re back at it. That’s the truth, man. People might have a different experience depending on the project, but I know, when you’re number one on that call sheet, your schedule is packed and you’re busy until you’re done.

It’s very rewarding though. My family was like, “Are you happy?” [And] I’m like “Ecstatic! I know my voice doesn’t sound like it. I know my voice sounds like I want to kill people, but I swear I’m happy! I’m just tired!” [Laughs]

What attracted you to this role

What attracted me to the role wasn’t even all the insanity that happens to me. I think I didn’t even fathom the idea of that stuff actually happening to me. I was just kind of delusional. What drew me to the story was the fact that it was about a young woman who had lost touch with her culture.

I’m actually the opposite of Cristina. I have a deep connection to my roots. I’m half Mexican, half Cuban. My first language was Spanish. I’m super happy, I’m a joyful girl, I’m not an addict. I hang out with my family all the time. So, I thought it would be interesting to take on a role that is nothing like the usual me. Finding that kind of darkness, that anger, and resentment.

How did you connect with the character despite her being so different from you?

I think everything is rooted in love – or the lack of it. Everything. Every character either wants love or is running away from love. There’s always that conflict, and I feel that Cristina needed a sense of understanding. It’s just a basic human desire, being accepted. Right? In a way she wanted her validation, to understand her purpose. Why did her life suddenly get snatched from her? Why did her mom abandon her? All these questions that people ask themselves. So, as different as we are, I was able to immediately tap into her need for love and desire for family, even though she didn’t even realize it. Her life was full of darkness because she was lost.

If you had to sell me the film, using just one sentence,  what would you say?

The quest for truth unravels the darkest of demons.

Many readers may know you from playing Rachel on Fear the Walking Dead. How was that experience?

Fear the Walking Dead, as well as this film, were both incredible blessings. What I learned from Fear the Walking Dead was the kind of family I want to be in. By that I mean the people I worked with, I think they [were] such a tight-knit, loving team. I pray that I’m able to end up in a project with such an amazing group of people. They were all so loving and kind to me, despite the hours. They would do sixteen-hour days, which is insane. Anyone, from one of the zombies to the person in the kitchen, they were all full of the greatest amount of love. I have nothing but wonderful things to say about that team.

Would you say you prefer film or television?

I love both. I do love the idea of having a family, and maybe that’s more about ending up with a production team I work with often. I love the idea of tackling different roles, I want to do character work. There’s so much, that I feel like I just put my foot in. The world is just now starting to let me in.

I do feel like there’s so much left to do, but I also want to have a family and I feel like having a serious regular role would really give me that flexibility where I know I’m on season, then I can pick up some indies. Then if I want to do an indie this year, I do. If not, I get pregnant. [Laughs] I’m leaving it in God’s hands, going with the flow, and seeing what’s in store for me.

THE OLD WAYS is available now on Netflix.