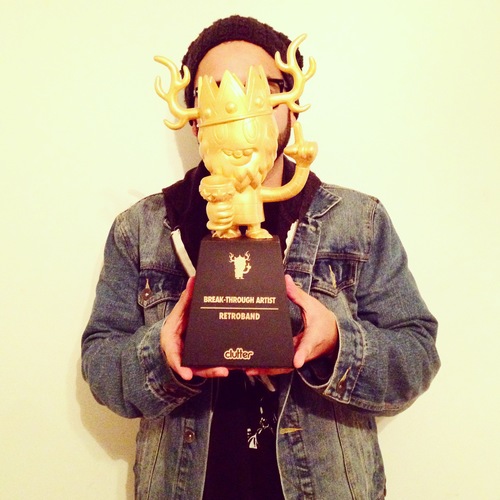 This September, New York City’s Bottleneck Gallery will be host to a truly monstrous exhibition. Artist Aaron “Retrobrand” Moreno, who is known for his wildly successful 70’s and 80’s designer toys and softy vinyl sculptures, will release his creations in I CAN’T STOP THE MONSTER I CREATED. Taking place at Bottleneck Gallery, in Brooklyn, New York, the award winning Moreno will reveal his newly painted/modified creations made specifically for his first solo gallery exhibition. The exhibition will also include many “raw” or unpainted versions of the monster known simply as “MEATS”. 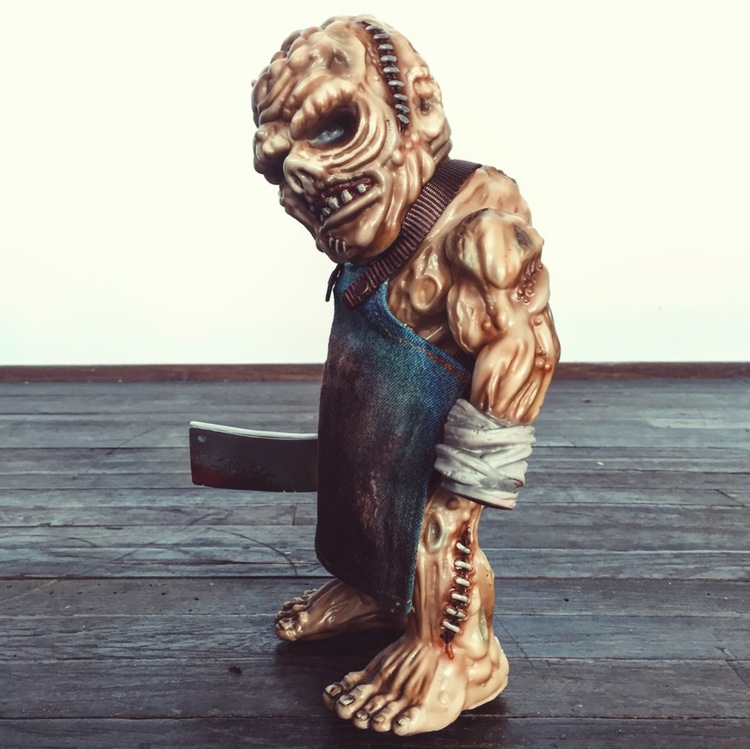 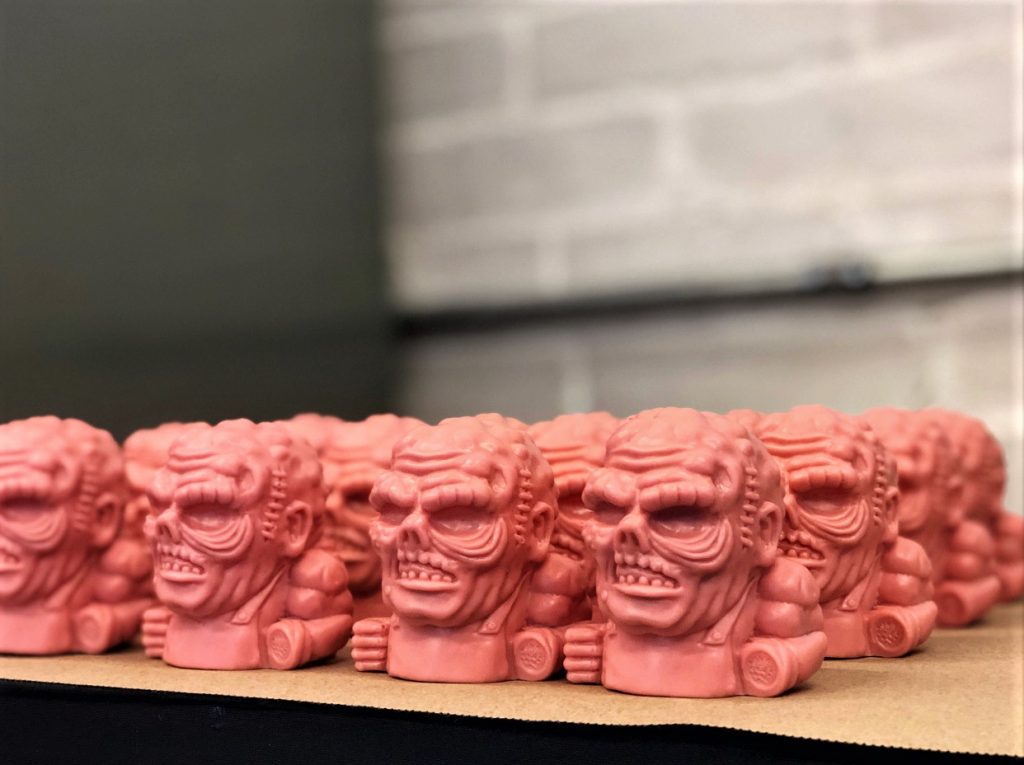 Here is an exclusive first look at one of the designs you will see at the exhibition (which was inspired by Japan’s MA-Ba Zombie toy line).

Also making its debut is a 154-page retrospective art book entitled “MEATS by Retrobrand” and published from CoART Publications. This book will mainly comprise of photographs by Bryan Sargent, specifically-commissioned for this release. The publication will feature a full-colour visual essay of all hand-painted/modified MEATS which were rendered from the first figure released in 2015 until mid-2018. 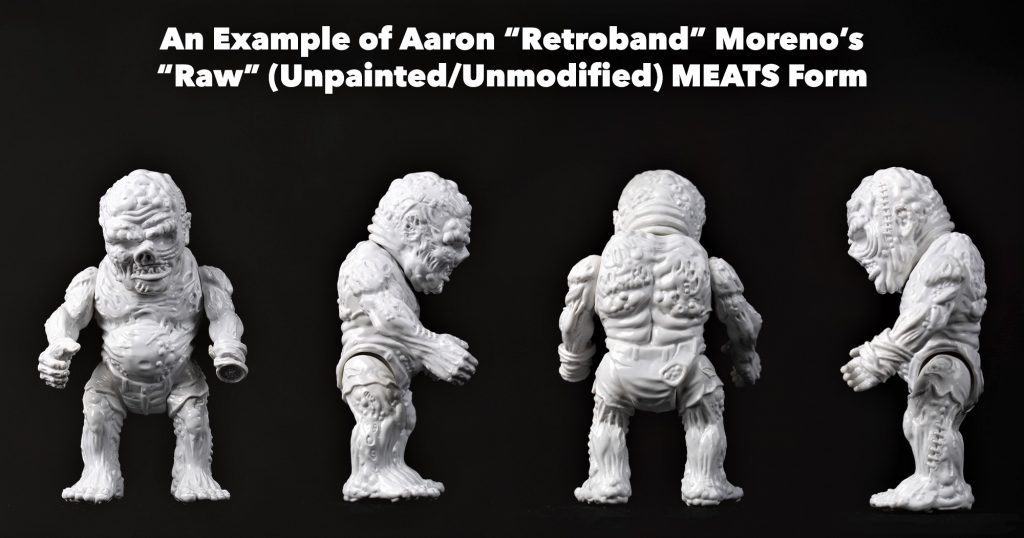 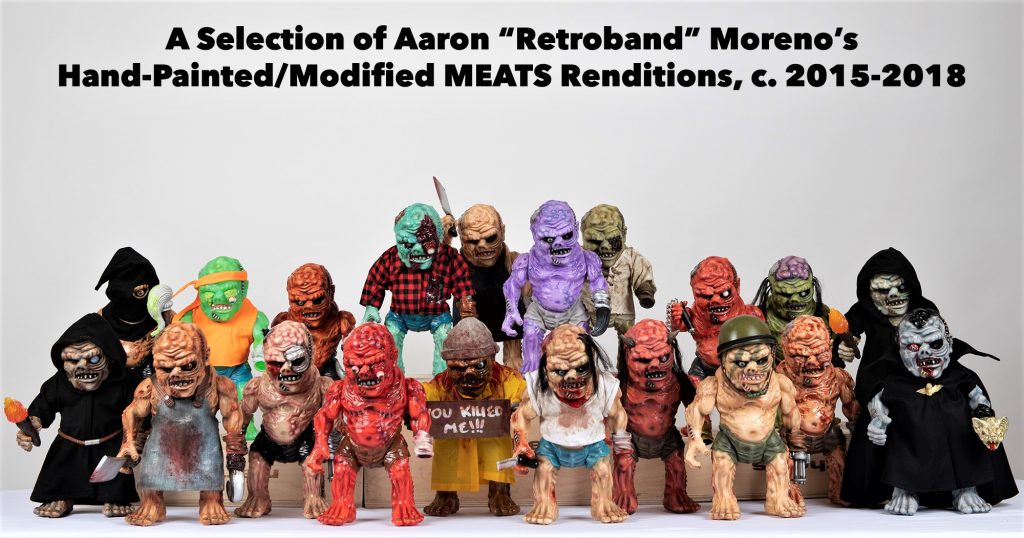 All works will be sold on a first come, first served basis (with an initial limit of one piece and book per person), The “I CAN’T STOP THE MONSTER I CREATED” Moreno exhibition, hosted by Bottleneck Gallery, is free to attend. So if in the New York area, be sure to drop by at 60 Broadway, Brooklyn, New York, on Saturday, September 21st, 2019 from 6-9 pm. Horror fun, designer toys, books, and you get to meet one of today’s most notable designer toy artists in Aaron “Retrobrand” Moreno. Be there or you’ll be dead MEATS!
For more information on Aaron “Retrobrand” Moreno, or Bottleneck Gallery, please refer to each individual website and Social media accounts. 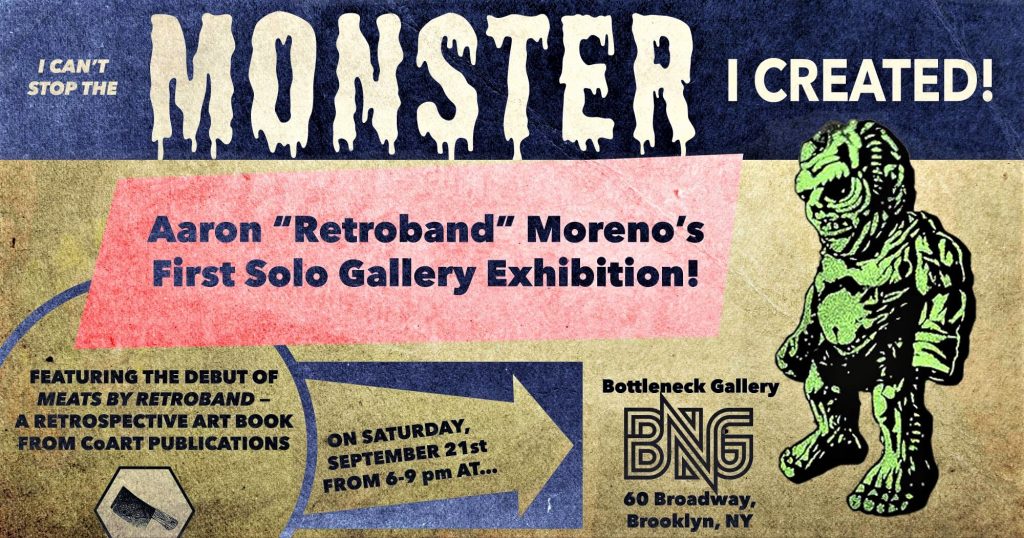