The life of a move poster can be a long one and can live long after the film has left theaters. Finding the perfect poster is a hard task for artists, considering the fact that said poster must tell a story and be able to entice the moviegoer from dozens of other movies vying for attention. Sure, these aren’t the only variables when viewers choose what movie to see – there’s also trailers, reviews and gossip shows – but the poster is most likely the last thing to be seen and may sway them one way or another. 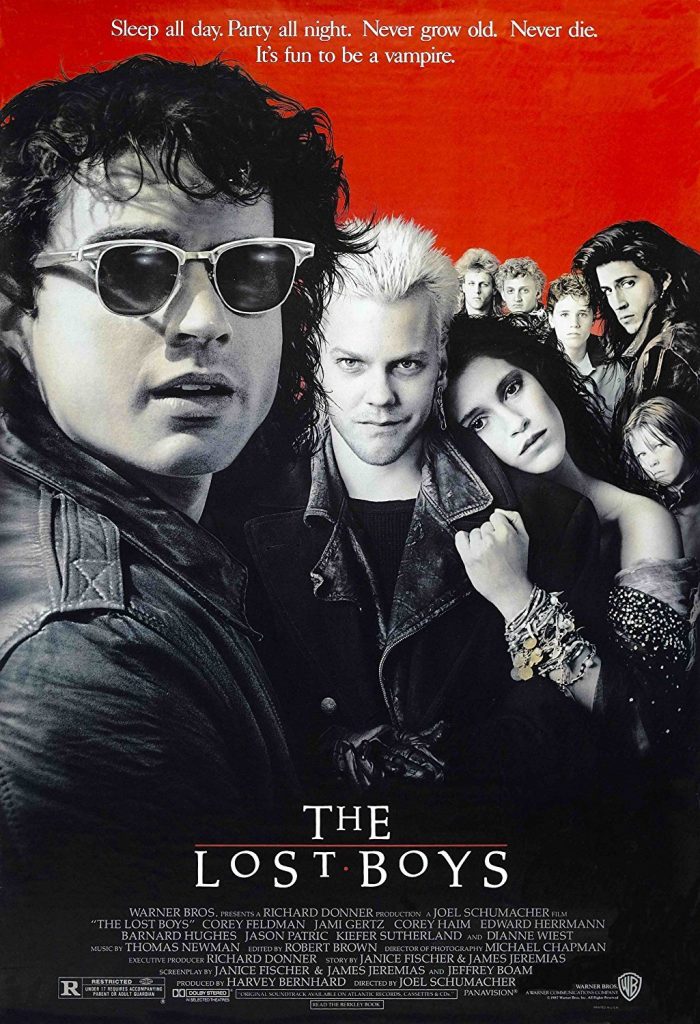 Designed by John Alvin, the “red-themed” poster, which was used in the theatrical run of the 1987 film

Artists who design movie posters usually have countless different concepts before settling on the appropriate design. These unused designs are for the most part never seen again, but today Bottleneck Gallery, along with artist Justin Ishmael (with thanks to poster Legend John Alvin’s estate), will open the casket on three unused concept posters that Alvin did while working on The Lost Boys, the classic teen vampire film of the late 80’s. These never-before-released posters will see the light of day for the first time. 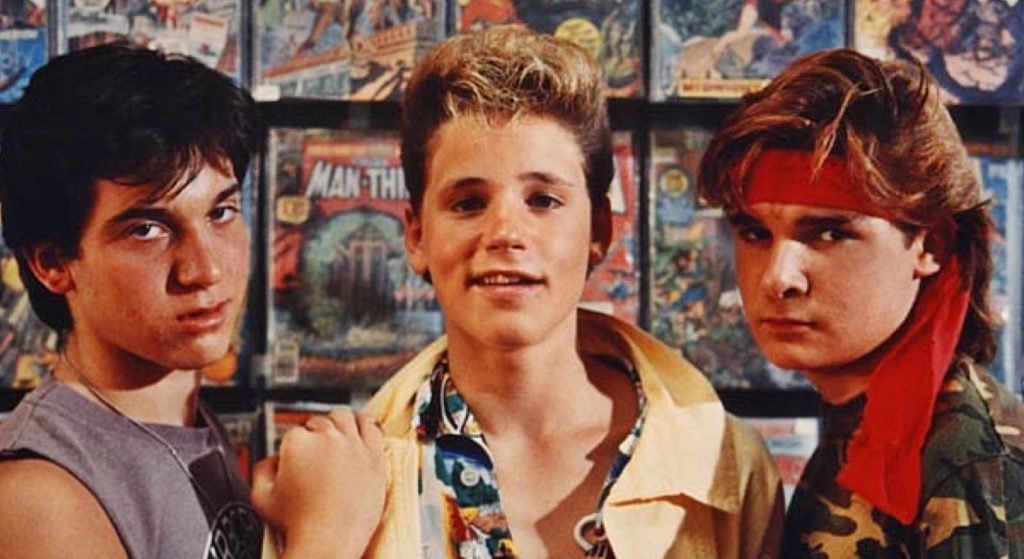 If this wasn’t exciting enough news for fans of the classic vampire film, fans will also get a chance to purchase for the first time ever, full recreations of “Vampires Everywhere” and “Destroy All Vampires”, that the Frog brothers show Sam (Corey Haim) in the movie. 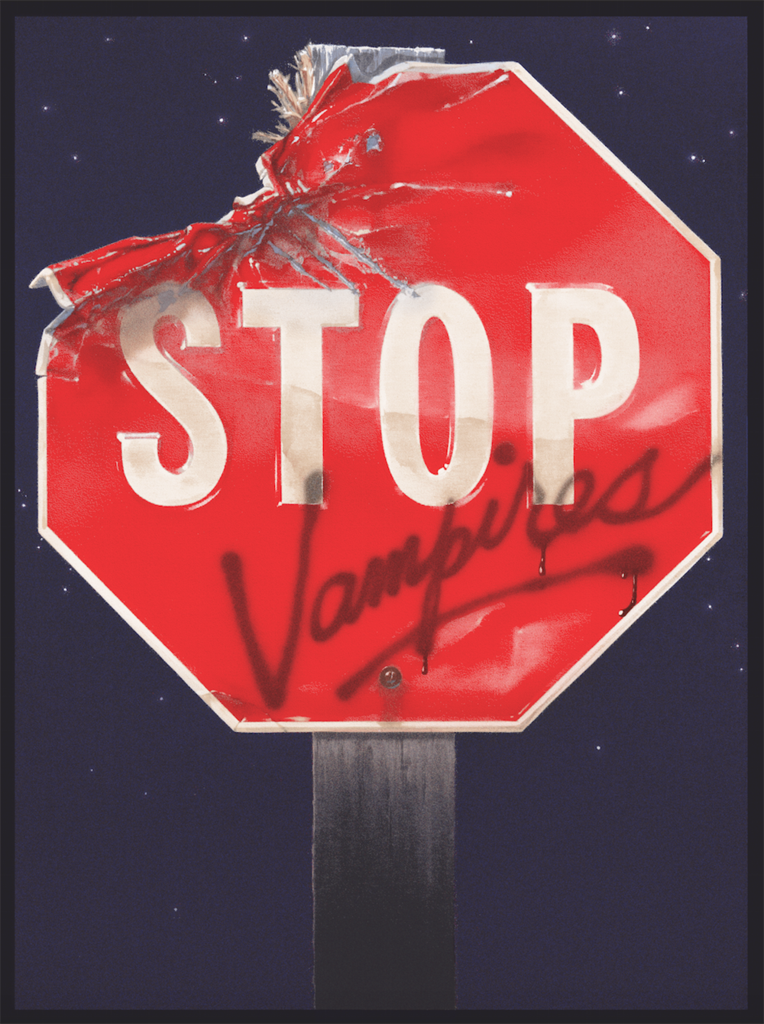 Bottleneck Gallery will release the 18 x 24 inch screen-prints posters (designed by John Alvin, who also created the “red-themed” poster, which was used in the theatrical run of the film), with the first two posters, THE LOST BOYS STOP SIGN and THE LOST BOYS TEASER POSTER  will get a “textless” variant edition, along with the standard “text” design. Look for the versions with text to be in an edition of 150 at a cost of $50 USD (individually) and the variant editions of 50 at a cost of $60 USD (individually). 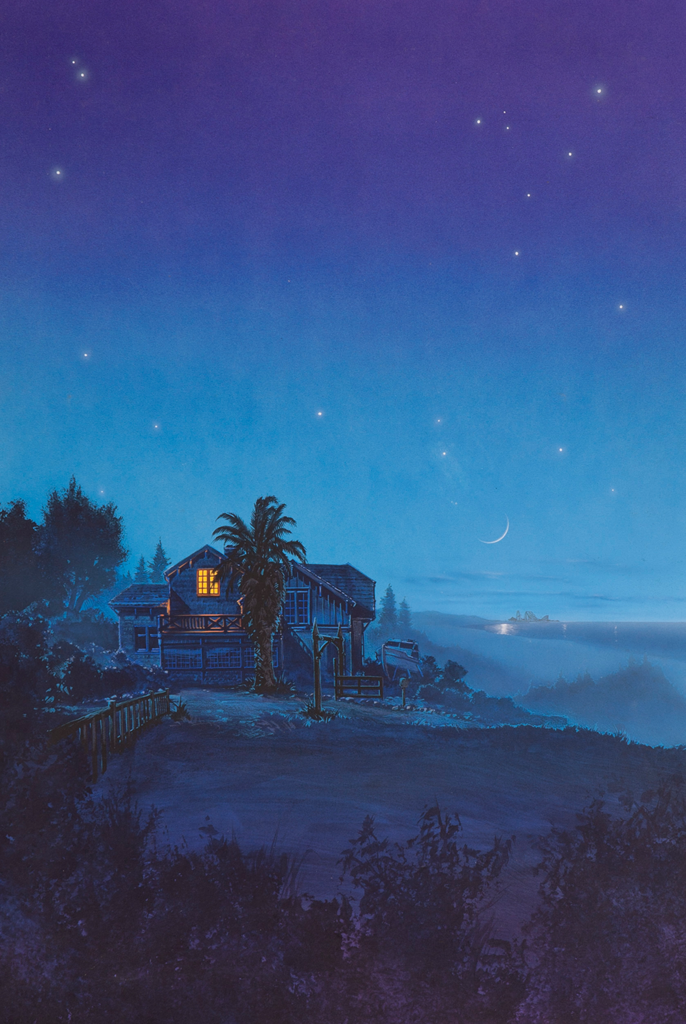 The third poster, entitled “Santa Carla” will be an online exclusive release, available on Bottleneck Gallery’s website, todayTuesday, June 4. This 13 x 19 inch giclée styled poster will be in an edition of 125 and cost $50 USD. 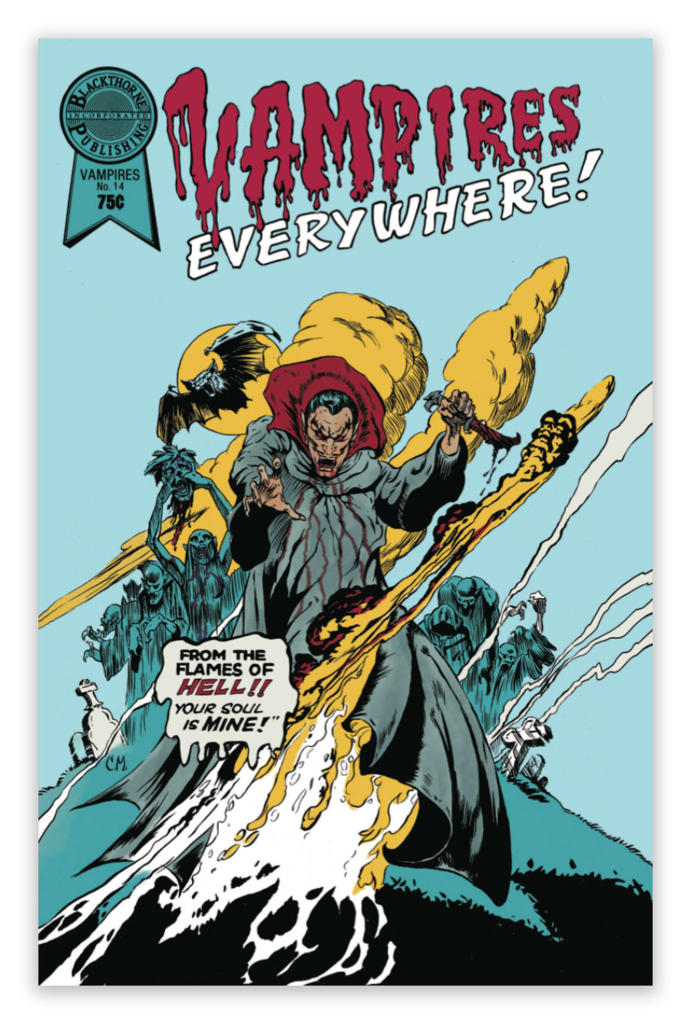 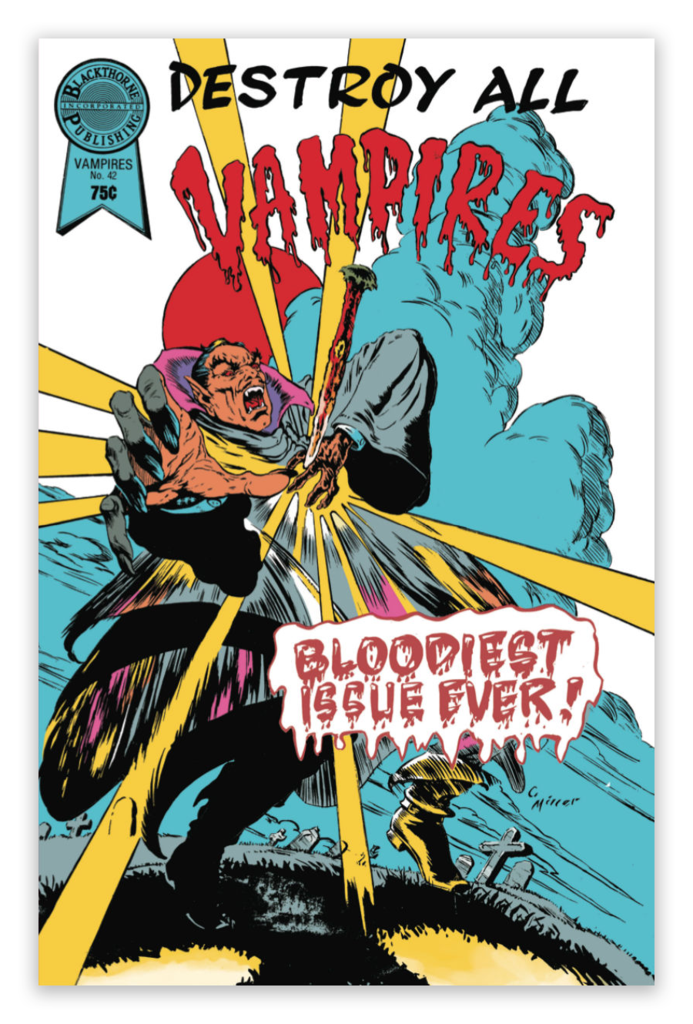 Finally, Bottleneck Gallery will open up pre-orders for VAMPIRES EVERYWHERE AND DESTROY ALL VAMPIRES PROP REPLICAS COMICBOOKS by Justin Ishmael (Justin Ishmael spearheaded this project, and recruited virtuoso comic colorist Rico Renzi to reconstruct and recolor both issues of the comic). Fans will finally get a chance to see all the pages within the comics that were created for the film. These helpful hunting vampire guides can adorn collector’s collections for a cost of $10 USD each or $15 USD for the set. Look for each comic to have four double-page spreads made for the movie inside, as well as the original line work. 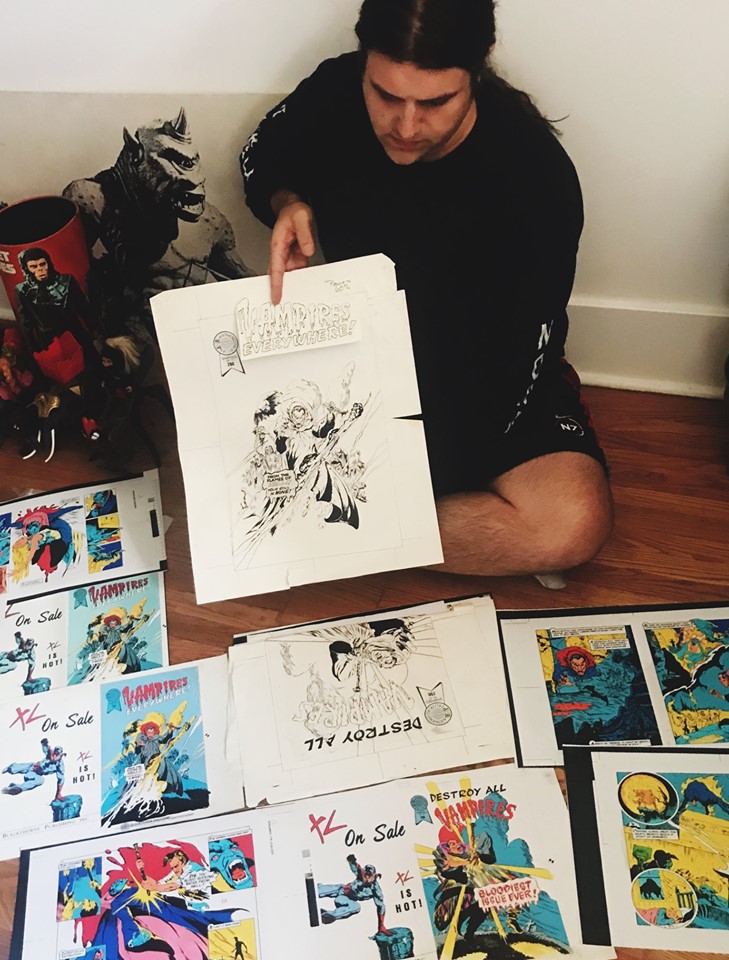 Ishmael was also featured here on the website for his “Tarman mini collectible figures based on that oily zombie in Return of the living Dead film. Keep up to date on other exciting releases from Bottleneck Gallery and Justin Ishmael in the future on their websites and Social medias, and remember these vampires bite!