Bottleneck Gallery Says One, Two, We’re Coming For You With Newly revealed “A Nightmare On Elm. Street” Screen Prints From Artist Matthew Peak

The ever-blossoming team of Bottleneck Gallery and artist Matthew Peak have spawned some on the most miraculous horror screen prints around. Matthew has covered some of the horror genre’s most formidable foes, such as Halloween‘s Michael Myers as well as A Nightmare on Elm Street‘s consummate bad guy Freddy Krueger. 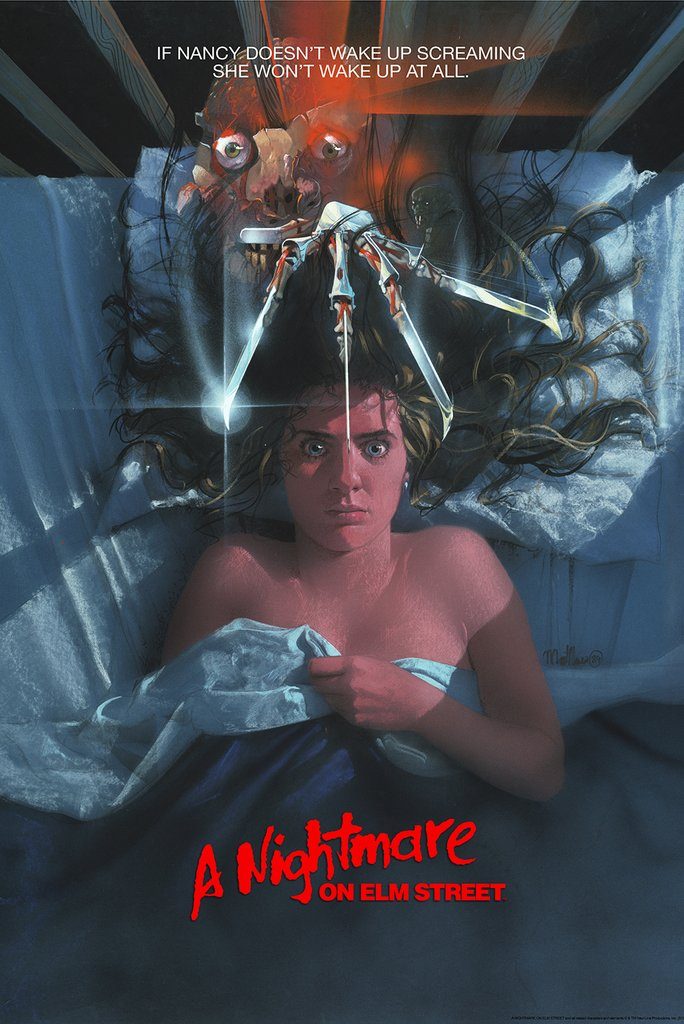 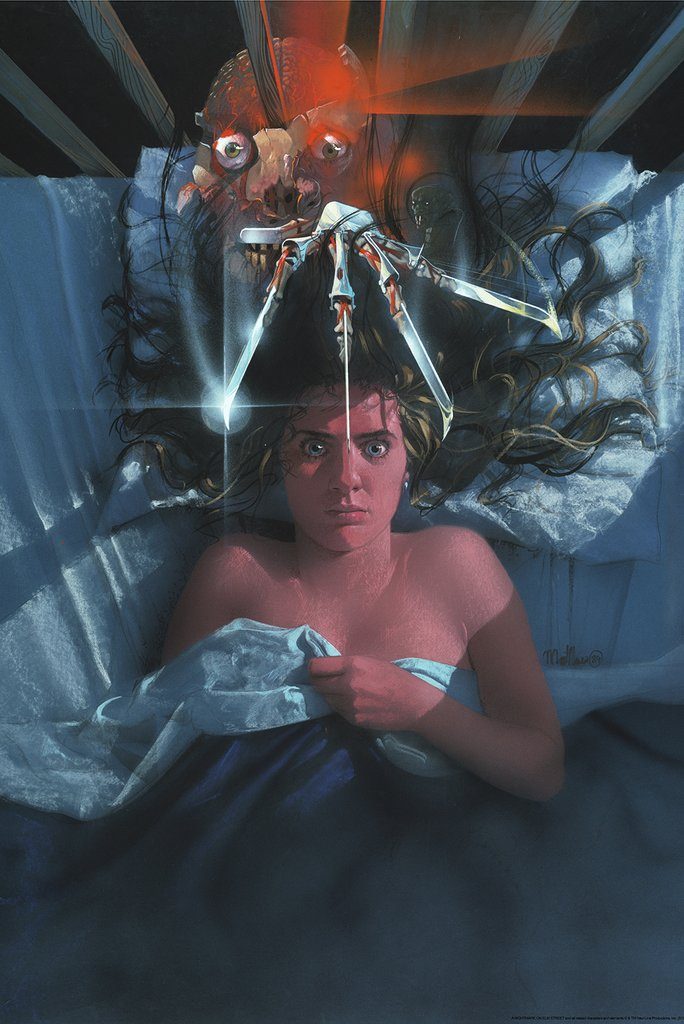 This time around Matthew covers two more Nightmare films, including an officially licensed print for the first Freddy film A NIGHTMARE ON ELM STREET (TIMED-EDITION). Two versions of this poster will be released, one to include the film’s title and the tagline “If Nancy doesn’t wake up screaming, she won’t wake up at all”. The other “variant” release with only feature the poster image without words. Both 23-color screen print 24 x 36 inch editions will be numbered and feature signatures from artist Matthew Peak or both Peak and Heather Langenkamp, a.k.a. Nancy Thompson. 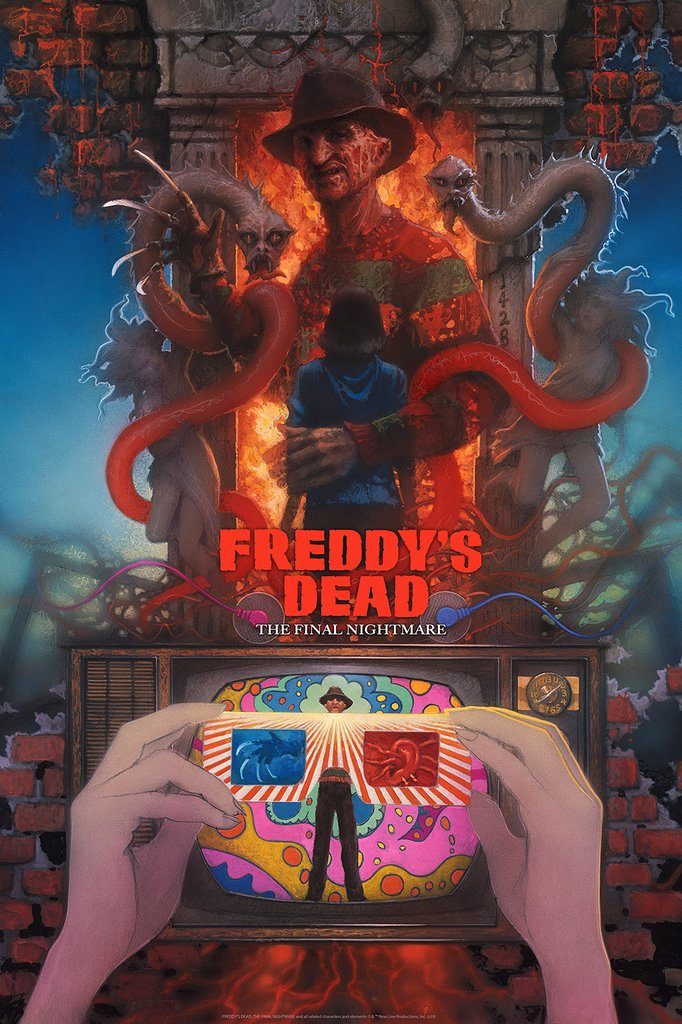 Signed and hand-numbered edition of 150 $75 USD

If this wasn’t already enough to get the blood pumping, Bottleneck Gallery will also be releasing another Matthew Peak monster masterpiece in FREDDY’S DEAD: THE FINAL NIGHTMARE. This print works in all the wild and weird 3D fun that was contained within the sixth film in the franchise. 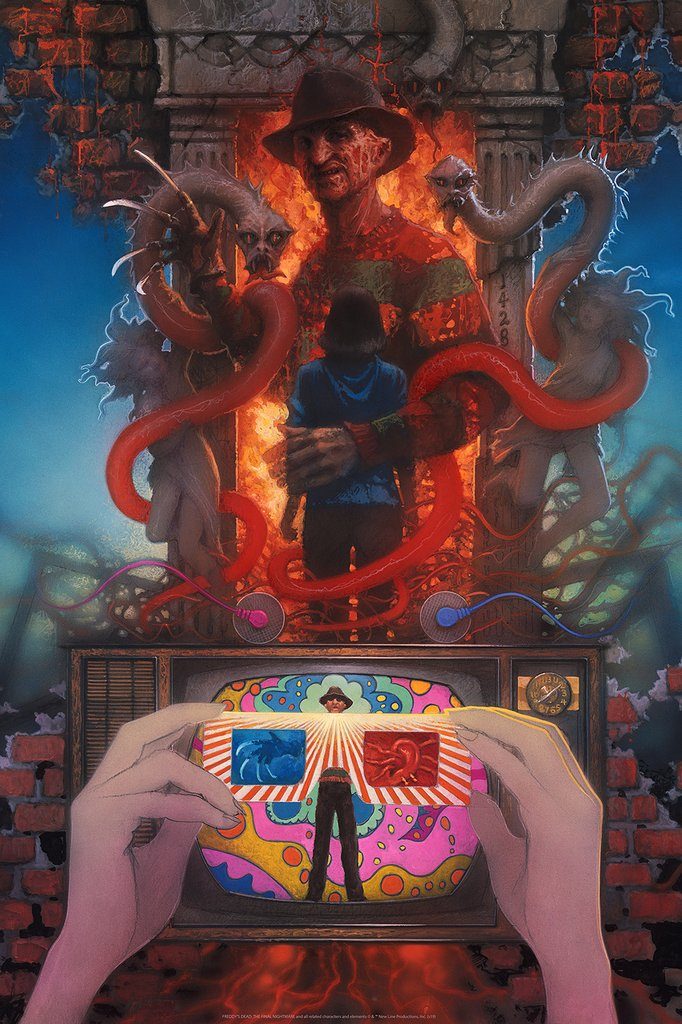 Signed and hand-numbered edition of 50 $85 USD

Just like the aforementioned screen print release for the original film, there will be two editions, one with text and one without. Both 20-colour screen print, 24 x 36 inch posters with come numbered and hand-signed by the artist.

A Nightmare on Elm Street will be available as a timed-edition release from Tuesday May 28 at 12PM ET through Friday May 31 at 12PM ET. Look for Freddy’s Dead: The final Nightmare screen prints to be available at 12PM ET, Until then, sweet dreams.