UNHUMAN, from Blumhouse Television and EPIX, receives digital release June 3 from Paramount Home Entertainment. Directed by Marcus Dunstan from a script he wrote with Patrick Melton (the duo previously collaborated on the COLLECTOR trilogy and several SAW sequels), it stars Brianne Tju, Benjamin Wadsworth, Uriah Shelton, Ali Gallo and Peter Giles. The synopsis: “In this story of a high school field trip gone bloodily awry, seven misfit students must band together against a growing gang of unhuman savages. The group’s trust in each other is tested to the limit in a brutal, horrifying fight to survive and they must take down the murderous zombie-creatures…before they kill each other first.” 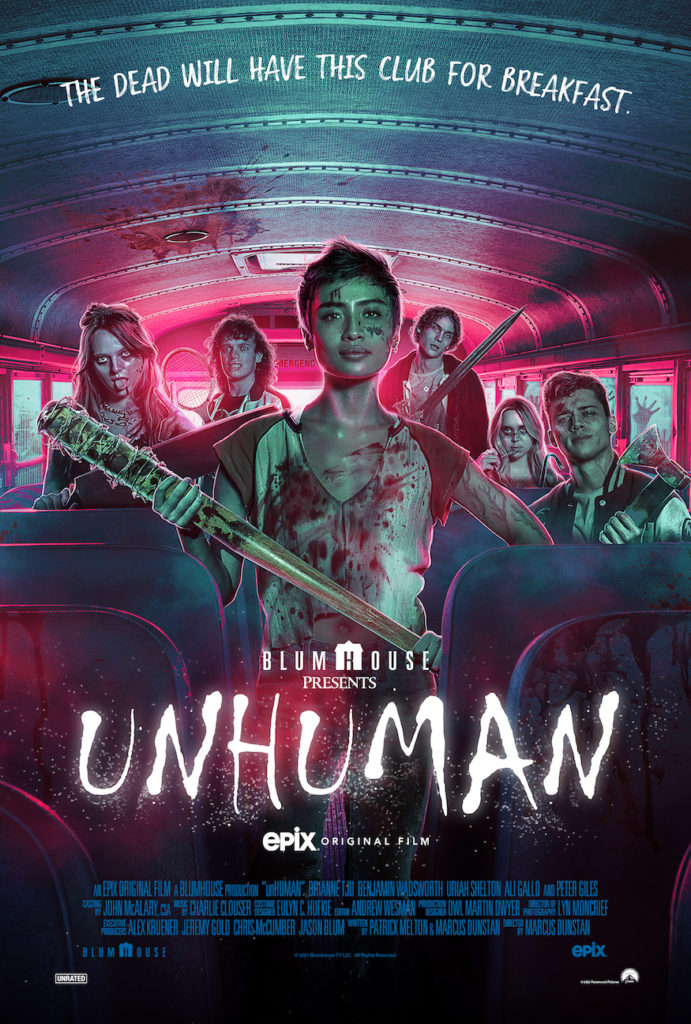