“Calculatedly ugly and undeservedly cruel,” reads one 2011 review of Lucky McKee’s THE WOMAN. “Subtle as a mugging,” snipes another. Ask the audience at that year’s Sundance Film Festival–in which one person actually fainted and another left the screening shouting about how the film should be confiscated and burned–and you might have heard similar sentiments. One of the few truly controversial horror films of the 2010s, THE WOMAN is back with a vengeance courtesy of Arrow Video, and this time around, American viewers should be a good deal better equipped to digest what it’s serving up.

Sean Bridgers (Room) stars as Chris Cleek, a small-town lawyer and patriarch of a clan made up of his shrinking violet wife, Belle (May’s Angela Bettis) and three children: moody adolescent, Peggy (Lauren Ashley Carter), middle child, Brian (Zach Rand) and cheery pre-schooler, Darlin’ (Shyla Molhusen). When Chris is out hunting one day, he comes upon a feral woman (Pollyanna McIntosh) bathing naked in a creek, and hatches a plan to kidnap and “civilize” her with the help of his picture-perfect family. Shackled in the fruit cellar, the Cleek’s prisoner may be dangerous, but the threat she poses is minor compared to the degradation and horror her presence sheds light on within this seemingly happy family unit. 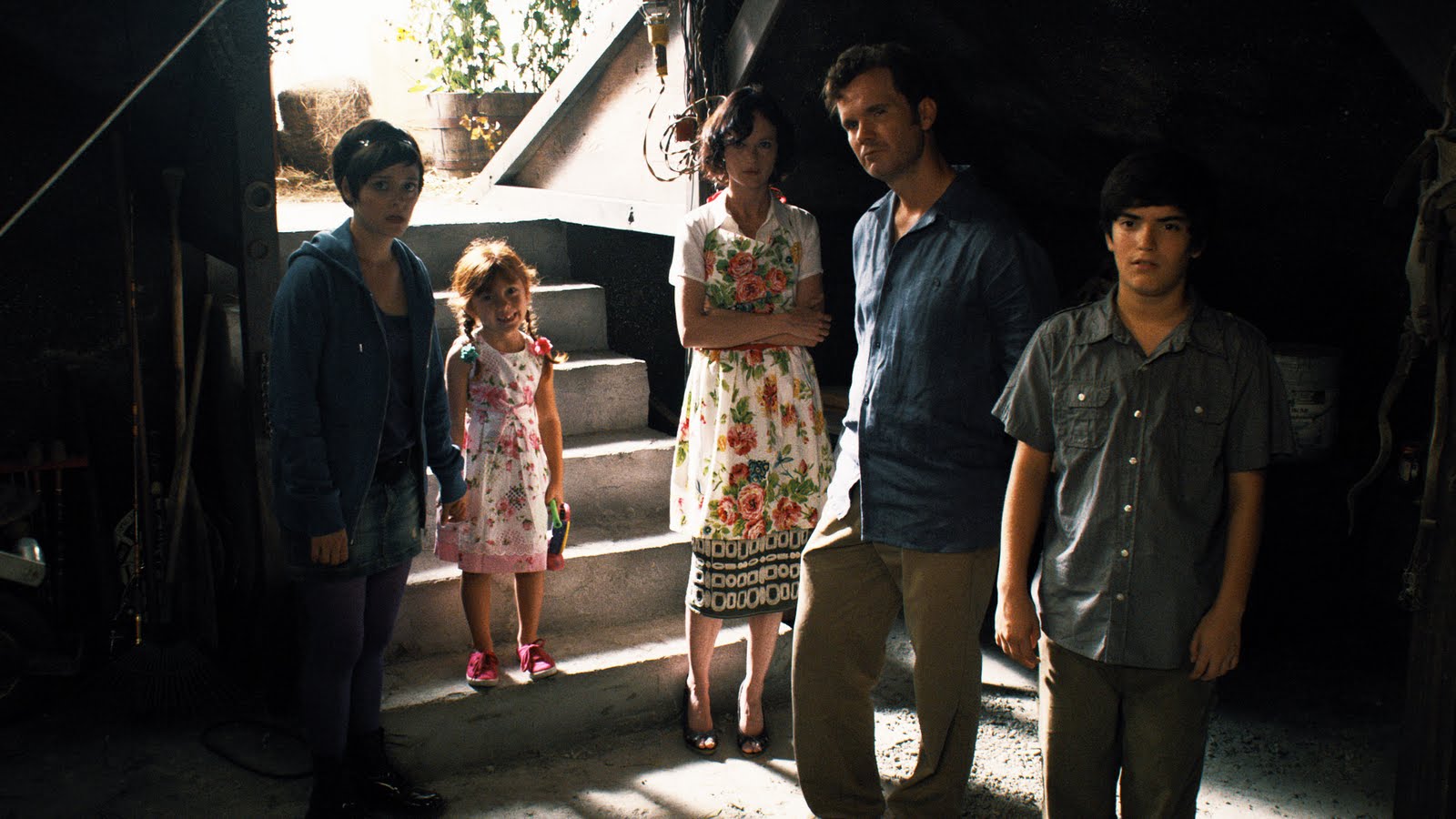 Though THE WOMAN totally works as a standalone narrative, as of last year, it’s the middle chapter of a trilogy of films. McIntosh first appeared as the character in Andrew van den Houten’s 2009 home-invasion effort, Offspring, based on Splatterpunk fiction author Jack Ketchum’s novel of the same name. Reportedly, McKee was so taken with her performance that he concocted the idea to build a film solely around her, and, with Ketchum, co-wrote THE WOMAN’s screenplay along with a companion novel. Last year, McIntosh, with the blessing of the since-departed Ketchum, premiered Darlin’, a continuation of the character’s saga which she wrote and directed, herself.

This speaks to the rare power of McIntosh’s performance, which only McKee has been able to showcase in its full potential and ferocity. THE WOMAN is constructed around her, and the actress’s almost otherworldly presence is a smart compliment to the more mundane evil of the Cleeks, specifically that of Bridgers, who gives one of the most repugnant and cruelly effective performances horror has seen in the last decade. In 2011, it may have been all-too-easy to see THE WOMAN as extreme, reactionary, or over-the-top, released as it was during the first term of the Obama presidency. But in the era of #Metoo, incels, Men’s Rights activists, and a President who regularly lashes out at female reporters­, THE WOMAN’s brutal satire no longer seems to land quite so far off the mark. 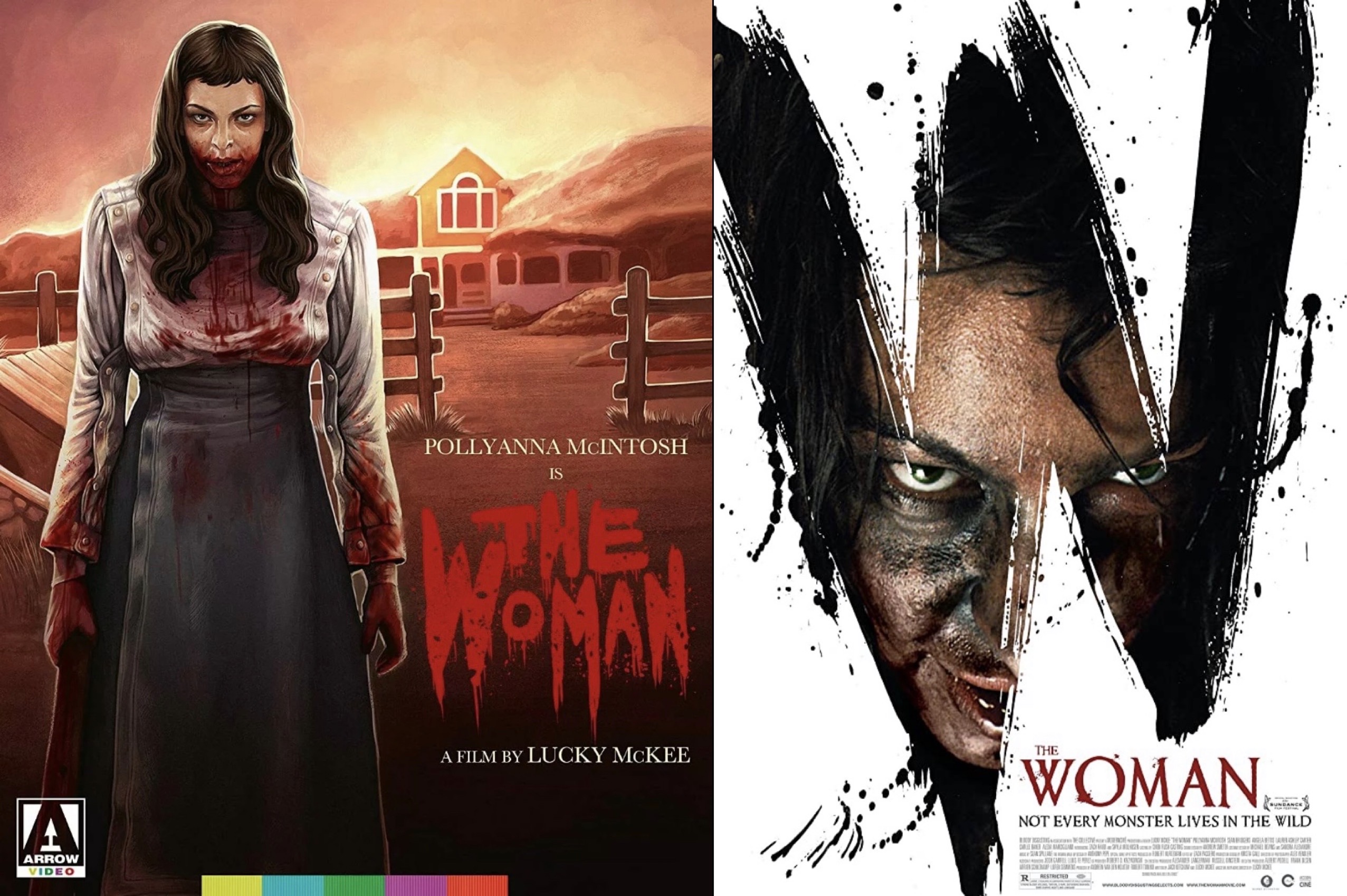 Arrow Video brings THE WOMAN into its catalog in a brand new 4K restoration supervised and approved by McKee with Original DTS-HD MA 5.1 surround sound. It goes without saying that this is the way the film was meant to be seen, bolstering McKee’s signature visual palette of slow-fades, overlaid images, and clever framing with stunning clarity. Special features are copious. Three new commentaries are included: one with critic Scott Weinberg, another with McIntosh, and a third in which McKee is joined by the film’s editor, sound designer, and composer. A fourth is ported over from an earlier release and features McKee solo. Each one is worth a listen and offers new angles from which to approach this difficult, meaty film. Rounding out the package are a behind-the-scenes documentary assembled from candid footage shot by the director’s father, an interview with Lauren Ashley Carter, archival featurettes, deleted scenes, a Frightfest panel discussion from 2011 about the future of horror, and various other assorted goodies. The first pressing comes with a booklet featuring new writing by Kevin Kovelant, Michael Blyth, and Alexandra Heller-Nicholas, and a slipcover/reversible sleeve featuring killer new artwork by Vanessa McKee, Lucky’s missus.

Reaching out from the 2010s to slash through our current social moment with a hand-wielded lawnmower blade, Lucky McKee’s THE WOMAN is a difficult masterpiece that’s worth a second look. Through Polyanna McIntosh’s formidable “savage,” Lucky McKee and Jack Ketchum sought to remind audiences that beneath the enlightened, civil façade of mainstream America lies a mealy core of abuse and misogyny. Though we might not have been ready for that message, the post-2016 resurgence of regressive attitudes and the rise of satirical thrillers like Get Out and Parasite have primed us to hear with greater clarity what THE WOMAN has to say. The movie may be hard to love, but there’s a lot to like about Arrow Video’s director-approved 4K package, which makes it a must-buy for anyone brave enough to rise to its unique, bloody challenges.

THE WOMAN is available on Blu-ray from Arrow Video May 26th, 2020