Blu-ray Review: “Flowers in the Attic” from Arrow Video

Even those not raised on the pulpy paperbacks of the 1980s likely remember FLOWERS IN THE ATTIC, a.k.a. “that incest book” your sister was probably into. The first entry in V.C. Andrews’ series of tawdry gothic melodramas concerning the Dollanganger children and their grim coming of age was published in 1979, birthing a phenomenon and string of sequels that have managed to continue well beyond their original author’s early death in 1986. As a wildly successful novel that appealed to young people, a big-screen adaptation of FLOWERS IN THE ATTIC was a no-brainer. But the neutered, uneven film that premiered in 1987 was a far cry from what fans had hoped, earning it a reputation as a hands-down failure that has dogged it ever since.

Though a handful of directors were attached to the project (even Wes Craven!), the task of adapting FLOWERS IN THE ATTIC eventually fell to Jeffrey Bloom (BLOOD BEACH). Working from his own script, Bloom filed down the rougher edges of V.C. Andrews’ tale, but the film fell prey to a coterie of producers who were at odds with the director in their eagerness to appease test audiences. Three endings were shot, and the clumsy one that made it to the screen (which Bloom neither wrote nor directed) pissed off a legion of fans for its deviation from the source material and branded the film as high camp due to one howlingly bad climactic line concerning a baked good. Coming at it without expectations, however, FLOWERS IN THE ATTIC is a good deal more enjoyable than you might have heard. It’s comfy fairytale trash: a steaming cup of misery porn for lonesome tween girls and their grandmothers, cut with just a titch of ice to make it go down without scalding. 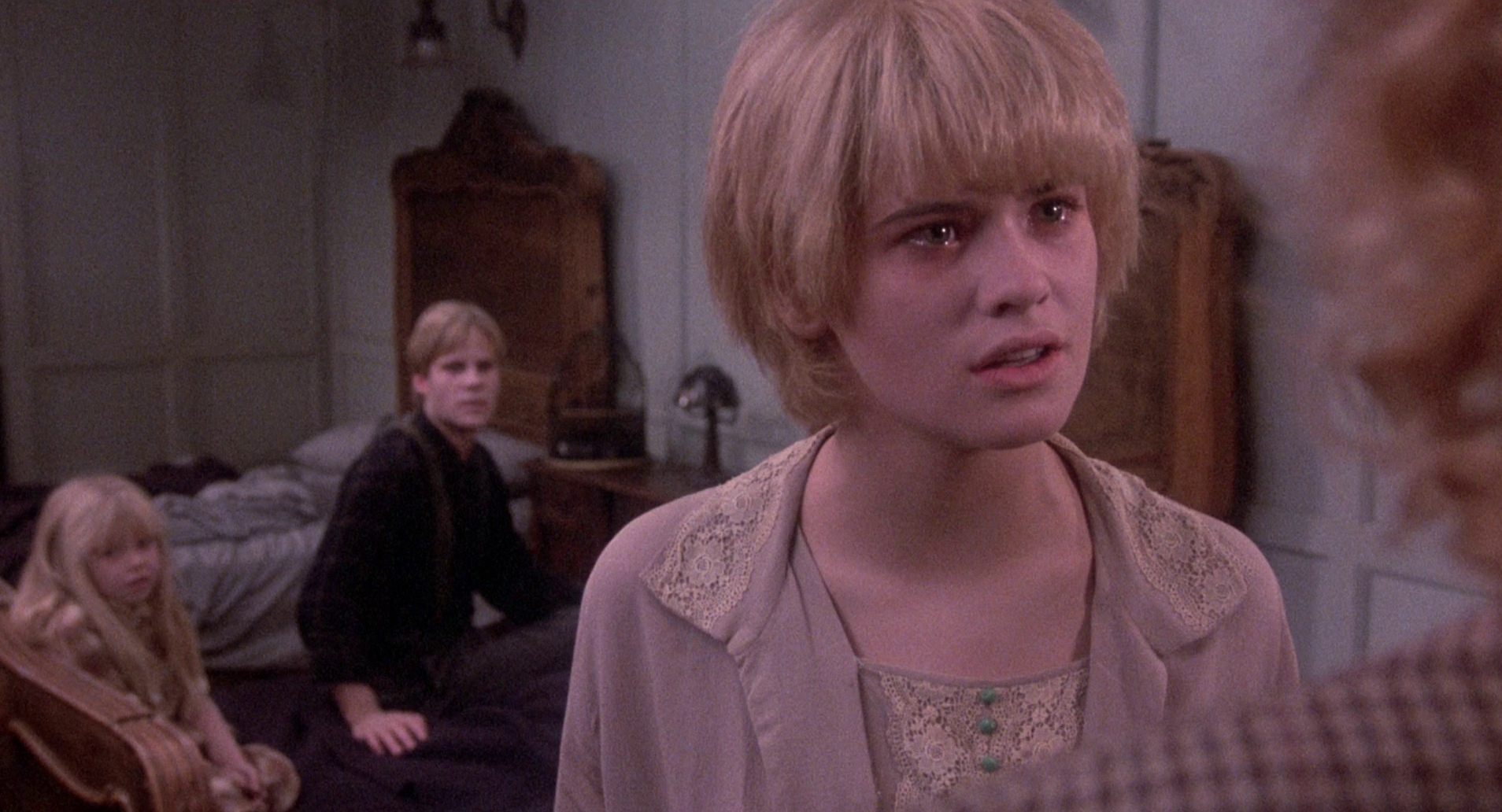 Cathy (Kristy Swanson) Chris (Jeb Stuart Adams) and their young twin siblings’ (Ben Ganger, Lindsay Parker) picture-perfect lives are uprooted when their father dies unexpectedly, leaving the brood and their mother (Victoria Tennant) to seek financial assistance from their estranged grandparents. But the children find no comfort in the arms of their sadistic Grandmother (Louise Fletcher), who lords over the menacing family manor, Foxworth Hall, and views them as a product of the sin that drove their mother to leave it. Confined to a single room with only a secret attic passageway providing a fleeting escape, Cathy, Chris, and the twins quickly learn that they have only each other to rely on if they want to survive.

Beyond its style though, FLOWERS IN THE ATTIC is a little creaky. The performances often get some flak, and rightly so. The kids have only two modes—sad and super sad—while Tennant has trouble selling her kindly-mother-corrupted-by-avarice turn, not that the script does her any favors. Louise Fletcher is cruel without charisma, which isn’t obligatory, but when your reputation precedes you for having played one of cinema’s greatest villains, it’s hard not to compare rotten apples to bitter oranges. 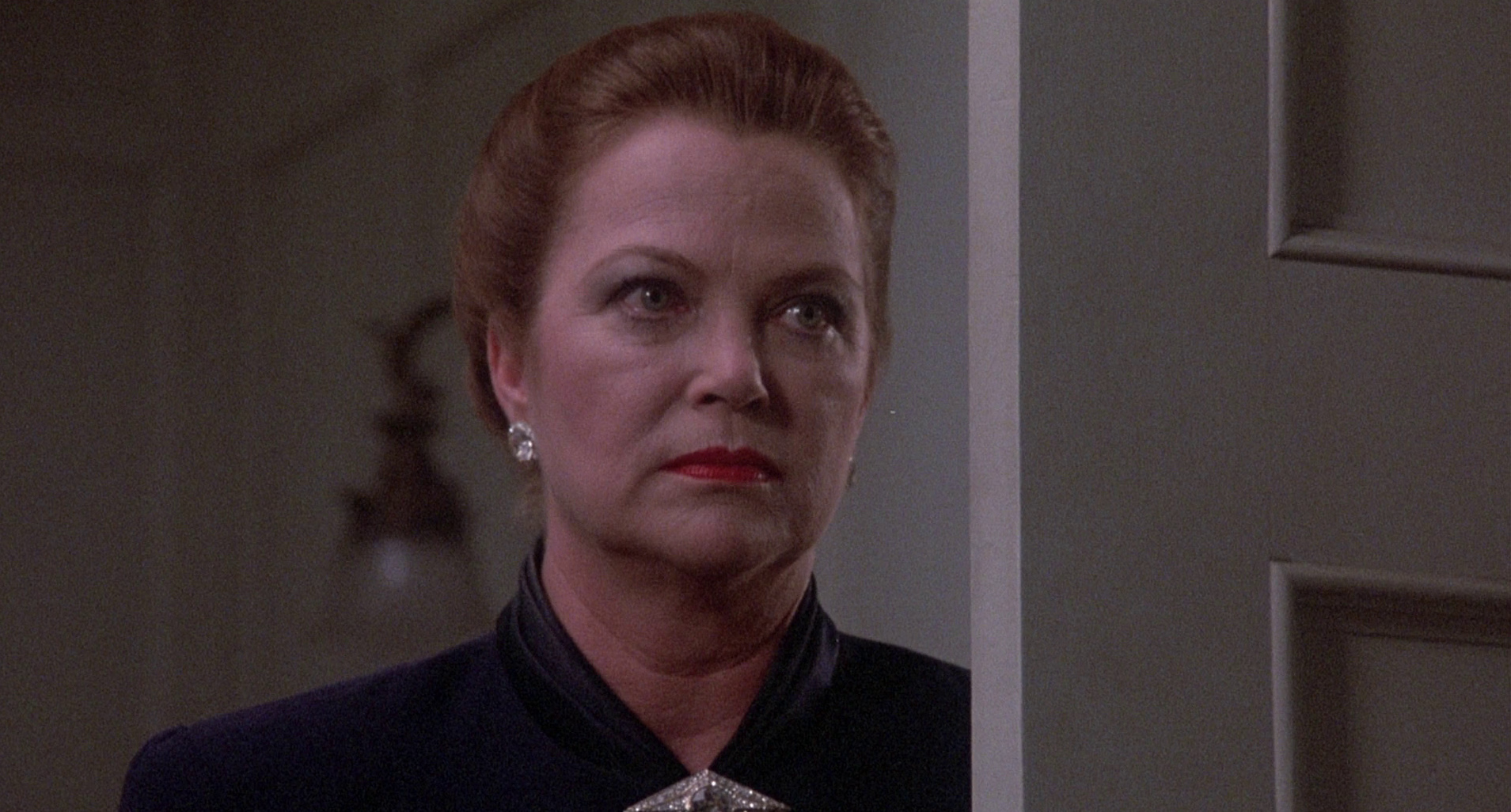 But if you’re in a certain mood, FLOWERS IN THE ATTIC hits the spot. The atmosphere is thick and heady, the skin-deep performances accentuate the storybook nature of it all, and despite the film’s tameness, there’s plenty that’s dark and gross and barely hidden; “no incest” really just means no explicit incest, because jiminy cripes are these some touchy-feely interrelated towheads…

Arrow Video presents FLOWERS IN THE ATTIC in its original 1.85:11 aspect ratio with 2.0 sound. This is the same transfer that was found on the U.K. release last year, which itself seems to be an older transfer dating back to 2014, and as such, it has the same issues.  The source material exhibits some damage and debris, but nothing extreme.  Though the overall image quality is soft, the cinematographers obviously intended the film to have a gauzy, dreamlike visual style, and this transfer doesn’t sacrifice that. The strong grain field does cause some of the finer details to be lost, but again, a further attempt to clean up the image would compromise the film’s intended look. FLOWERS IN THE ATTIC is not a film for 4K. If there’s one complaint to make, it’s that the blacks here are very not true, which you can most clearly spot any time Fletcher’s funearal Grandmother appears onscreen. 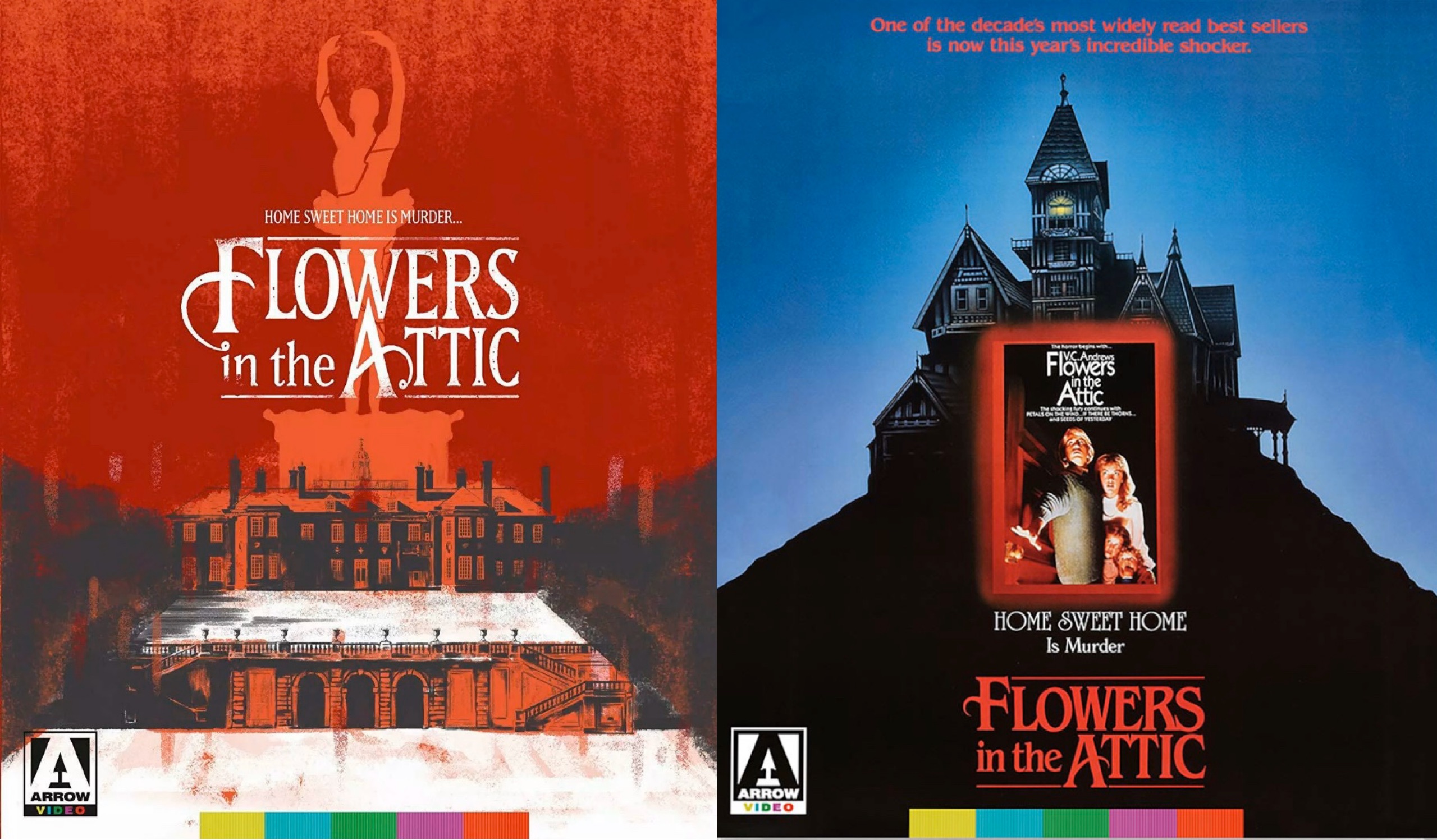 Arrow makes up for the lack of a new transfer with a hefty helping of special features, including a new audio commentary by Kat Ellinger (editor-in-chief of Diabolique Magazine and lifelong fan of the film) and new interviews with Frank Byers, John Muto, Jeb Stuart Adams, and Christopher Young. The film’s original ending is included (sourced from a damaged archival Betamax tape), as is the revised, theatrical ending with commentary by replacement director Tony Kayden, behind the scenes images, illustrations, and storyboards. The reversible sleeve features original and newly commissioned artwork by Haunt Love, and the first pressing comes with an Illustrated collector’s booklet with new writing on the film by Bryan Reesman.

Likely the only film in existence to count “not enough sibling-on-sibling lovin'” among its most common critiques, Jeffrey Bloom’s adaptation of FLOWERS IN THE ATTIC may have failed to live up to the expectations of book lovers in its time, but has since become a cult classic in its own right. Though Arrow Video hasn’t given it a facelift, the label presents FLOWERS IN THE ATTIC with enough goodies to make this the definitive edition for longtime fans, and a soft recommendation to anyone game for a classicly-styled gothic aimed at the scrunchie set.

FLOWERS IN THE ATTIC is available November 12th, 2019 from Arrow Video