A week has passed since the Blood in The Snow Film Festival closed its doors, and for those of us that survived (sadly, there’s so few of us now) the wait starts for it to rear its ichor-soaked head once again next year. I was fortunate enough to both catch most of the films and escape with most of my skin, and I gotta’ say, BiTS is so much more than just a film festival. There’s a genuine feeling of community, both for horror and film buffs. Up and coming artists get to rub elbows with seasoned horror veterans, ask questions, make connections and hopefully forge friendships…or at least a cult, for tax purposes.

BiTS has been going strong since 2012, which reflects in how expertly coordinated it is. The lines moved quick, the service was sharp, everyone was full of manic glee. Hell, even the crowd was surprisingly good-natured, and if you’ve ever been to a horror event, you know how ugly these things turn when the shitty fans show up.

“If you want to know what keeps the blood pumping in the indie scene of horror, these events are a must.”

Before I start telling you about my favorite shorts and movies, I really want to shine a light the often neglected “Deadly Exposure” element of the festival. These were events that include power round tables with key industry professionals, industry panels, and networking cocktails. If you want to know what keeps the blood pumping in the indie scene of horror, these events are a must. If you’re feeling brave enough, you can try to make a connection at the networking event, but please, read the room, no elevator pitches without being asked. If you don’t have the guts to go right up and hobnob with these goblins, the panels and presentations are amazing for up and coming filmmakers. You learn about everything from financing your film to distribution. You’ll get educated on stuff you didn’t even know you needed to worry about, like the new position of Intimacy Coordinator.

Now comes the point where I piss off most of my audience because I’m clearly wrong about which films I found the best. Now, to be clear, before you burn down the abandoned windmill I use as a workspace, I didn’t manage to see EVERY single short and movie, because I was fighting off a monkey rage virus (see: common cold, because I’m a baby.) These are just the films that I thought stood out that I managed to actually see. 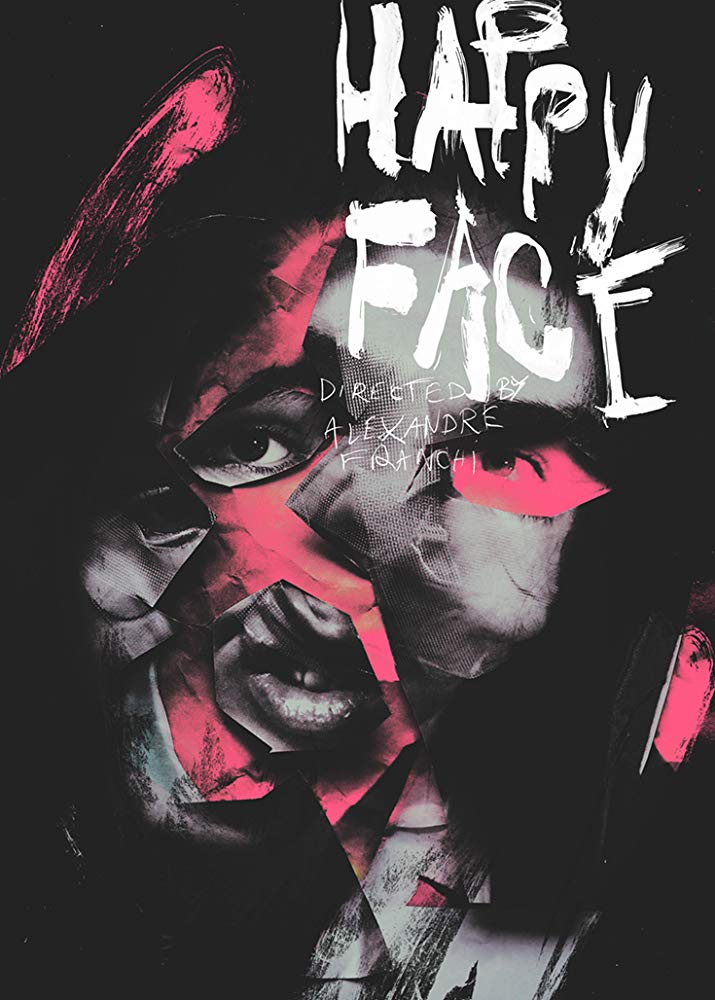 This is not a horror movie; it is an hour and forty-minute punch right in the emotion bag.  A story of how society treats the facially unconventional as well as what we do to avoid our own grief, this film uses actual people with disfigurements instead of prosthetics. A morally complex and gut-wrenching film, check this out if you want a film that shows us how society is the true monster, but not in a ham-fisted way (looking at you, Joker.)

THE NIGHTS BEFORE CHRISTMAS 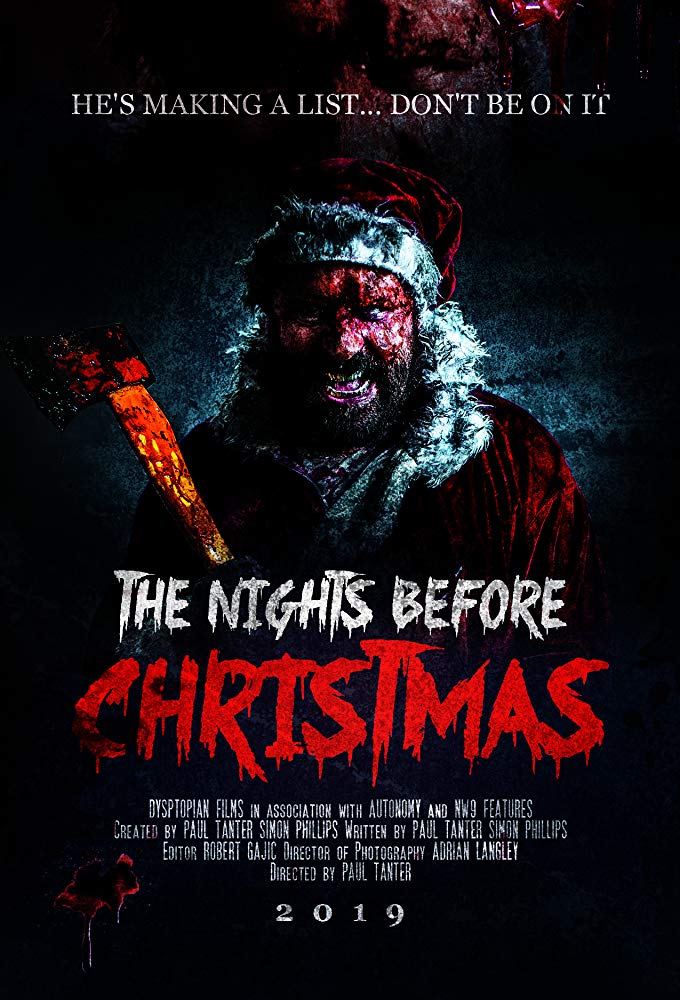 The follow up to 2017’s ONCE UPON A TIME AT CHRISTMAS (which I haven’t seen, because I’m a fucking poser) was immensely amusing. It actually took me a while to clue into the fact that this was a horror comedy, which I guess I should’ve picked up on right away since the premise is insane and ridiculous. I laughed multiple times, and there’s some cartoonishly fun performances from many characters in this one.  Good for anyone who hates the holidays.

This is the definition of “short and sweet.”  An awesomely paced story that is amazingly powerful in its simplicity. Come for the scenery, stay for the shock ending. 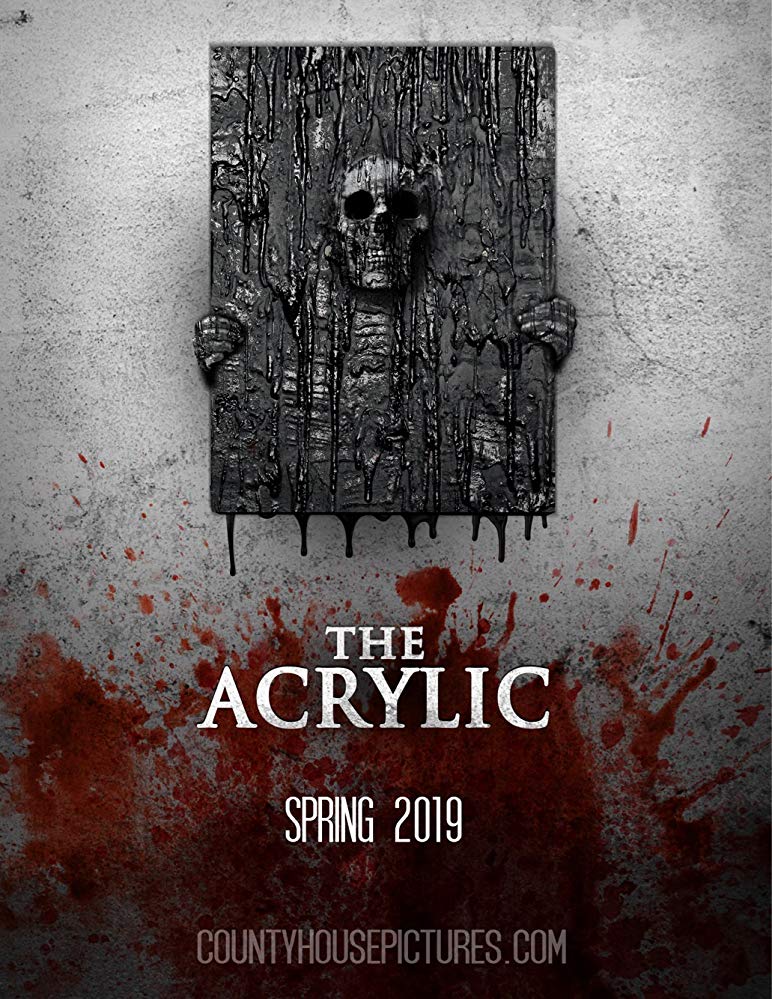 Eerie paintings are always a good time, so when a beautiful young woman buys one as a conversation piece, you can kind of predict where this is going to go wrong.  Surprisingly effective special effects help pull this film from kinda’ good to kinda’ great. 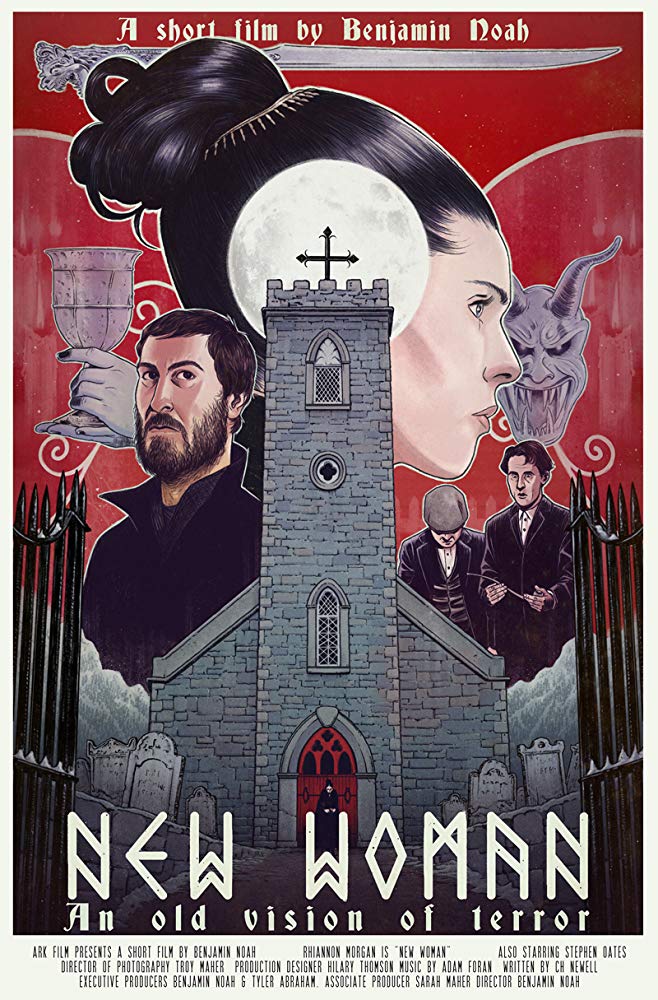 This is the longest of the shorts, coming in at around twenty minutes, but boy is it worth it. I’ve always been a sucker for Gothic horror, which builds on atmosphere and character to deliver the chills rather than monsters and gore. The set design was mind blowing, it felt like a live action Castlevania.  The plot is predictable, but you don’t watch a pale woman seduce a man in a field back to her lavish castle because you DON’T know what is going to happen. You just want to see it unfold, don’t you? I think this was my favorite piece in the whole festival, but again, I’m really into that Gothic nonsense. 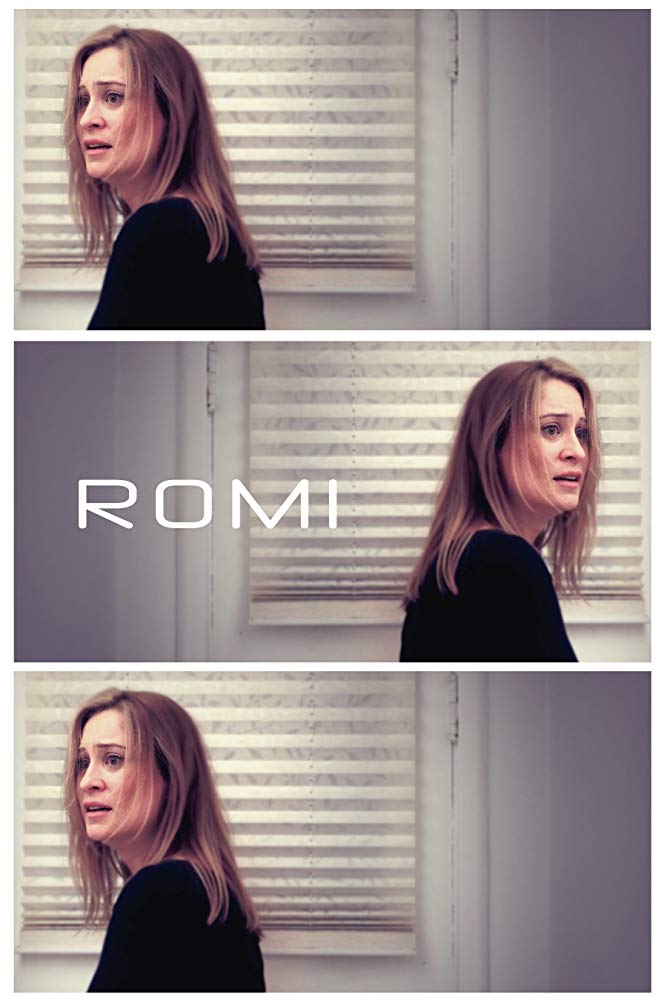 This Black Mirror-esque short is beautifully shot, which is surprising when you learn it was filmed on an iPhone 6. A woman’s smart home assistant starts to go berserk, but is she truly the victim here?

We were only treated to the first episode of this web series, but I was so impressed that I watched every other episode the moment I got home. I can’t discuss much of what happens without revealing the many massive left turns this series takes, but what starts out as a mockumentary about sleepwalking quickly goes right off the rails into the waiting mouth of oblivion. 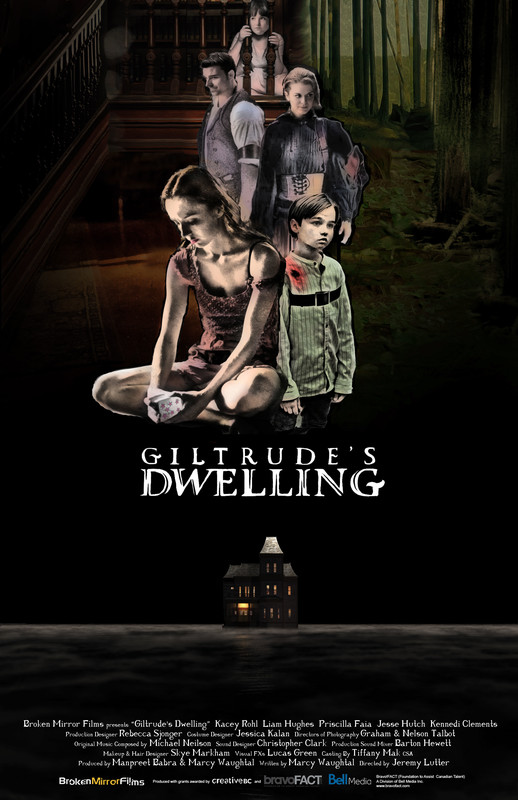 The childlike wonder of a house that teleports dimensions via steampunk shenanigans is tempered with the fear of being abandoned by your parents.  I loved this one simply because it was highly stylized. Almost every single frame is a treat to the eyes, and the bombardment of concept art during the credits is a special treat.

Well, that was my impression of the insanely fun Blood in The Snow Film Festival. There were laughs, screams, popcorn, blood, celebrities, ghouls, experts and at least three ghosts. What did you think? Did you manage to attend, and if so, how wrong is my list?  Also, we’d love to know your impression of the events. And please, if any of this sounds like your cup of poisoned tea, check it out in 2020.  We hope to see you there!