The cake isn’t the only thing getting eaten at this ceremony.

Uncork’d Entertainment releases writer/director Paul W.F. Franklin’s CROC! October 4 on digital platforms and DVD. Sian Altman, Mark Haldor, George Nettleton, Antonia Whillans, Chrissie Wunna, Stephen Staley, Beatrice Fletcher and Chris Cordell star; the synopsis: “Lisa [Altman] and her family unite at a wedding venue, excited for the big day. However, unknown to the family, a nest of hungry crocodiles has been living in the nearby lake. As the crocodiles crash the wedding in a bloodthirsty massacre, the remaining family members must survive the night against these Jurassic beasts.”

“CROC! is another highly entertaining horror film from the Jagged Edge production team,” says Uncork’d president Keith Leopard. “Like Jagged Edge’s KINGDOM OF THE DINOSAURS, which we released in September, it’s absolutely super-fun!” 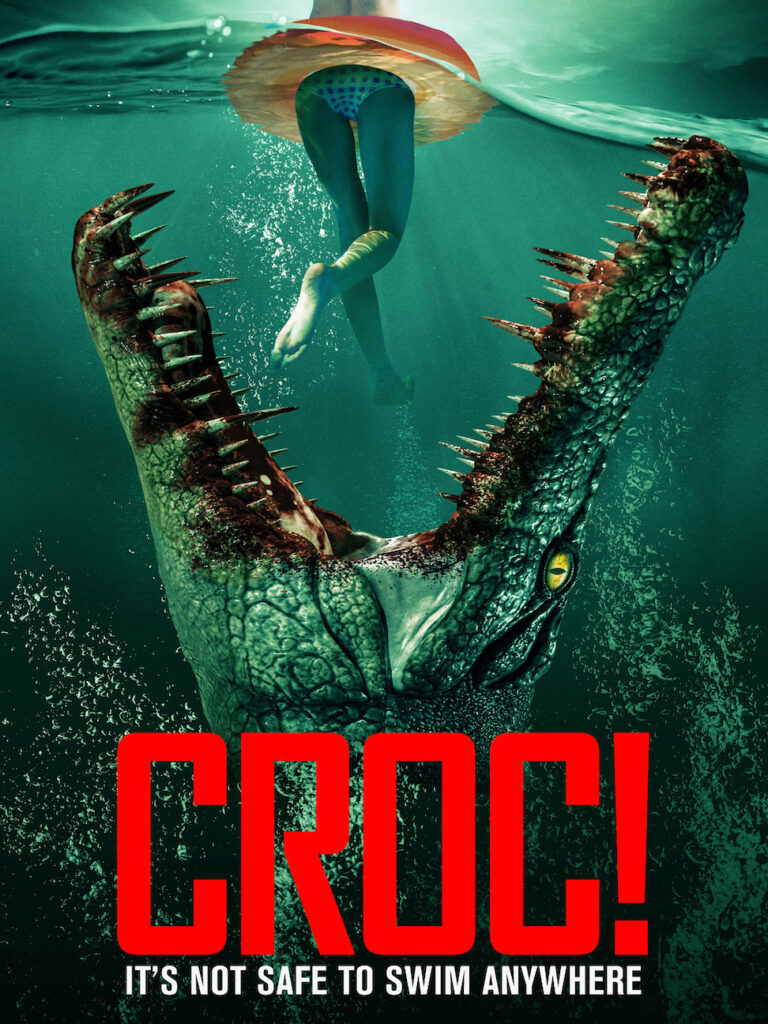