The closure of major theater chains during the pandemic has led to a resurgence of drive-in popularity, and a pair of genre titles have been benefitting.

Variety reports that BECKY, which stars Kevin James in his first villainous role as a neo-Nazi skinhead leading three accomplices to terrorize a teenage girl, her father and her dad’s new girlfriend at a vacation home, grossed $178,186 this weekend. That’s a solid per-screen average of over $4,200 at its 42 drive-in locations for the Quiver Distribution/Redbox Entertainment release, directed by Cary Murnion and Jonathan Milott and also starring Lulu Wilson, Joel McHale, Amanda Brugel and Robert Maillet. (See our review here.)

Meanwhile, IFC Midnight’s THE WRETCHED grossed another $162,000 at 95 locations this weekend to bring its boxoffice just past the $1 million mark. The film, directed by Brett Pierce and Drew T. Pierce and starring John-Paul Howard, Jamison Jones, Piper Curda and Zarah Mahler, has become a major success story, topping the charts since it opened May 1 thanks to an aggressive promotional campaign, including the old-fashioned newspaper ad seen below. Check out our review of THE WRETCHED, our interview with the Pierces and a chat with Madelynn Stuenkel, who plays the titular witch. The next major test on the big-screen scene (currently, 554 theaters, including 243 drive-ins, are open in the U.S.) will be UNHINGED, the road-rage psychothriller starring Russell Crowe and Caren Pistorius, which new distributor Solstice Studios will release nationwide July 1. 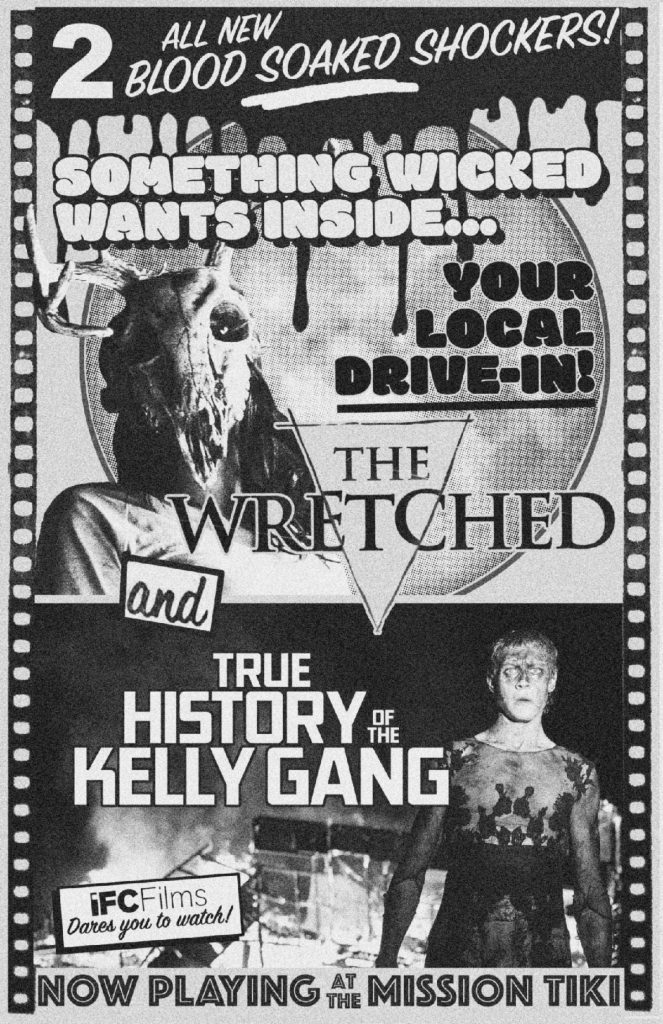