A bunch of new fear features, including a couple of festival favorites, have now been dated for general release. One is Johnny Kevorkian’s AWAIT FURTHER INSTRUCTIONS (pictured), which also has a new poster and trailer.

AWAIT FURTHER INSTRUCTIONS, which we reviewed here, comes to select theaters and VOD October 5 from Dark Sky Films. The much-praised sci-fi/horror film was written by Gavin Williams and stars Sam Gittins, Neerja Naik, David Bradley, Grant Masters, Abigail Cruttenden, Holly Weston and Kris Saddler. The synopsis: “It’s Christmas Day and the Milgram family wake to find a mysterious black substance surrounding their house. Something monumental is clearly happening right outside their door, but what exactly—an industrial accident, a terrorist attack, nuclear war? Descending into terrified arguments, they turn on the television, desperate for any information. On screen a message glows ominously: ‘Stay Indoors and Await Further Instructions.’ As the television exerts an ever more sinister grip, their paranoia escalates into bloody carnage.” 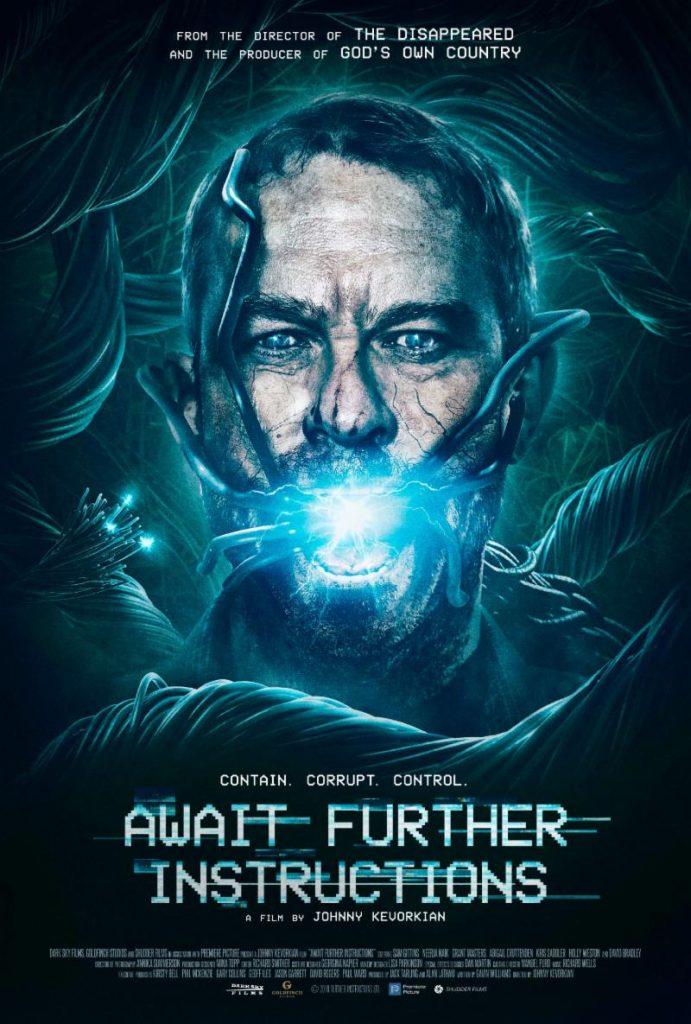 Later in the year—December 7, to be exact—marks the theatrical/VOD/digital HD release of PIERCING from Universal Pictures Content Group. Writer/director Nicolas Pesce’s follow-up to THE EYES OF MY MOTHER is based on a novel by Ryû Murakami (AUDITION) and stars Mia Wasikowska, Christopher Abbott and Laia Costa. The synopsis: “In this twisted love story, a man seeks out an unsuspecting stranger to help him purge the dark torments of his past. His plan goes awry when he encounters a woman with plans of her own.” Pesce talks to us about PIERCING here. 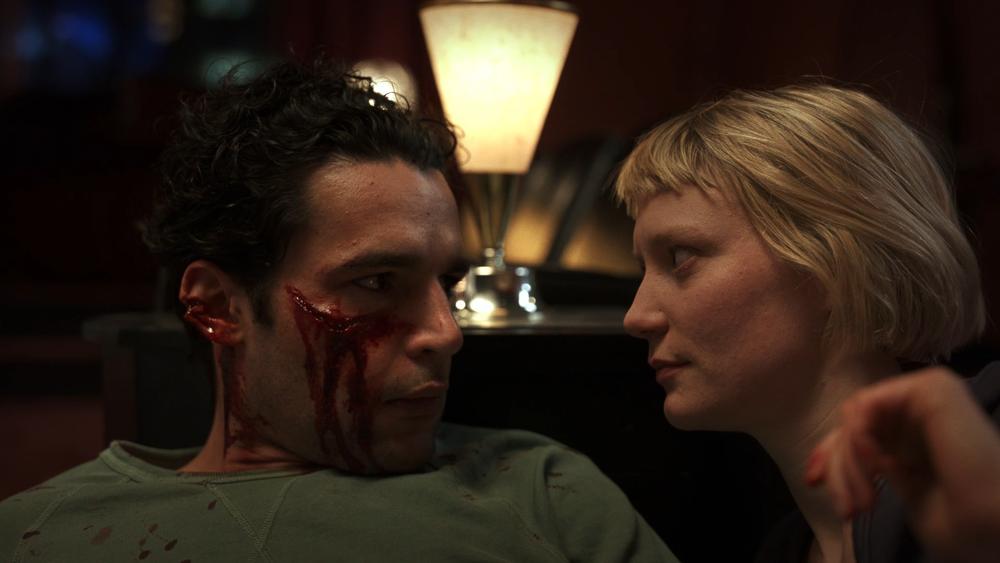 Just in time for Halloween, IFC Films brings DON’T GO to theaters and VOD October 26. Directed by David Gleeson from a script he wrote with Ronan Blaney, it stars Stephen Dorff, Melissa George, Simon Delaney, Aiobhinn McGinnity, Grace Farrell and Gavin O’Connor. The synopsis: “Reeling from the shock of their young daughter’s death, Ben [Dorff] and Hazel [George] attempt to restart their lives in a picturesque seaside village. But when the girl begins appearing to Ben in a haunting recurring dream, he becomes convinced that she is attempting to make contact from beyond the grave—and that his nightmare may hold the key to bringing her back to life. As Hazel begins to fear for her husband’s sanity, they are each drawn into a mystery far beyond their understanding.” 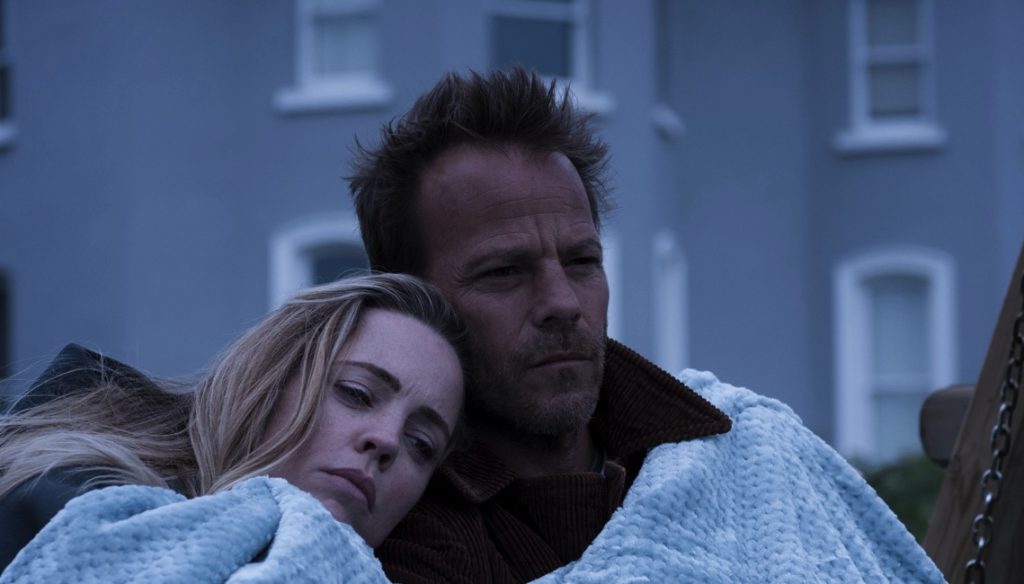 Then on November 16, IFC Midnight gives theatrical/VOD release to THE CLOVEHITCH KILLER, directed by Duncan Skiles from a screenplay by Christopher Ford (co-scripter of COP CAR and SPIDER-MAN: HOMECOMING), starring Charlie Plummer, Dylan McDermott, Samantha Mathis, Madisen Beaty and Brenna Sherman. The synopsis: “Tyler Burnside [Plummer] is a Boy Scout, a volunteer at his local church, and the dutiful son of an upstanding, community leader dad [McDermott]. Only one thing troubles the quiet Kentucky town he lives in: the unsolved murders—in which 10 women were brutally tortured and killed by a psychopath known as Clovehitch—that rocked the community more than a decade ago. When Tyler discovers a cache of disturbing images in his father’s possession, he begins to suspect that the man he trusts most in the world may be Clovehitch—and that his deadly rampage may not be over.” Look for trailers and more on the IFC films in the near future! 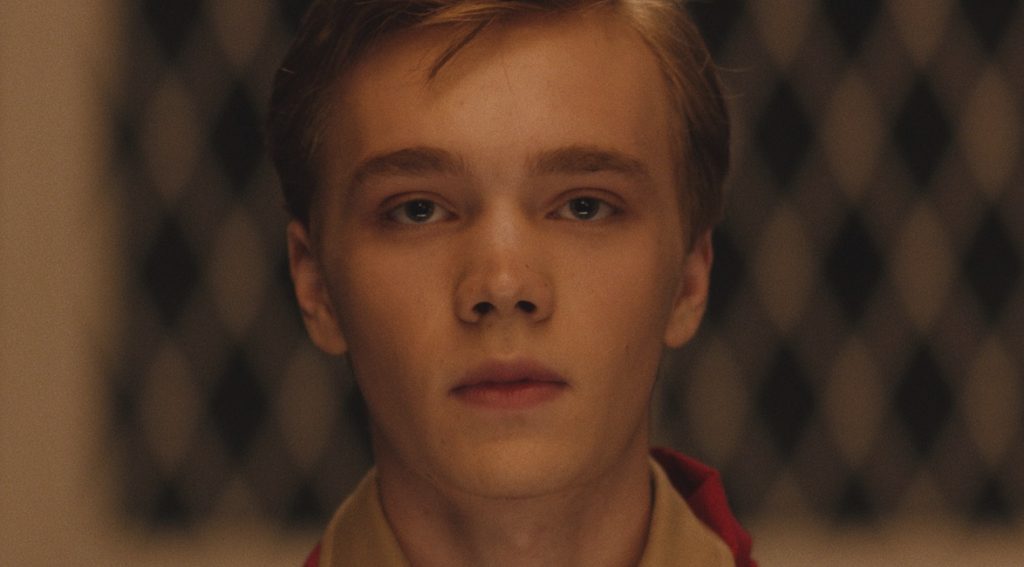