Author Christian Francis Sinks His Fangs Into “VAMP: THE NOVELIZATION”

If you’re seeking creative guidance from horror’s upper echelon, the works of John Carpenter, Joe Hill, Mike Flanagan and James Herbert are good places to start. Those names and countless others forged the coursework that master wordsmith Christian Francis studied. His ability to turn a phrase has carried him near and far. From crafting screenplays along the golden coasts of California to inking comics in his native UK – he’s been everywhere, man. Writing original novels such as Everyday Monsters and Incubus: The Descent felt most comfortable for the author, but when a friendship with screenwriter Peter Atkins (Hellbound: Hellraiser II) gave him the keys to the Wishmaster kingdom, Francis realized that paying back years of inspiration to the masters of the genre by novelizing some of their most deserving, yet often forgotten films, was exactly the marriage of mediums that he had long been in search of. While preparing for his upcoming anthology of unreleased screenplays, Hellbound and Damned, Francis spoke with Rue Morgue about his most recent latter-day movie tie-in, a novelization of the 1986 horror comedy VAMP.

VAMP is that classic case of an underrated ‘80s gem that failed to resonate with audiences upon release, was widely panned by critics, yet finally earned the admiration of genre fans – even if it did take several decades to do so. What led you to want to be involved with the novelization, and why was now the right time to tackle it?

I had already novelized Wishmaster and Titan Find (aka Creature), so I was looking for my next project, which I wanted to be a novelization as well. This tricky part was getting the rights to the property I feel I could bring something to. I had always loved VAMP, so it was an easy choice for me. I had written to the producer, Donald P. Borchers, in the vain hope he owned the rights. As luck would have it, he did! If the rights were held by a huge company like Warner or Paramount, then I could’ve forgotten about securing any permissions, hence why I will never live my dream of writing the Sutter Cane novels from In the Mouth of Madness. Donald was very enthusiastic about bringing new life to this IP. He really adores it and wants it to live on for new audiences. So, I put him in contact with the Encyclopocalypse CEO Mark Alan Miller, and a month later, the rights were acquired, and I had the writing gig. Donald had also mentioned to Mark that he was looking at many ways to develop the IP more, maybe as a reboot, a TV series or a sequel. I knew I had an opportunity to flesh out the story and give a new life to the script by adding new dimensions to it – really opening it up and making it a much bigger story, yet remaining faithful to the awesome script of the great Richard Wenk. To me, that is what makes a great novelization; It brings something different to the table. Novelizations that are note-for-note the released film are a bit redundant in my opinion. The film already exists. Why write a novelization if you cannot treat it like a novel, with lots of depth and textures which would not be seen otherwise? 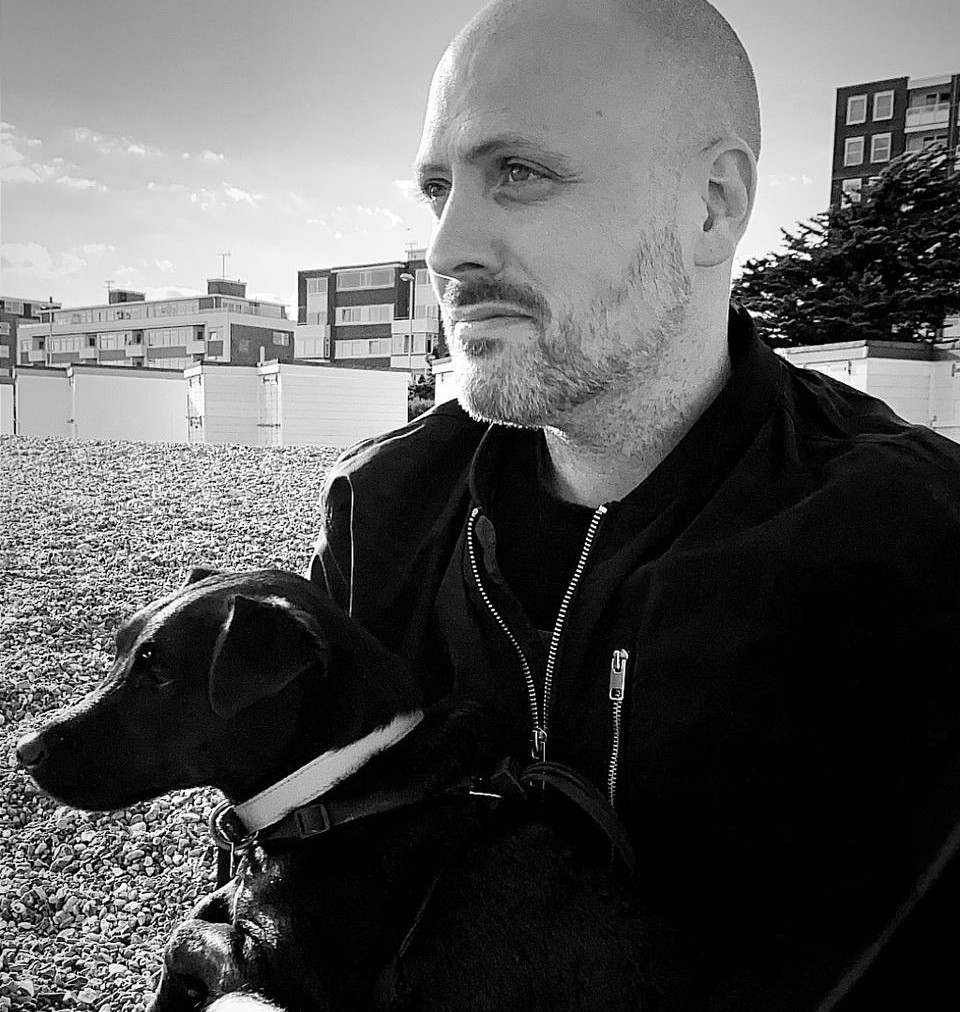 Director Richard Wenk pens the book’s foreword, and he’s had quite a bit of success in the 35-plus years since the movie’s release. What were his thoughts about revisiting the VAMP universe?

The thing with everyone involved with Vamp is that they all love it to this day and love that the fans still are passionate many years later. I was nervous about asking Richard Wenk to write the foreword, as he was the scriptwriter as well … I hoped he looked favorably on a novelization being written at all. Luckily, he did and was most gracious throughout the whole process, from providing the original shooting script (which is reproduced in the trade and hardback versions of the book) as well as writing the awesome foreword! For someone so prolific in the business, it was amazing to find out he is such an awesome guy.

Your book is one part novelization, one part film archive, featuring several bonuses, including cast and crew interviews and set photos. Discuss the idea behind creating such a comprehensive piece of fan service.

That was as much fan service for me as for the fans that are out there. I adored the old novelizations with photo galleries and was adamant that this book should have one. A photo gallery could not be done for Titan Find or Wishmaster due to rights issues, but here, it could finally be a thing. I hunted down press packs, negatives and publicity stills and created a gallery that I thought best represented the film’s journey. Also, the novelization contains the scenes in the book as well as in the added script section that were scripted but never in the final film. For fans, that is priceless. I have to thank Donald P. Borchers, Richard Wenk, Dedee Pfeiffer (who will be doing the audiobook narration), Gedde Watanabe and Alan Roderick Jones for contributing to the book so freely. They made this so much more of a gift to VAMP fans! A special mention as well to Mark at vampafterdark.com who was an amazing source of information and support for the project. One funny aside: I did contact Grace Jones’ people to see if she would answer a couple of questions for the extras section. They answered back, “We won’t be able to get her to do this, sorry.” I think that speaks volumes and is exactly what I would expect from someone as elusive as her. 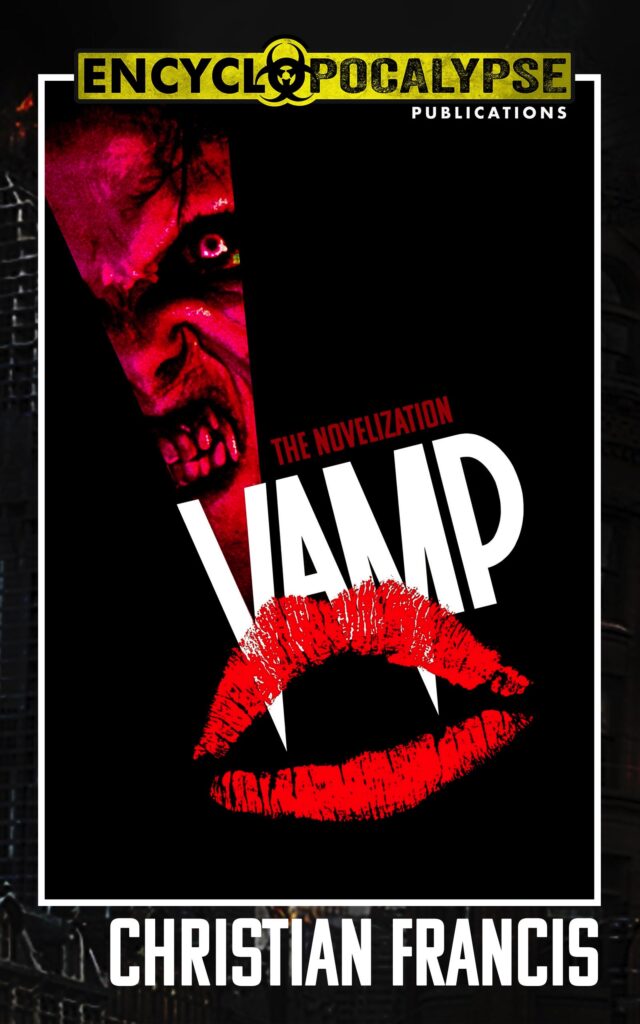 Horror comedy is hard enough to pull off with a film, let alone doing it in a book version. Were there any specific challenges you ran into when trying to capture the duality of the film’s tone?

This was the most difficult. You see, I was working from the script, not the film. If it was not on the page, it was not in the novelization. With the script, although there was some humor in it, it was really the actors that made the film as funny as it was. So, as I could not replicate these bits of film, and I had no restriction on word count, I developed and added parts to the story itself, making it a lot darker. I added more background, more characters, more tragedy, more tension and much more peril, which made the humor from the script more of a welcome respite. The script itself was written at about 45,000 words, taking it scene-to-scene. The added bits I mentioned took the book to 85,000 words, making the novelization more of a novel that you could sink your teeth into and not just a throwaway cash-in.

For an author hoping to establish themself, working with a well-known property like Wishmaster or VAMP would seemingly help fast-track their way to building a fanbase. But for a seasoned scribe such as yourself, with several original works already under their belt, the idea of a novelization would almost seem restrictive, since the story you’re trying to tell has, in essence, already been written. How do you keep the process entertaining and engaging for yourself?

That’s the fun part – finding ways to bring some depth to the story whilst respecting the IP. Telling stories in prose is a different beast from telling stories on film. What works in prose does not always work on screen and vice versa. Some things you can get away with in films that you can’t in prose. For instance, jump scares do not work on the page. Novels are all about depth. Backstory. Characters. They are about the story itself more than the plot points. So a novelization should have these added dimensions to it to bring the story to novel form. I don’t see the point in simply copying a script into longer sentences.

To order Vamp: The Novelization or any of Christian Francis’ other books, visit his Amazon page.