A hit on indie regional release Down Under, it also features one of the cast of the TV classic “V”.

“I was looking to do another horror film,” Morassi says, “but hadn’t found the right project until I read SURROGATE and was really impressed with how well it was written.” Adds Willing, “My favorite horror films are great pieces of drama that then add the scares, such as THE RING, THE OTHERS and THE EXORCIST, all of which influenced SURROGATE. Fans of horror and cinema alike can expect an exciting and terrifying ghost story with an intriguing mystery and plenty of scares in 90 minutes!” 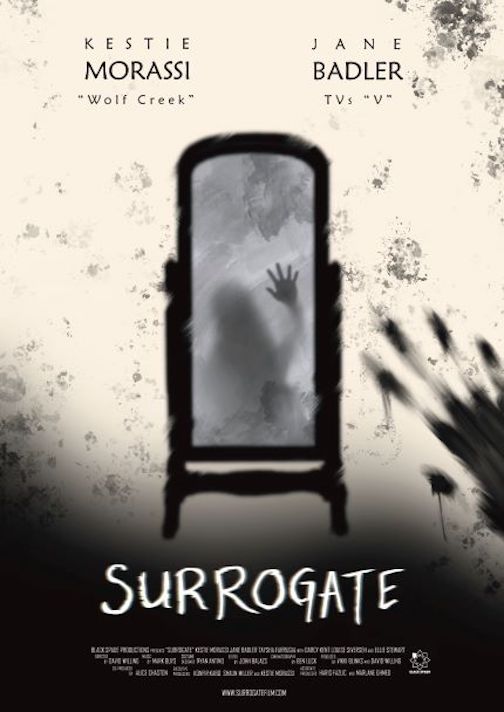