At last! “ALLIGATOR” bites into Blu-ray and 4K UHD next year

Long on many hi-def-disc wish lists, the reptilian classic is finally poised to bust out.

Shout! Factory has announced that ALLIGATOR, directed by Lewis Teague from a John Sayles script, will be released in a Scream Factory Collector’s Edition 4K Ultra HD/Blu-ray combo pack February 22, 2022. Special features will be announced closer to the street date. Released in 1980, ALLIGATOR won raves from both mainstream critics and genre fans alike, and stars Robert Forster, Robin Riker, Michael Gazzo, Jack Carter, Henry Silva, Dean Jagger, Sydney Lassick, Perry Lang, Sue Lyon and Angel Tompkins. The synopsis: “After returning from their Florida vacation, the Kendall family decides their pet baby alligator is too much to take care of and they flush him down the toilet. At the same time, Slade Laboratories is conducting secret experiments with animals and disposing of them in the sewer. The baby alligator, fending for itself, must feed on anything it can…including the dead animals. Now, 12 years later, when several murders happen, David Madison [Forster] is put on the case to find out who…or what…is killing people.”

ALLIGATOR was issued in 2007 on a Lionsgate DVD that’s long out of print, making this announcement cause for rejoicing. We’ll keep you posted on further details! 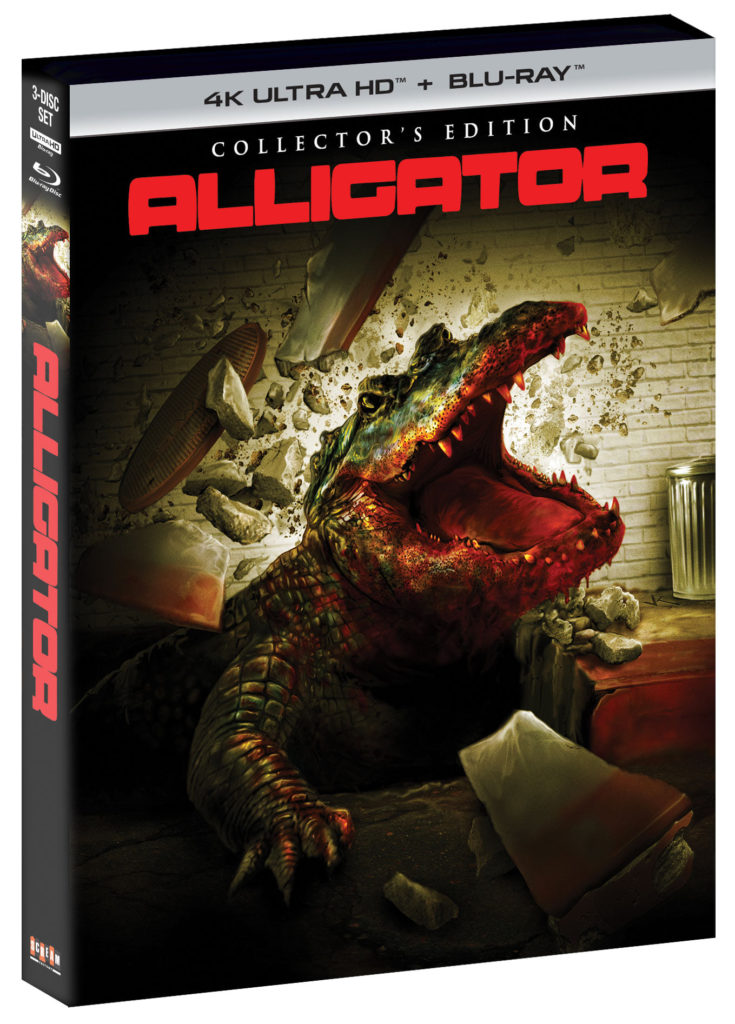