Art lovers and devotees of Magick and the occult should not miss “MAGIA PROTETORA.” The Stephen Romano Gallery‘s latest in an ongoing series of exhibitions in collaboration with Cleveland’s Buckland Museum of Witchcraft and Magick, “MAGIA PROTETORA” (protective magic) is the first major institutional exhibition in the United States of the work of Brazillian artists Luciana Lupe Vasconcelos and Darcilio Lima. 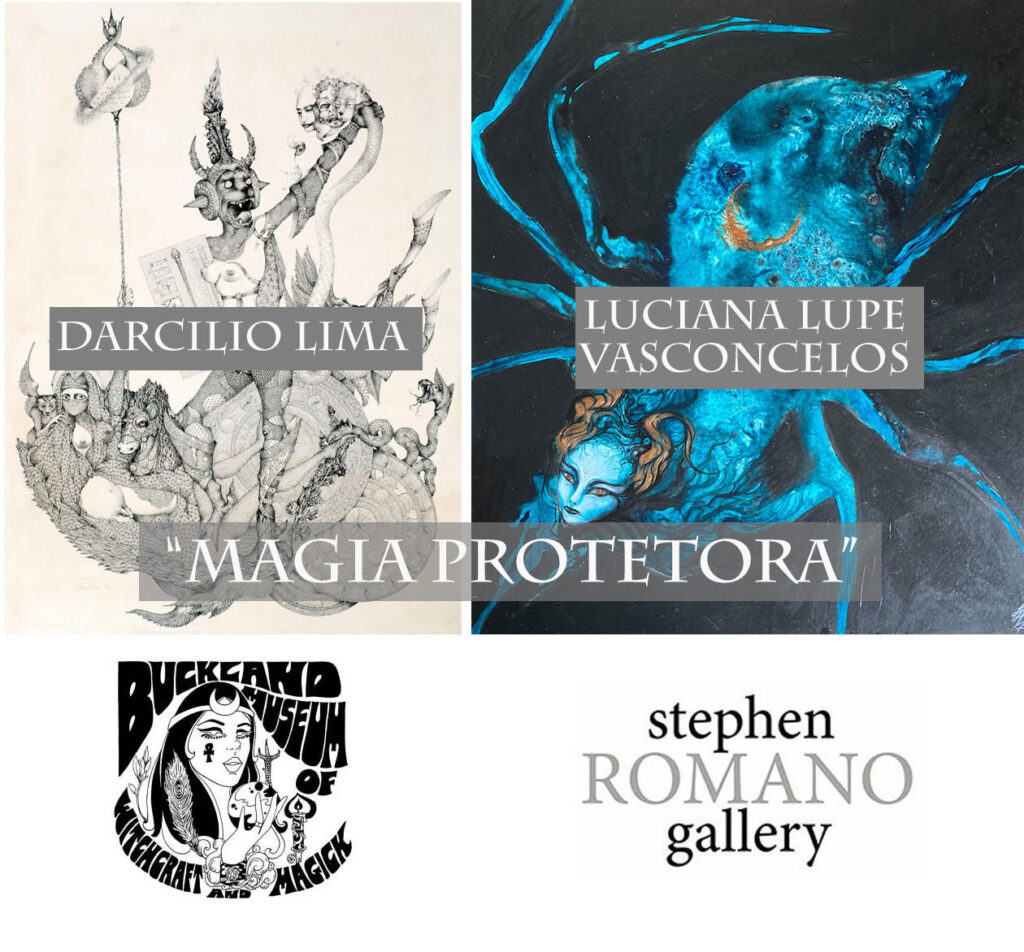 Darcilio Lima, a relatively obscure and tragic figure in artistic and esoteric circles, was born in the small northern Brazilian fishing village of Cascavel, spending his formative years there in extreme poverty. At the age of 14, he struck out on his own for Rio De Janeiro where he quickly immersed himself in the underworld of drugs and sex. During this time, he also developed intense interests in art, religion, alchemy, science fiction and philosophy. Following a mental breakdown, he was admitted as an outpatient at a mental health facility. There, he discovered the art of Ivan Serpa, who took him in and mentored him in printmaking at his home and studio. 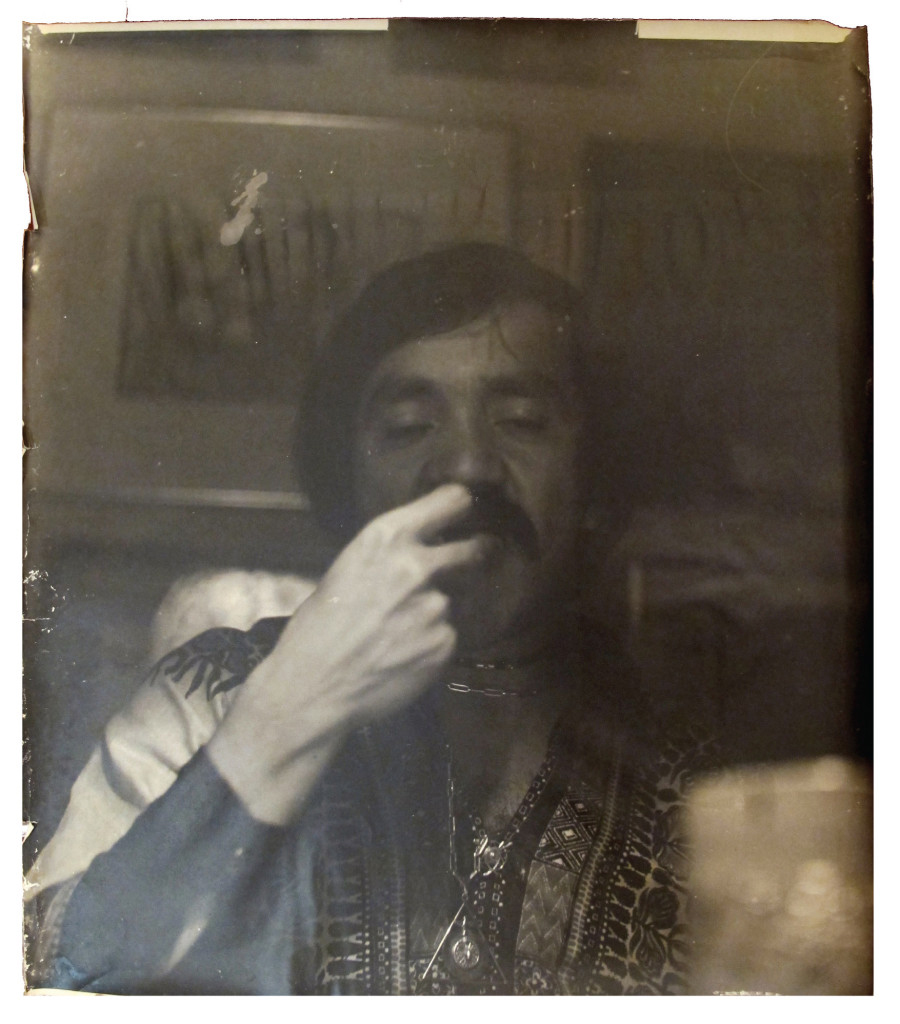 Lima, whose work is evocative of famed occultist Austin Osman Spare, soon became a celebrated artist both in his homeland and abroad. Awarded a travel grant to Europe, he met with such luminaries of the avant-garde as Salvador Dali and  Alejandro Jodorowsky. However, at the height of his success, which culminated with a successful solo exhibition and a book titled Diafragma, Lima disappeared. A decade later, he was discovered back in Cascavel, disheveled, incoherent and living off the generosity of a local church in a dirt-floor backroom. Convinced by the Church that his art was profane, much of Lima’s work was destroyed. In 1991, Darcilio Lima died in an accident at the age of 47. 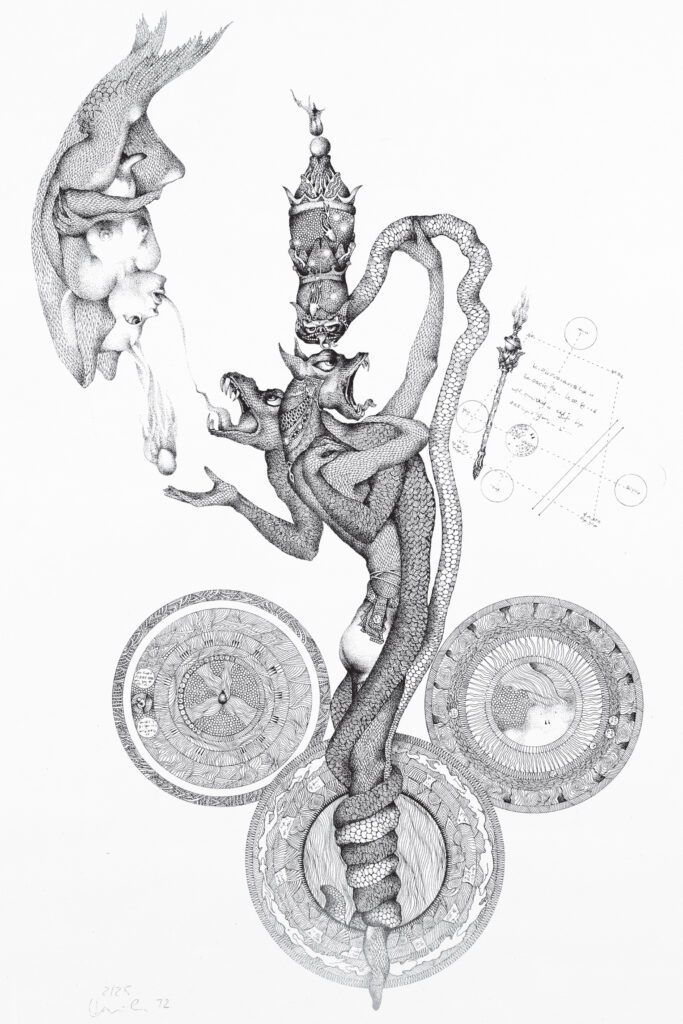 Residing in the mountain town of Teresopolis, Luciana Lupe Vasconcelos is a contemporary Brazilian artist who is a spiritual successor to Lima, whom she refers to as “the master I never had” and “an ancestor, someone who came before me and to whose lineage I belong.” 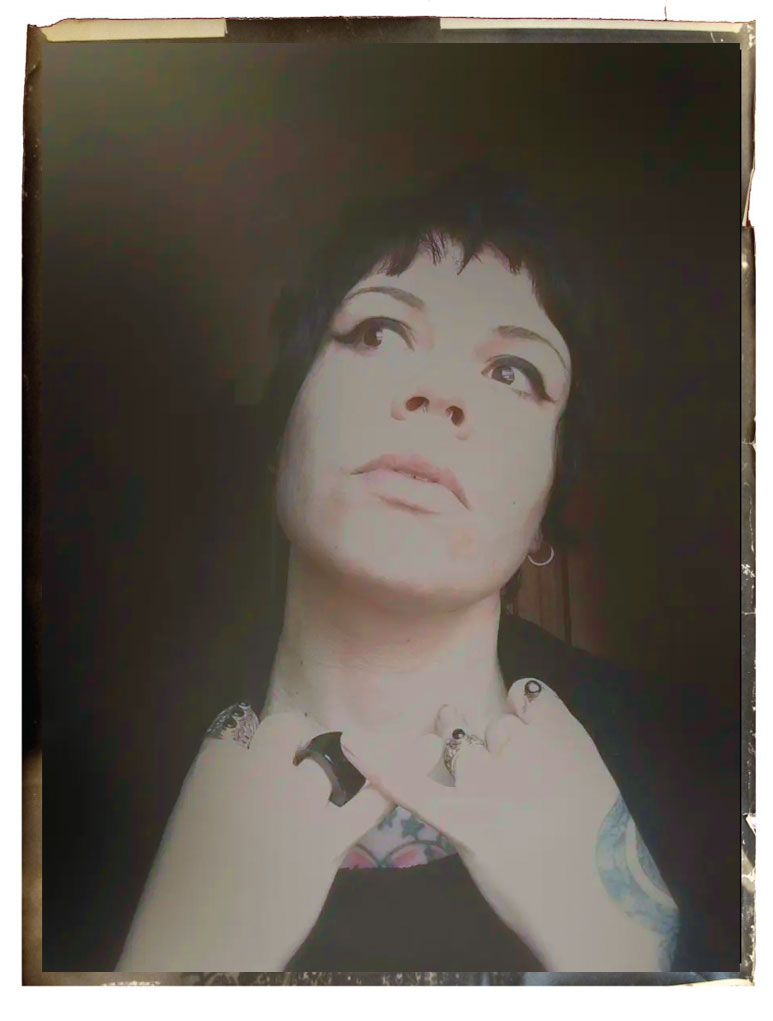 Vasconcelos uses traditional techniques to explore the mythic, the mystical and the occult, with a particular focus on the exploration of automatism in water-based media. Considering her work a continuation of Lima’s, Vasconcelos’ style echoes influences from symbolism and surrealism while furthering the tradition of women artists working in Magick and the occult. 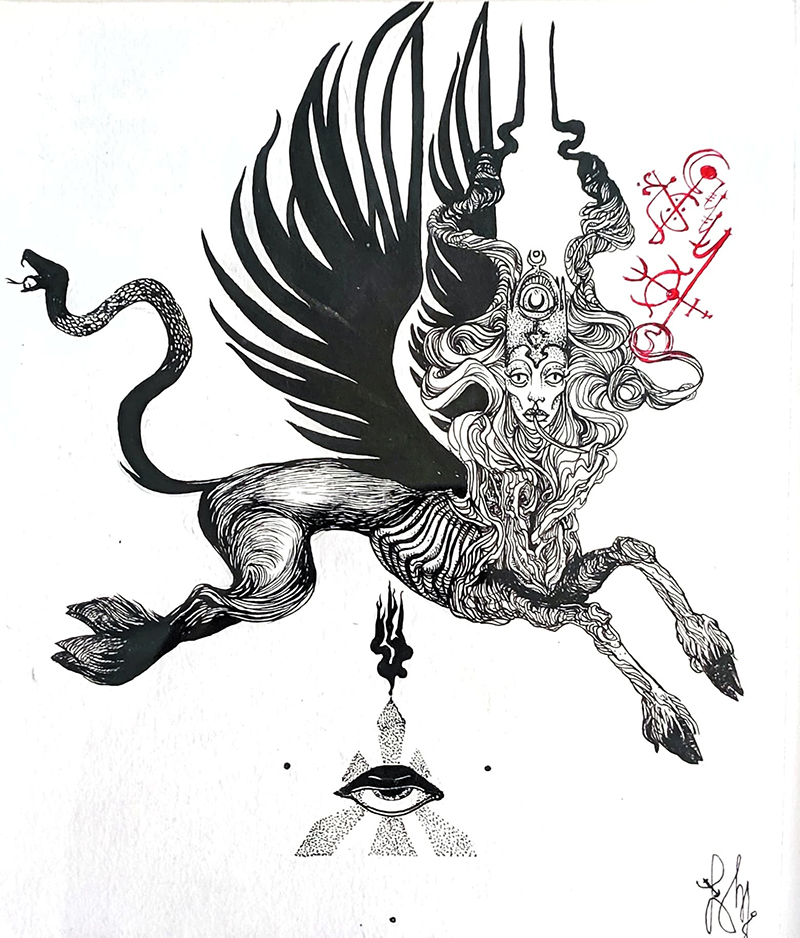 Vasconcelos has also illustrated many books in both English and Portuguese, including a Brazillian edition of Edgar Allan Poe’s “The Raven.”

“Both Luciana and Lima’s art manifest awe, and in sharing this art with the world in this historic exhibition, we hope to open a portal that will affirm the healing power of art, especially in these ever bewildering times,” says curator Stephen Romano.

“MAGIA PROTETORA” at the Buckland Museum of Witchcraft and Magick in Cleveland, Ohio, runs through Sept. 30. For more information, visit romanoart.com.