Previous issued in a limited-edition boxed set, this lower-priced UHD release is still packed with extras.

Synapse Films has announced that its two-disc 4K UHD edition of Dario Argento’s PHENOMENA will be released March 14, 2023. It will contain 4K (2160p) UHD presentations in Dolby Vision (HDR10 compatible) of all three versions of the movie: the original Italian version (116 mins.), the international cut (110 mins.), and the U.S. CREEPERS cut (83 mins.). Jennifer Connelly stars as a young American girl who has the ability to communicate with insects, and encounters all manner of bizarre mayhem and murder while attending a private Swiss academy; Donald Pleasence co-stars. The full specs for this set are:

Retail price is $49.95; this edition can be pre-ordered at the Synapse website as well as DiabolikDVD. 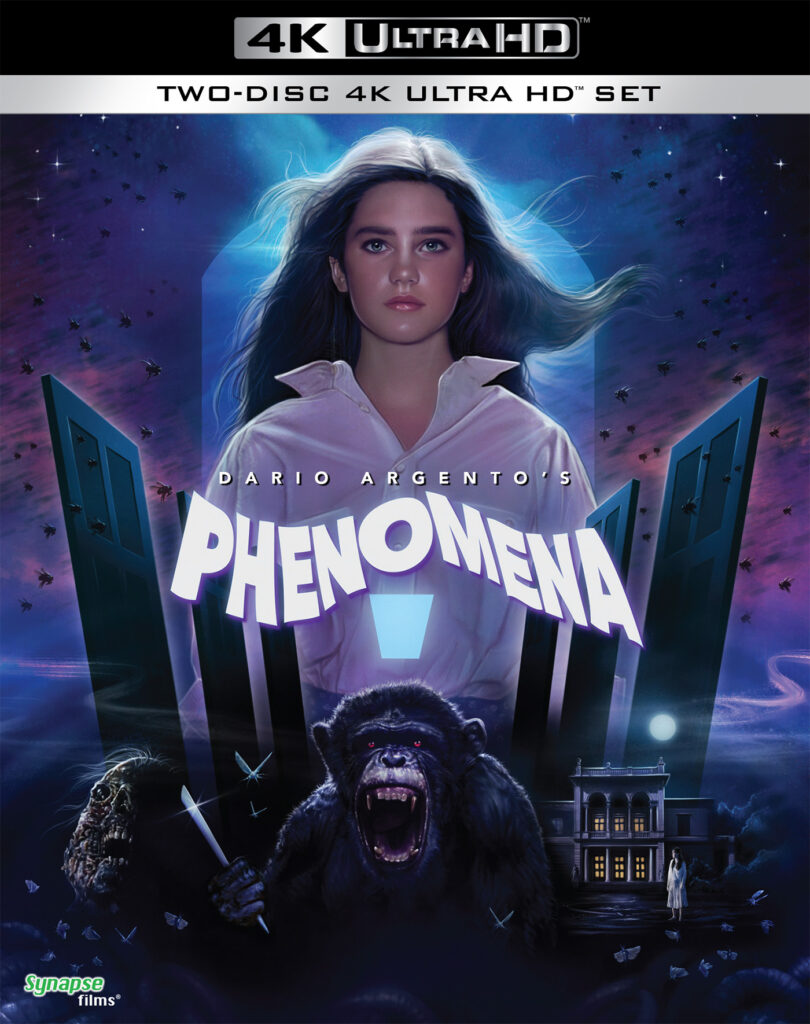 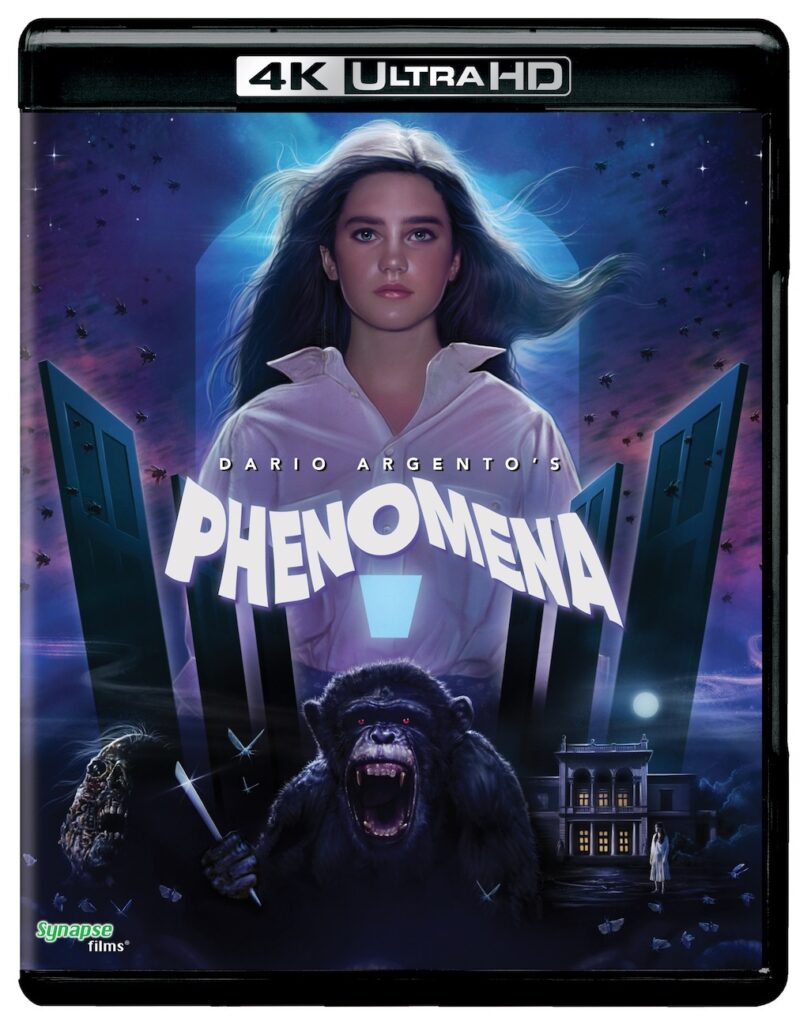 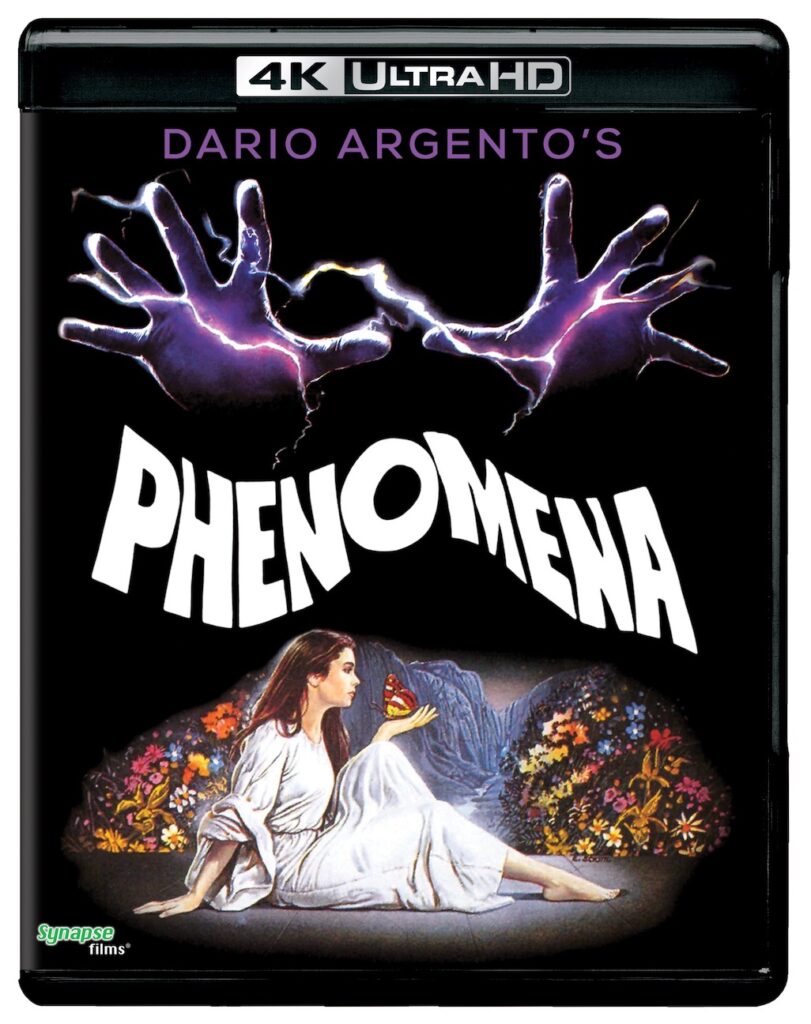