Another “HARBINGER,” with “BLACK PHONE” star, is coming next month; trailer & poster

Screen Media has announced that it will release director Will Klipstine’s THE HARBINGER to theaters and VOD September 2. Scripted by Klipstine and Amy Mills, it stars Klipstine, Irene Bedard, THE BLACK PHONE’s Madeleine McGraw, Amanda MacDonald and Steve Monroe. The synopsis: Hoping to escape their past, Daniel and Theresa Snyder [Klipstine and MacDonald] move their troubled young daughter Rosalie [McGraw] to a quaint Midwestern town, but they are followed by the evil they tried to leave behind. When locals begin to die, the Snyders turn to a Native American seer and uncover a legend that may hold the key to saving their family, or a path to a grisly end for them and all they hold dear.” 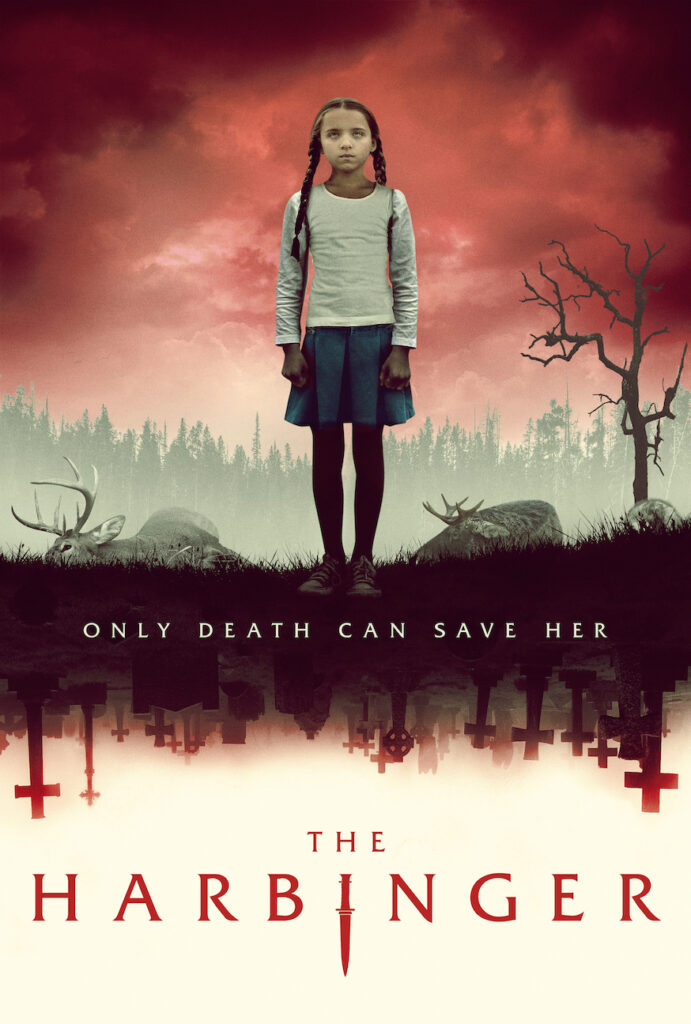