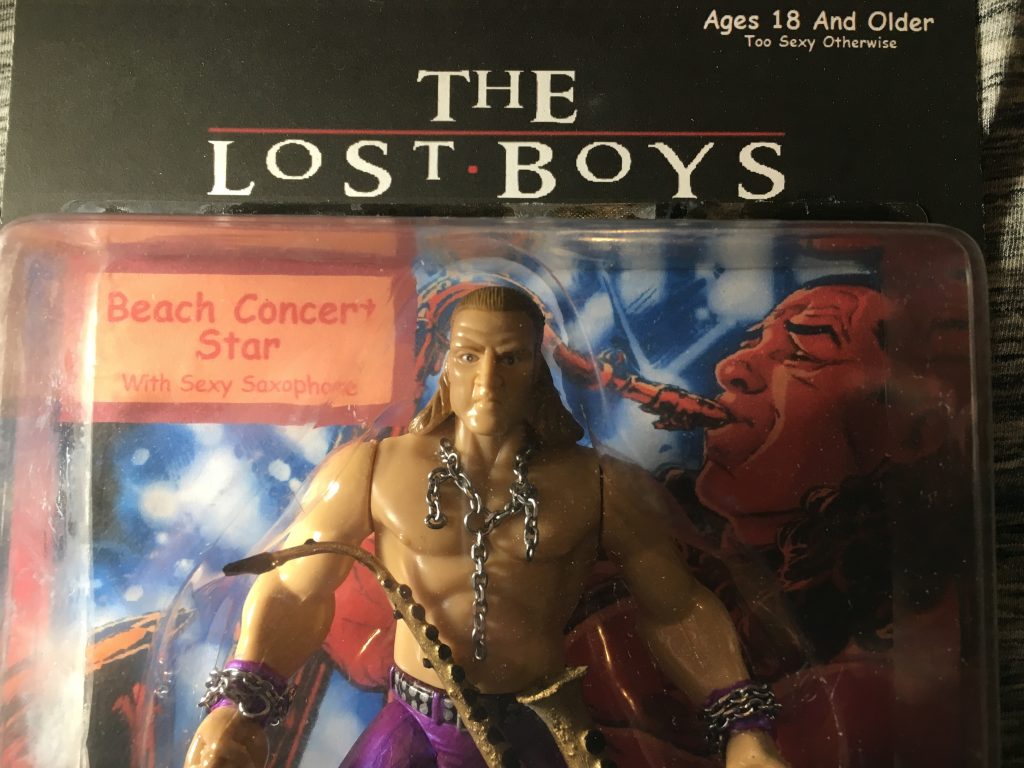 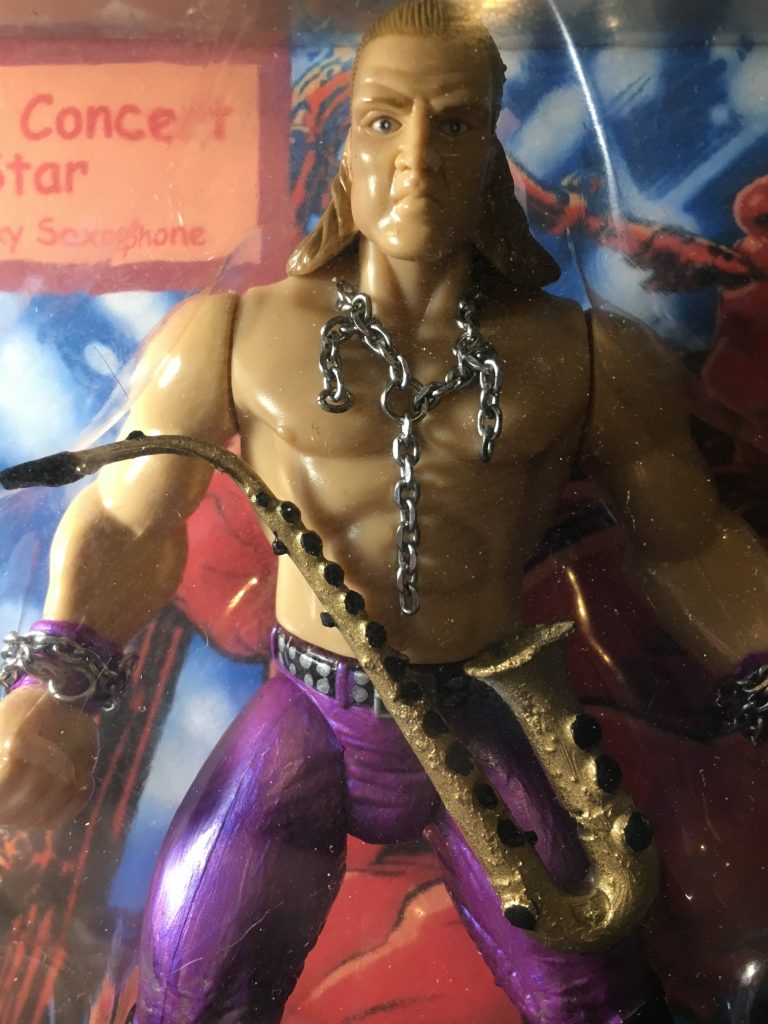 Andrew Byard is an enthusiastic fan of Tim Cappello, better known to horror fans as the oiled up, chain wearing, muscle man who wields the saxophone in the unforgettable beach scene from The Lost Boys. Many don’t know that Cappello is actually a very accomplished saxophone player, who creates and performs at concerts still to this day (he also played the saxophone in Tina Turner’s band back in the day).

Byard came to the realization that he could repurpose an old WWE wrestling figure and paint it to look like Cappello, straight out of film. He gave the figure some paint on its pants and added wrist bands to his arms. He also added some chains around its neck and wrists to complete the look. Don’t worry, Byard also used a 3D printer for the most important part… that wicked sax! 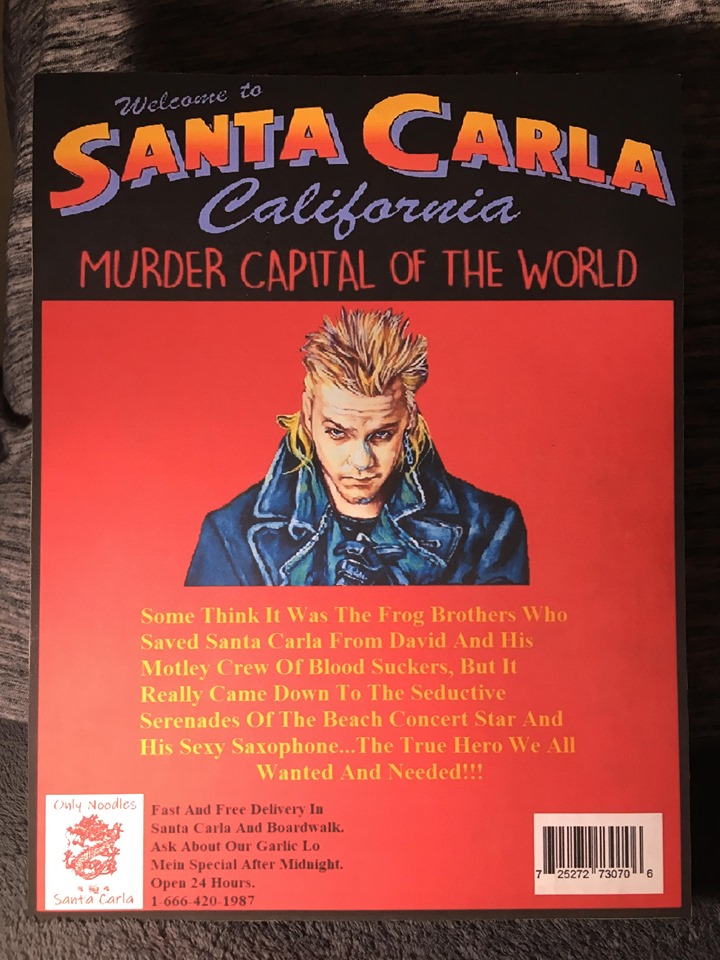 Byard then moved on to a custom cardback to house this “Beach Concert Star”, which features an illustration of Cappello playing the instrument along with “The Lost Boys” title top center. There is a little hilarious age warning that reads “Ages 18 and older, too sexy otherwise”. The back of the cardback declares “Welcome to Santa Carla, California, murder capital of the world”. Main lost boy David (Kiefer Sutherland) is illustrated and text reads “Some think it was the frog brothers who saved Santa Carla from David and his motley crew of blood suckers, but it really came down to the seductive serenades of the beach concert star and his sexy saxophone…The true hero we all wanted and needed!!”. Lastly, there is a fake noodle house restaurant ad, a reference to the unforgettable noodle eating scene in the film. 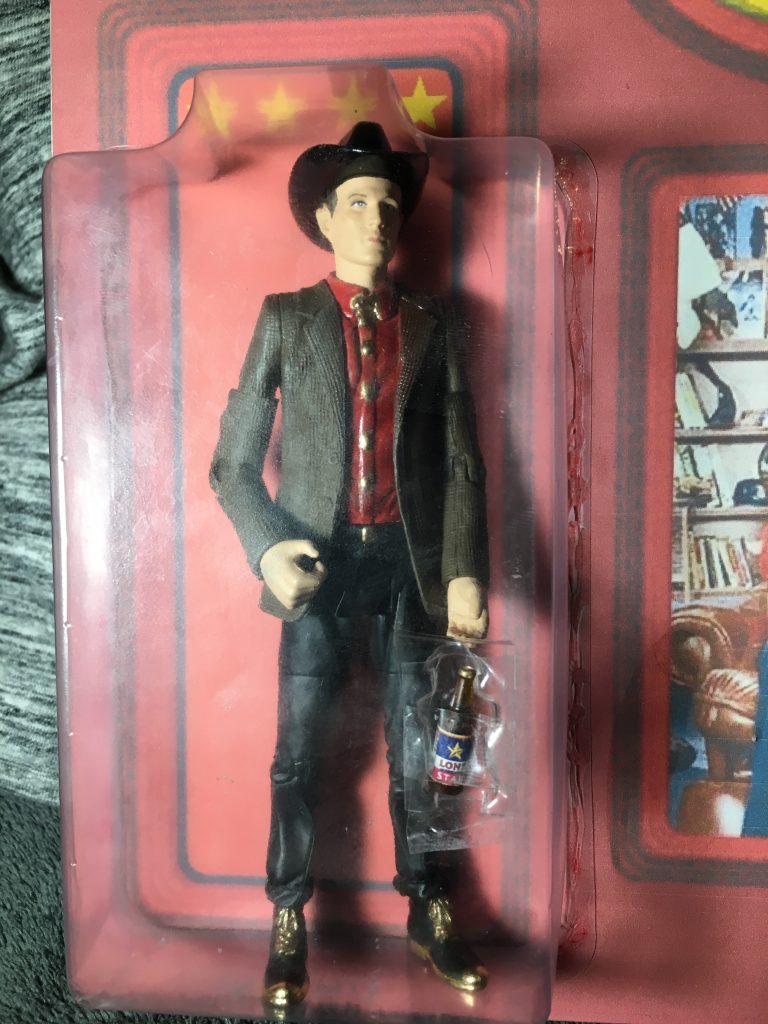 These aren’t the only icons that Byard is custom creating; he’s already repainted and repurposed a DOCTOR WHO retail figure to look just like famous film critic, actor, and writer JOE BOB BRIGGS from the TNT show Monster Vision and most recently the Shudder show The Last Drive-In with Joe Bob Briggs. 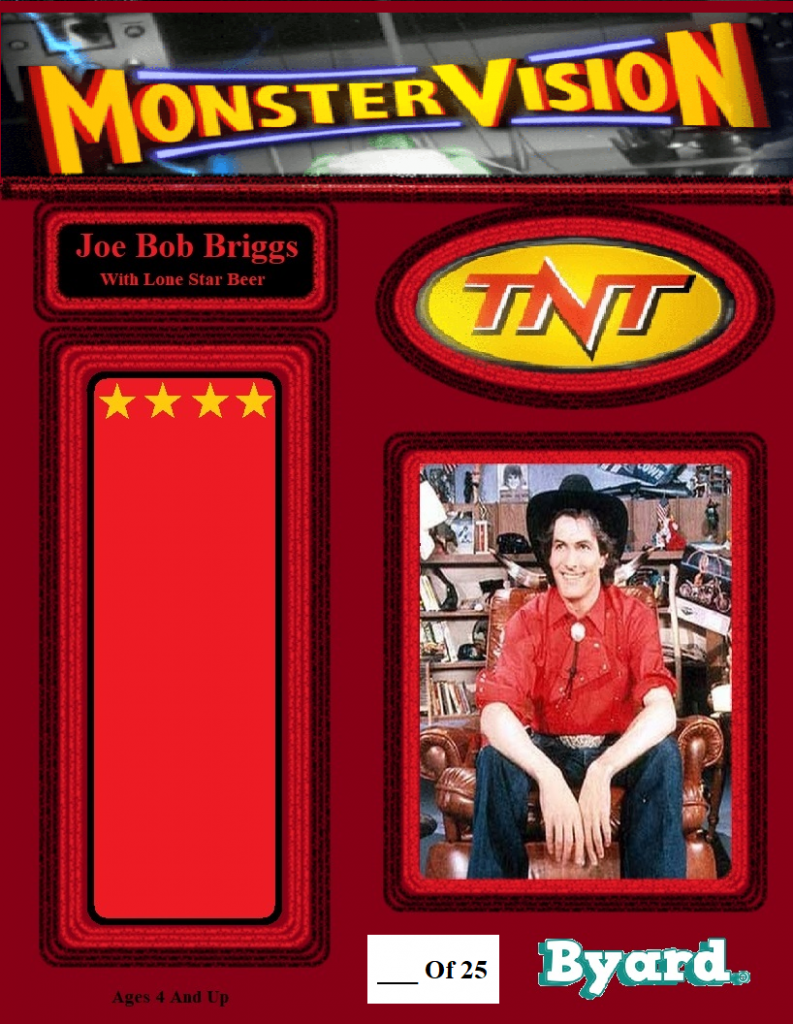