Crispin Glover and his RIVER’S EDGE director Tim Hunter are back with a serial-murder thriller inspired by true events.

Lionsgate has announced a December 8 release on VOD/digital platforms, Blu-ray and DVD of SMILEY FACE KILLERS, based on the long-running titular conspiracy theory. Scripted by AMERICAN PSYCHO author Bret Easton Ellis, it also stars Ronen Rubinstein (CONDEMNED) and Mia Serafino. The synopsis: “As a strange wave of mysterious drownings of male college students plagues the California coast, Jake Graham [Rubinstein] struggles to keep his life together at school. Finding himself stalked by a hooded figure [Glover] driving an unmarked van, Jake fears he may become the next victim in the killers’ horrific spree.” The Blu-ray, DVD and digital editions will come with a behind-the-scenes featurette including cast interviews. 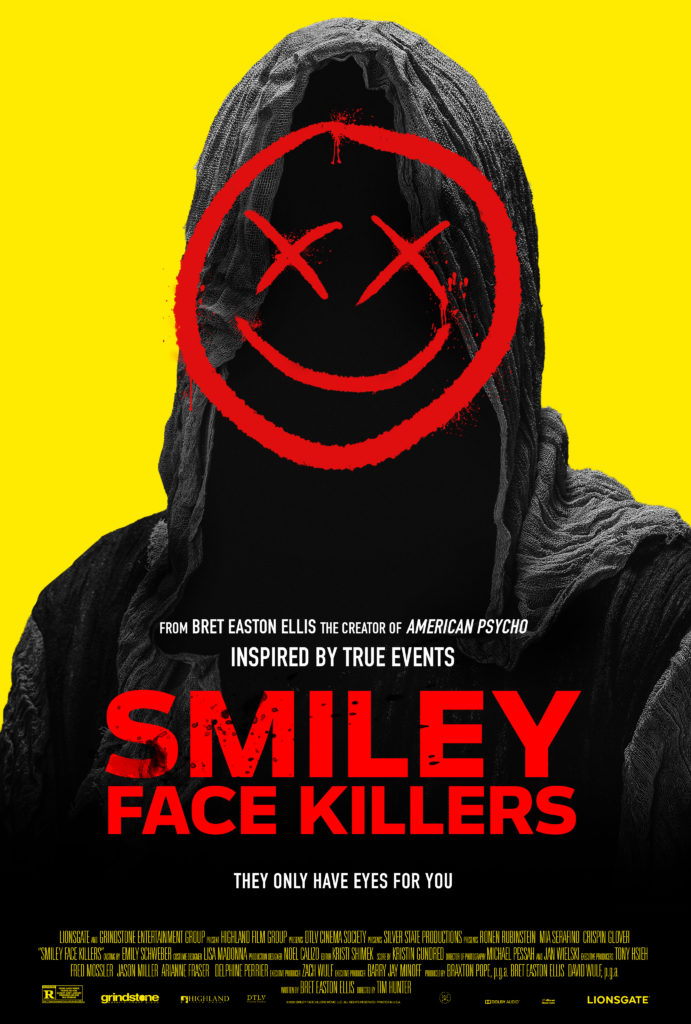