White-hot off the hell hound’s trail of last year’s DEVIL IS FINE, ZEAL & ARDOR is back and spitting some serious flame with its sophomore effort, STRANGER FRUIT. It’s bigger, it’s better, it’s bolder. It’s everything you could want in a follow-up and then some. Gravedigger’s lay corpses to rest, blasphemous bawls summon biblical beasts, Lovecraftian ideals spill forth and even ol’ Aleister Crowley gets a word in. The album is a collection of cryptic yarns, spun through a series of folk, melancholic and downright metal songs. So without further ado, please, stick yourself on the spit and get roasted. 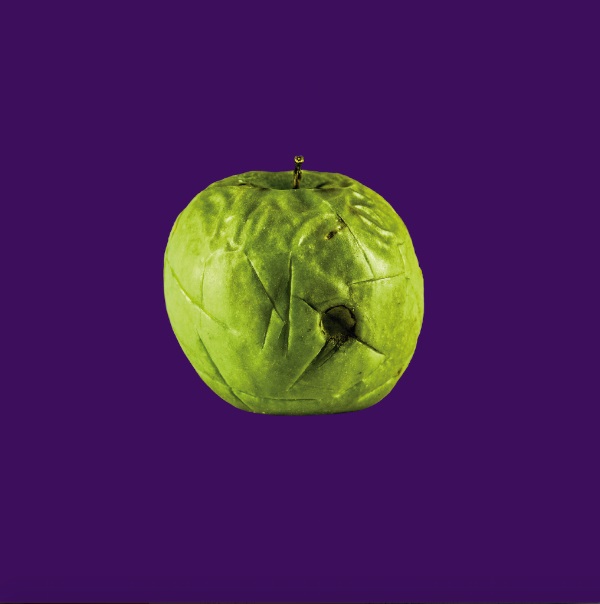 Refusing to adhere to a single genre, Manuel Gagneux continues his musical experiments by fusing not only juxtaposing sounds, but motifs as well. There’s a pulsing human heart to the content herein, but it’s coursed with dark, boiling blood. STRANGER FRUIT (which bears its name from Billie Holiday’s own “STRANGE FRUIT”) is a folkloric reminiscence of violence, subjugation, racism, the divine above and the devils below. Such subject matter is conveyed through a soul-smacking combination of styles and influences including Tom Waits, Wendy Carlos, Erik Satie, Alan Lomax and (oddly enough) even A CLOCKWORK ORANGE (of which Wendy Carlos also scored). It all makes for a wonderfully manic ride through occult-stained spirituals, one that’s far more realized in its savage conviction than that of its predecessor.

Much like DEVIL IS FINE, STRANGER FRUIT covers a catalogue of emotion that’s as brutally raw as it is wrenchingly poignant. It’s a violently harmonic battle cry, it’s a punishingly soulful dirge, it’s as much about the horror of death as it is the peace. It’s a cataclysmic combination of sounds that doesn’t cease in its ingenuity (or cathartically aural assaults) until the final howl of adjudication. If the first album could be viewed as Gagneux’s ode to a Divine Tragedy-esque journey regarding man’s inhumanity, then this continuation could be his Purgatory. It’s a protraction of the same horrific (albeit solemn) themes, but expressed in a more Byzantine—and oddly enough—redemptive way.

At double the length of its forerunner, STRANGER FRUIT offers quite a bit to chew on, the most notable being that of the hand-clapping, toe-tapping “Row Row”. It’s Motown by way of a possessed madman. Yes, that good. It’s a bluesy blow of grinding guitars, drubbing drums and best of all—Manuel’s signature banshee bellow. If you’re on the barbed fence as to giving ZEAL AND ARDOR a listen, this song will rip you down, give your ears a much-needed thrashing and convert you on the bloody spot. And you will thank them for it.

But that’s not to say the rest of the album doesn’t have its other punctuations of primal perfection. Amidst the electronic interludes like “Fool” (which sounds like something out of a CYRIAK video) and a melancholic number (“The Hermit”) that makes one feel as though they’re basking by an idyllic tributary, several stand-outs continue the genre-defying tendencies which were planted in the band’s previous audio garden (DEVIL IS FINE) and are sprouting in fuller, more robust form here. “You Ain’t Coming Back” is a fierce articulation of anger and head-banging beats, while “Coagula” brings in the macabre chants of a Gregorian-style choir as guitar riffs puncture the gaps between their gloomy recital. Not only is it ominously bad-ass but almost comes off like a final spar between the realms of dark and light. The climax, “Built on Ashes”, concludes the morbid voyage in a beautifully blunt way. “You are bound to die alone” is the song’s repeated mantra, but the truth of such lyrics are conveyed within the context of a hard-rock spiritual. Choirs are merged with Gagneux’s gravel-tinged vocals in a crescendo of angst-ridden absolution that serves as a goose-pimpling closer to an already exceptional record.

STRANGER FRUIT isn’t just a damn powerful album, it’s one of 2018’s best. Manuel Gagnuex has evolved as an artist and his musical craftsmanship is on full, audacious display. This is the sort of music that crushes souls while lifting spirits; the sort of impactful resonance that comes along once in a blood moon. So take a chance, climb this forsaken tree and snag a juicy bite of its strange sustenance.