“AGNES,” a different kind of possession movie, gets a trailer & poster

It’s the latest from the acclaimed creators of 2019’s CLIMATE OF THE HUNTER, and it takes a couple of very unexpected turns.

Magnet Releasing has announced that it will bring AGNES to theaters and VOD December 10. Directed by Mickey Reece from a script he wrote with John Selvidge, it stars Molly Quinn, Jake Horowitz, Sean Gunn, Chris Browning, Ben Hall, Mary Buss and Chris Sullivan. The synopsis: “A nun’s disturbing behavior sparks rumors of demonic possession at a remote convent. When a priest-in-waiting and his disillusioned mentor are sent to investigate, their methods backfire, leaving a wake of terror and trauma.” 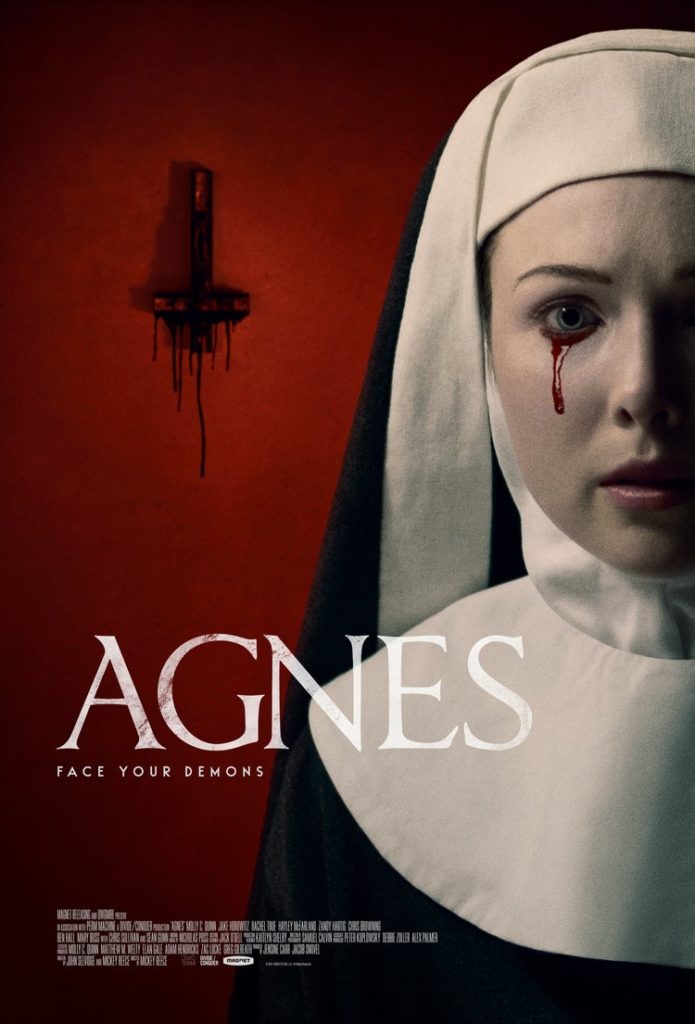