Shudder has announced that HELLBENDER will premiere exclusively on its platform Thursday, February 24. Written, produced and directed by the Adams family–Toby Poser, John Adams and Zelda Adams, who also created THE DEEPER YOU DIG–it also stars the trio along with Lulu Adams. The synopsis: “16-year-old Izzy [Zelda Adams] suffers from a rare illness that has kept her isolated on a mountaintop with her mother [Poser] her whole life. As Izzy begins to question her sickness, she pushes back against her confinement and secretly befriends Amber [Lulu Adams], another girl living on the mountain, but her newfound happiness is derailed after she eats a live worm as part of a juvenile game and finds an insatiable and violent hunger awakened within her. To understand the hunger, Izzy must learn the dark secrets of her family’s past and the ancient power in her bloodline.”

See our review of HELLBENDER here, and read our interview with the Adams family in RUE MORGUE #204, now on sale. 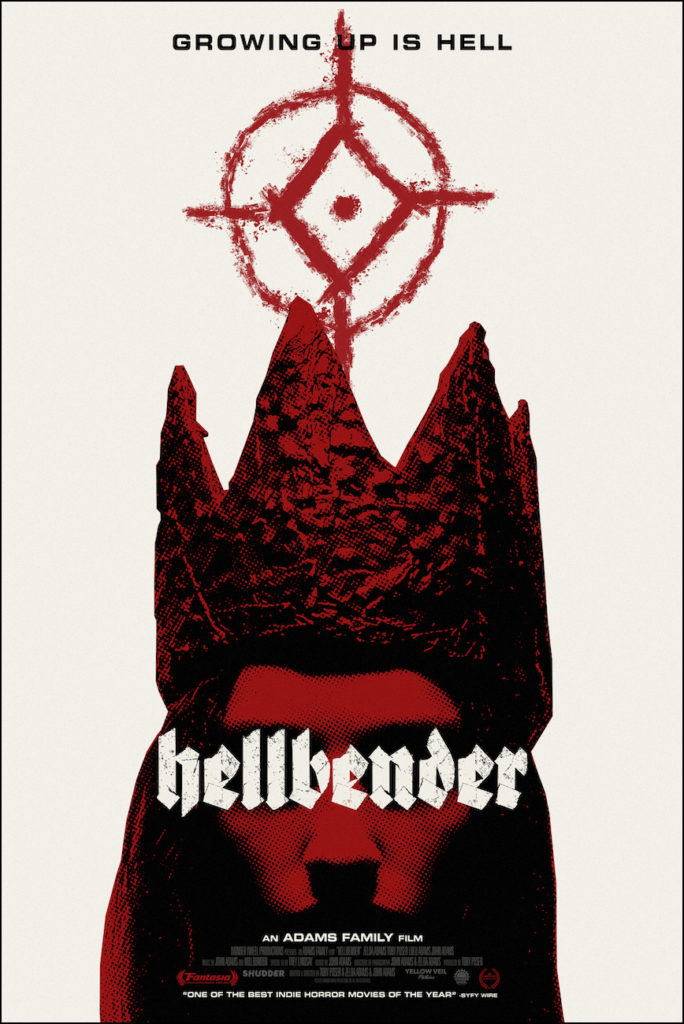