A Trip to Salem Horror Fest!

It’s not exactly Disneyland, but Salem, Massachusetts is among the higher-ranking tourist destinations for fans of the macabre, having embraced its history as the site of mass hysteria that sent over 200 accused witches to the gallows between 1692 and 1693. I’d always meant to go, so when Salem Horror Fest founder Kevin Lynch invited The Faculty of Horror to attend as guests, I packed up my broomstick and my co-host and headed to New England!

We arrived in Salem via a packed train from Boston, and the crowd that marched single-file out of the train continued along Salem’s red line tour that provides an artery throughout the city’s historical attractions. The main strip was exactly as I’d pictured it – a cobblestone, marketplace area lined with vendors, performers, food trucks and quaint witchy tourist traps. I mean ‘tourist trap’ in the nicest way, of course – I was happy to purchase several spell candles for myself and friends as well as a creepy chicken foot for… soup? I’ve no idea; I just thought it looked cool! 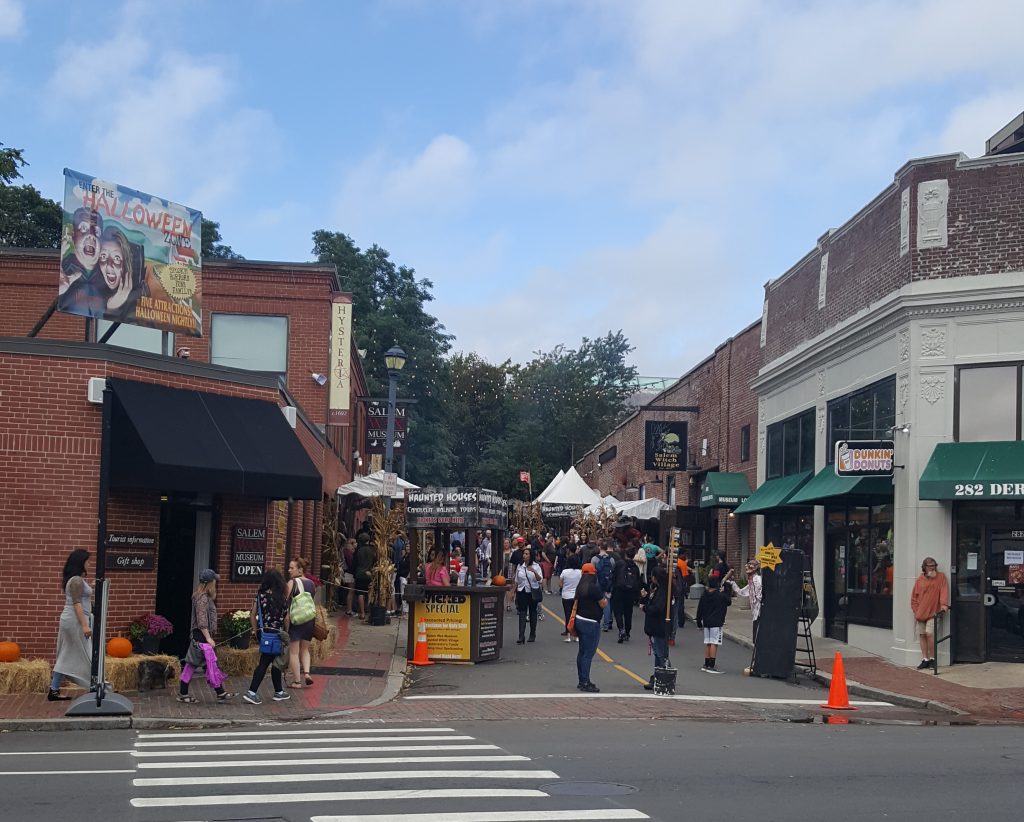 Salem is also the home of the Peabody Essex Museum, which (to my rapturous delight) was hosting the It’s Alive: Classic Horror and Sci-Fi Art from the Kirk Hammett Collection exhibit. There were posters galore with detailed captions explaining their relevance to the art form, as well as Kirk’s own sweet guitar collection! We also hit up Salem’s only monster museum, Count Orlok’s Nightmare Gallery, and while photography was prohibited, you’ll just have to take my word that’s possibly the best haunted house attraction I’ve ever been in. The figures were as stunning as the ambiance, and well worth a visit! 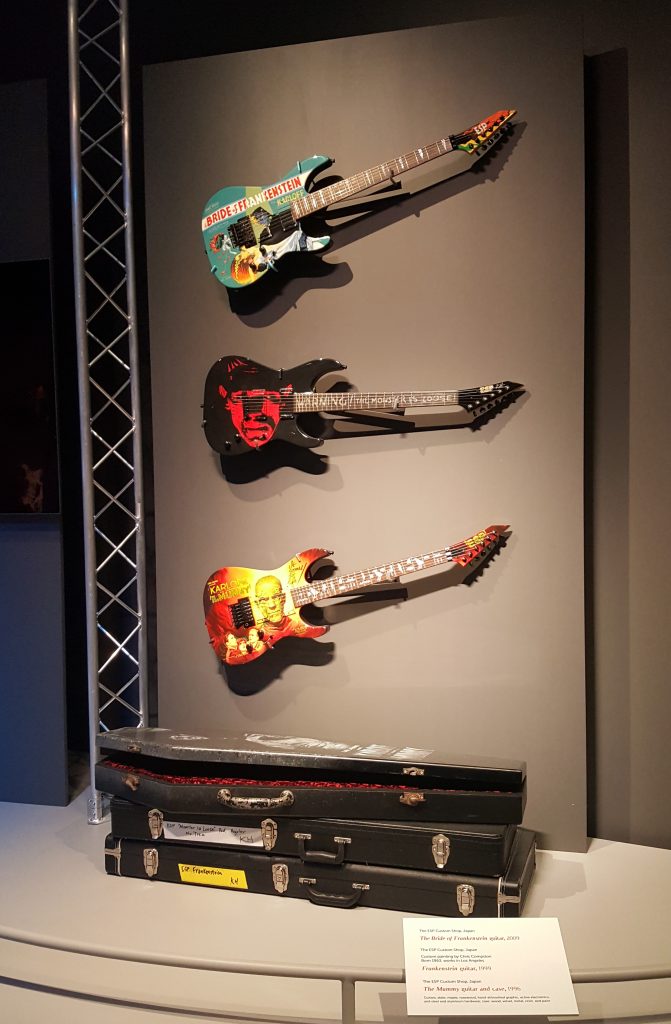 The Salem Horror Fest itself took place at CinemaSalem, a four-screen independent community movie theater. The Saturday night programming, titled Women With Guts!, brought in actor Lar Park Lincoln and producer Tara Ansley as guests along with screenings of Friday the 13th Part VII: The New Blood (where Lincoln plays telekinetic final girl Tina Shepard) and Ansley’s latest, the indie darling Tragedy Girls (which Alex West and I both loved). Kane Hodder was also in attandance, and did signings at Count Orlok’s on the Sunday. Alex and I moderated a quick chat with Lincoln and Ansley about their roles and careers before heading to the retro-video-game-themed Bit Bar – I recommend the Ghost Eater cocktail, a spicy/sweet margarita. 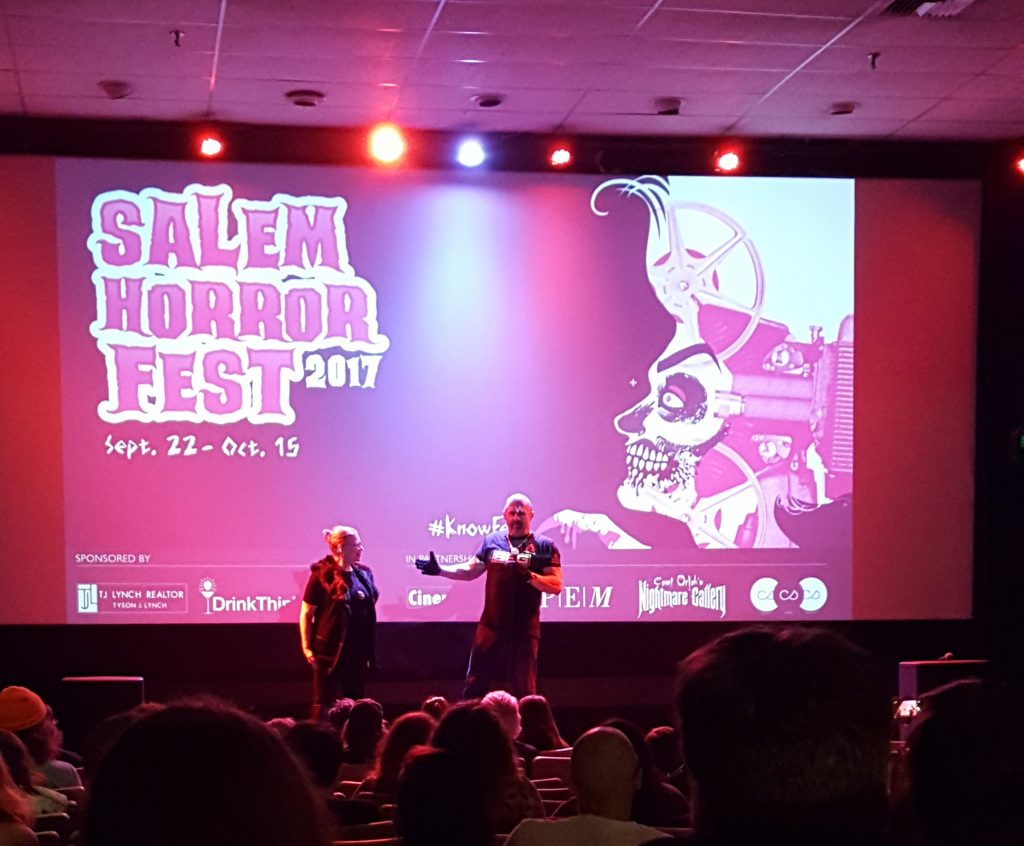 The following night was a big one for us – The Faculty of Horror‘s first-ever live podcast! Alex and I have been doing the show for going on 5 years now but with the exception of a few special guests, it’s always been just her and I in the Rue Morgue vault, sipping wine or beer between segments, and basically having a conversation. We were delighted to learn that many in the crowd travelled from as far as California to attend our live show, in which we discussed Mary Harron’s American Psycho, which screened later that night with Texas Chainsaw Massacre. I did record the audio of the live show, so look for that episode to drop later this year! 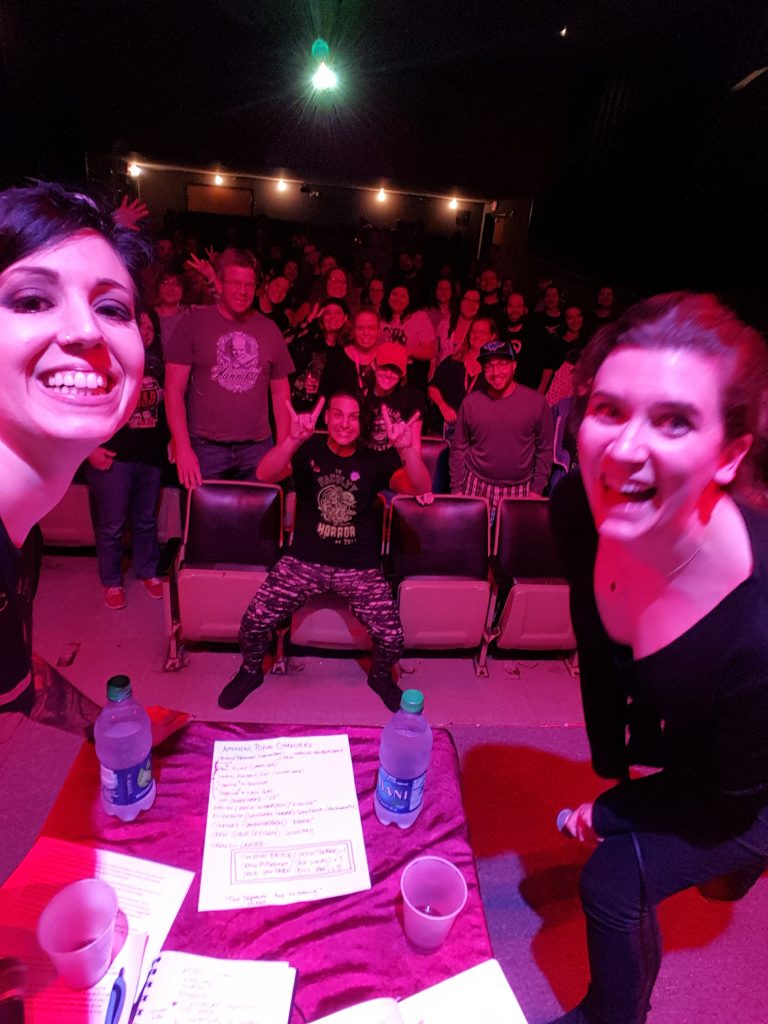 As our time in Salem came to a close, Alex and I travelled back to Boston, where we had a few days to check out the city. Highlights included a visit to Target’s Halloween section, naturally (we don’t have those here in Canada anymore), and a haunted trolley tour! Ghosts and Gravestones took us through several historical cemeteries (after-hours, no less) and recounted the stories of the Boston Strangler, the Ghost Watchman of Boston Harbour and the secret North End tunnels that inspired Lovecraft’s classic 1927 horror story Pickman’s Model. 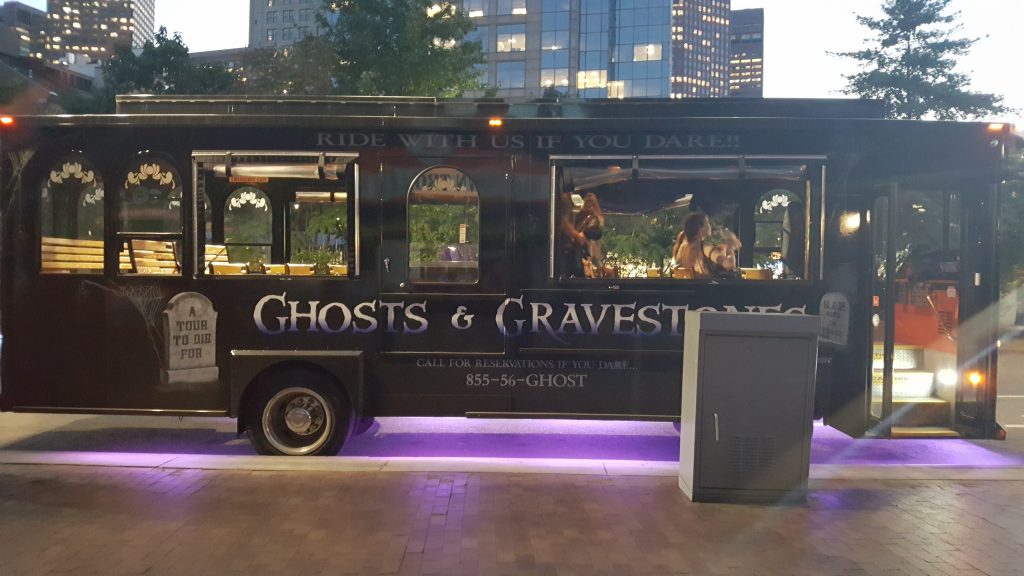 Salem Horror Fest has one weekend of programming left with another live podcast, and double-header screenings including Videodrome, Halloween 3 and Fright Night!