The actress ventures through a swinging and scary London in Edgar Wright’s eagerly anticipated horror/drama.

Following her breakout role in Taiki Waititi’s JOJO RABBIT two years ago, Thomasin McKenzie nabbed roles in two of the highest-profile genre films of 2021. She had a supporting part in M. Night Shyamalan’s OLD, and now she’s front and center in LAST NIGHT IN SOHO, the intoxicating and intense new movie from the director of SHAUN OF THE DEAD, THE WORLD’S END and BABY DRIVER. Scripted by Wright and Krysty Wilson-Cairns and opening this Friday from Focus Features, it casts McKenzie as Eloise, a fashion student in present-day London who finds herself transported back to the city’s ’60s heyday, where she follows an ambitious aspiring singer named Sandie (Anya Taylor-Joy). As Sandie’s situation becomes increasingly sinister, Eloise becomes caught up in a living nightmare that bleeds over into her reality. RUE MORGUE landed a brief chat with McKenzie to discuss the movie’s shifting tone, its nastier effects and more…

LAST NIGHT IN SOHO shifts from being a drama in the first half to a horror film in the second, so did you have to adjust your performance at all to make that transition?

I always think that within a performance, you don’t want it just to be on one note the entire time. It’s important to see a range of emotions from your character, from joy to despair and anything in between, and that way people are able to get to know that character. With Ellie, because so many people in the film don’t believe in what she’s going through, I wanted to be the one to believe in her. So I took the role, and I took her reality, very seriously.

You worked with more horrific effects in this film than you ever have before; how was that experience?

[Laughs] It was good; it was very sticky! All that fake blood is not the most comfortable thing to have on your body, though it looks great! I’m quite a squeamish person; I know a lot of actors love having all the blood and all the gore and everything, but it disturbs me a little bit, though it has the intended effect.

How about dealing with all the digital effects?

That was really interesting, actually. I don’t think I’d ever done anything with CGI before, and I had to go into a big black tent that was full of motion-capture cameras, and I had to do all of these different facial expressions so that they could manipulate my face in postproduction. It was a very interesting process.

You’ve recently worked with two of our most distinctive genre filmmakers, Edgar Wright and M. Night Shyamalan. How would you compare the two of them?

The similarity is that they’re both very specific directors. On LAST NIGHT IN SOHO, Edgar had a very solid idea of what he wanted to achieve, and how he wanted to get the shots, which was great for me, because it helped me to pick up my momentum and my rhythm a little bit. I tend to sit more in stillness and in subtlety, so it was a great challenge to be more specific in my performance and my intentions. It was amazing working with Edgar, because he kind of helped me to break out of my naturalistic comfort zone. 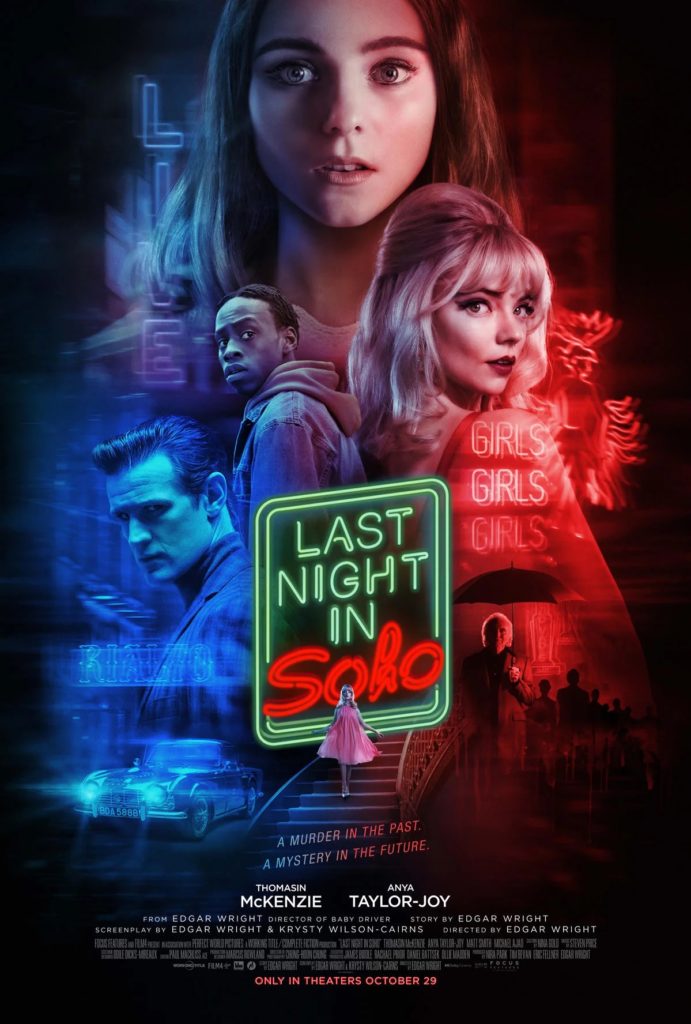