’80s horror homage “SHE CAME FROM THE WOODS” gets a release date, trailer & poster

It’s the new genre outing from the director of TEN MINUTES TO MIDNIGHT and LONG LOST.

Blue Finch Film Releasing will bring Mainframe Pictures’ SHE CAME FROM THE WOODS exclusively to select theaters February 10. The horror/comedy was directed by Erik Bloomquist from a script he wrote with Carson Bloomquist, and the duo produced with Cara Buono, genre vet William Sadler and Adam Weppler. The latter three also star along with Clare Foley (SINISTER), Spencer List (FRINGE), Michael Park, Tyler Elliot Burke, Ehad Berisha, Giselle Torres, Dań Leahy, Sienna Hubert-Ross, Erik Blomquist and Emily Keefe. The synopsis: “In 1987, a group of counselors accidentally unleash a decades-old evil on the last night of summer camp. As the situation turns bloody, the group is forced to confront what stories are worth telling and what secrets are worth keeping.” 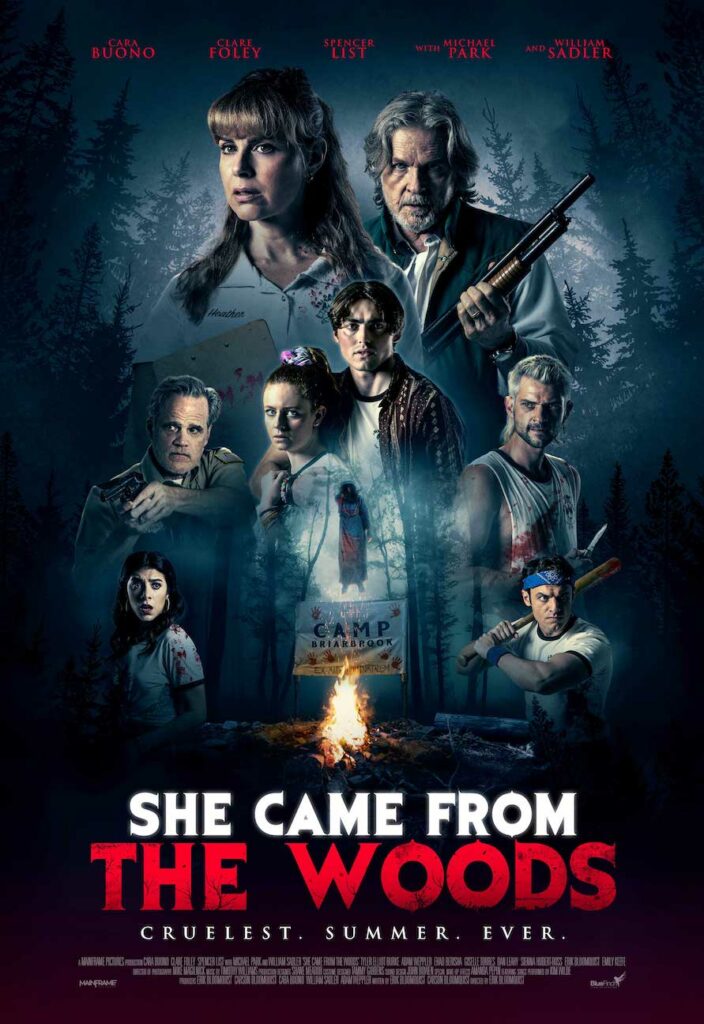